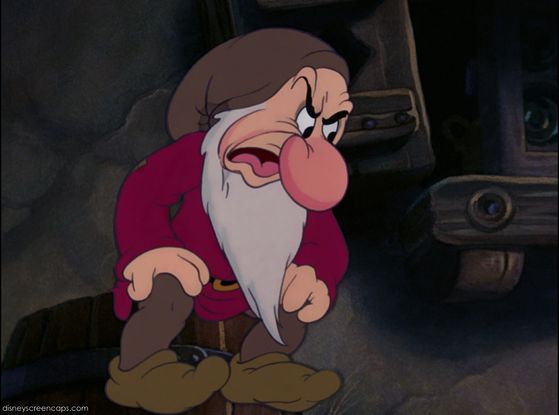 Grumpy starts our вверх 10 character list. He's the Snow White dwarf that went еще far in the countdown (something that I already expected). Grumpy is one of the most memorable characters from Snow White and the only one that doesn't act dumb through the movie, but people do sympathize with him. In fact, grumpy characters like him and Merryweather made it pretty far in this countdown. However, Grumpy was a bit mean to Snowy in the beginning of the movie, so he didn't make it any higher.

"grumpy is just too... grumpy. His constant mood makes Ты feel a little down. или at least it does to me.." - justinfangirl

"His grumpiness is so funny, and he is the only dwarf with a lick of sense." - Swanpride 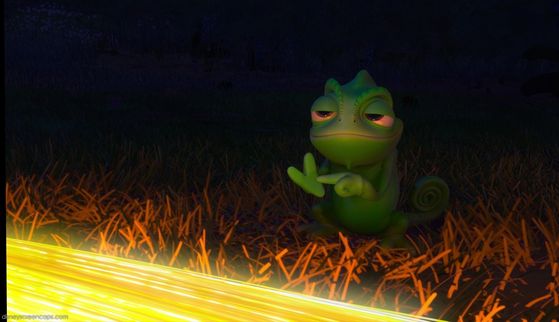 Pascal is the kind of sidekick that is Далее to his princess all the time, but he isn't as helpful as Cinderella's mice, for instance. But I believe that he made this far because he's funny, has an extremely interesting Дизайн and althought he has a very big screentime, he never annoys the audience like Meeko или Ray.

"Pascal needs to be saved." - Pink_Love 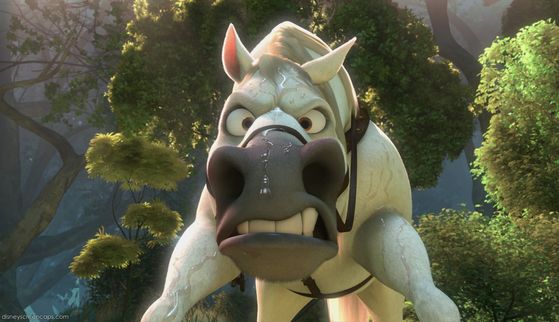 The last Рапунцель - Запутанная история character to leave, Maximus was a very refreshing horse, with his dog personality, but he is still just as badass as Sansom или Kahn. However, some users have been voting him out since the first rounds. They say that Maximus gets on their nerves because he was after Flynn for a big part of the movie.

"I Любовь Max, he's hilarious! I am voting for him now because there are some scenes in the first half of the movie, where I find him a bit annoying." - Maximus

"Anyone who physically abuses Flynn is bad in my books. Maybe if the horse acctually SERVED it's comedic function, I'd let it slide. But honestly, maximus is just plain irritating." - JaymeRay 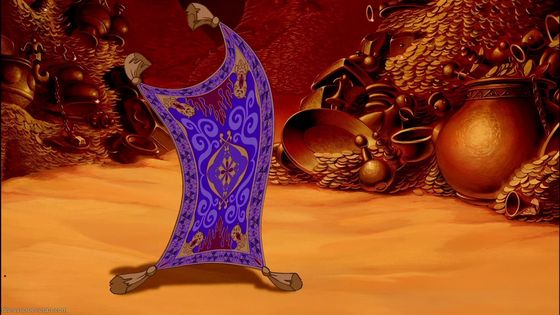 Аладдин definetely is the character with the most iconic sidekicks, and 3 of them made it to the вверх 15. Carpet is a clever sidekick, and one of the most helpful ones(I forgot how many times he saved Aladdin's ass). His Анимация and Дизайн are amazing, but in personality terms, he is very far from the other sidekicks.

"I like Genie the last - I don't think that he is particular funny или interesting. But at least he is a character. Carpet isn't. He is just an animated Carpet with the personality of a dog. еще useful than a dog, but otherwise, there is nothing to him." - Swanpride

"The carpet, as a character, doesn't serve much purpose. As an object, yes. But I see why they had to give the carpet life." - heathersvan 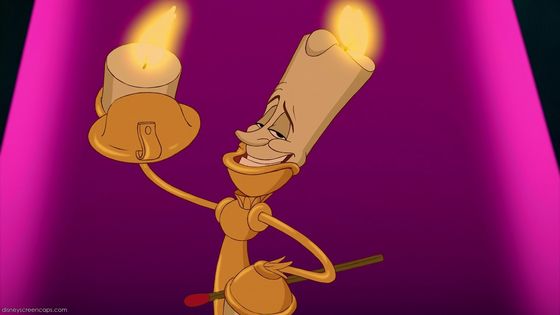 Considered by the users as the best sidekick from Beauty and the Beast and just like others sidekicks from that movie, Lumiere has a very clever design, sings one of the movie's most memorable songs and provides some of its funniest momments. He's just not as helpful as most of the вверх 5 characters. One user mentioned that he helps Belle in his own benefit.

"He helps Belle only for his own benefit. After Belle left the castle, he said, "maybe it would have been better if she had never come at all" - 3XZ

"He is a womanizer" - Swanpride

I am very surprised that Merryweather made it to the вверх 5. Along with Grumpy, she's the only classic sidekick who made it to the вверх 10. Along with Fauna and Flora, Merryweather carries the movie, and provides a lot of funny scenes while changing Aurora's dress color from розовый to blue. However, just like the other fairies, "Merry" wasn't particulary smart, since she wasn't careful enough to prevent Aurora from touching the spindle. 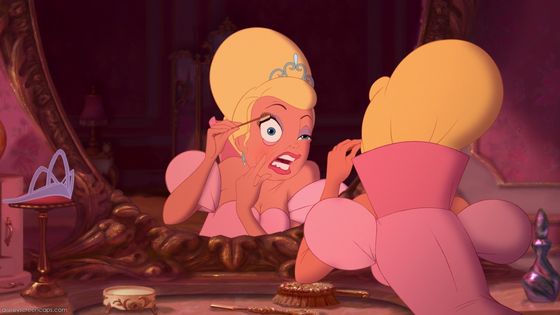 I already expected Lottie to go very far in the countdown, since she is extremely Популярное in Fanpop (Personally, I wished she made it even higher). I'm sure she would be the winner of this countdown if she had еще screentime with Tiana, but seeing that she would Kiss Naveen and give up on him because of her friend, one can easily notice how supportive and sweet-hearted Lottie was. In fact, Lottie is one of the most unique characters in all DP movies.

"She only seems to be concerned with herself and getting her Prince. There is a moment at the Маскарад where she feels bad for Tiana, and helps out by letting her borrow a dress, but the whole time she's talking about dancing with Naveen and how they would probably be engaged soon. She compliments Tiana on how pretty she is when she comes out in the dress, but anyone can see how upset and distraught Tiana was, but шарлотка, шарлотта was too caught up in herself and landing a Prince to care. That always rubbed me the wrong way." - DreamyGal 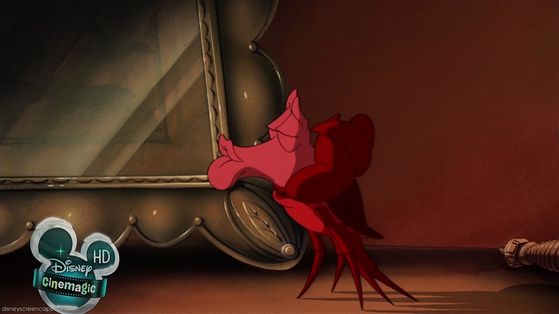 Sebastian works as a counterpoint to Ariel's personality, but at the same time, he is a flawed sidekick in the same way Ariel is a flawed princess. But some people just don't understand that and get annoyed when he reveals Ariel's secret to Triton (though I still think that Triton was smart enough to put him against the Стена - and part of that was actually shown). Other than this, Sebastian is one of the funniest sidekicks, one of the most helpful ones and definetely the one with the most memorable songs.

"Sebastian's just an annoying fuck sometimes. And no, Ariel was not selfish and self-absorbed at all, just mildly lacking in the common sense department. I do appreciate Sebastian trying to help her, but I think there's a line between trying to help her and getting her into trouble with Triton because Ты couldn't keep your mouth shut -- and if anything, if Sebastian hadn't ratted her out to Triton, Ursula wouldn't have found a way to take advantage of her, and everything wouldn't have nearly gone to shit. Also, something about his stereotypical Jamaican accent just...bothers me. (I'm sorry)" - ladyhadhafang 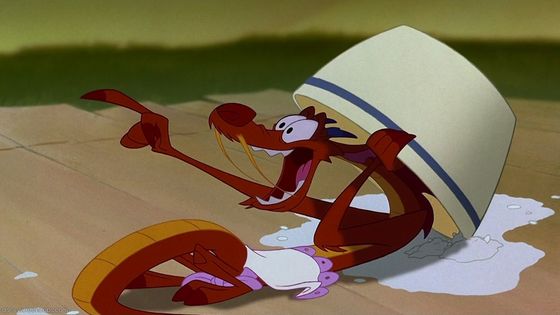 Mushu's results were pretty akward - He was stuck in a tiebreaker that could have prevented him from staying in the вверх 10 (in fact, some people voted him out since the first picks), but he somehow made it past Sebastian. Mushu has a very unique relationship with his princess, since he started helping her in his own interest (that's why he has so many haters. But his funny personality and the Eddie Murphy voice are the biggest reasons for his high placement.

"He's out for himself, and drives me nuts with his constant talking. He completely steals the spotlight from Mulan." - milky-way 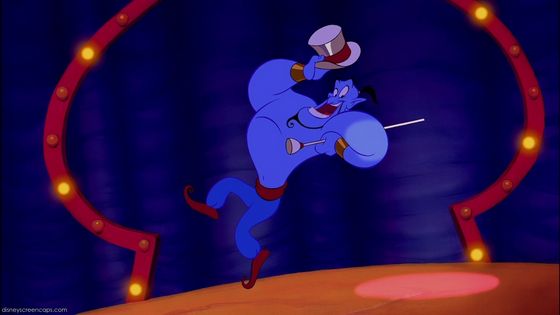 A lot of words can be used to describe Genie. He's iconic (as much as Fairy Godmother), refreshing, funny, helpful, amazingly animated and has one of the greatest voice performs among Дисней characters. His personality and pop culture references are the movie's soul, and he has an interesting relationship with Аладдин (the scene when he leaves is one of the most emotional in the end). He sure deserves to be Fanpop's Избранное sidekick.

I hope Ты liked this countdown! I will start the best villain sidekick as soon as possible = )

Please comment!
Disneyotaku, tsyyastdgd and 3 others like this
hisblueeyes I'm so happy Genie won! He totally deserved it, though I wish Lottie made to the top three. Nice article, and great countdowns!
JaimeRay Of course Genie is first and Mushu is second! I'm not sure how Pascal got on the list, but I'm glad :) Lumiere <3 Nice countdown article! I'm so looking forward to the villian sidekick one!!
JaimeRay LOL - Disney Princess - the only place where a carpet is considered a sidekick!
court9008 I'm glad Genie was #1 :) Great article
BelleAnastasia Sebastian, Mushu or Lumiere should have won. But Genie definitely deserves a place in the top 5!
Swanpride I actually think that Mushu might have beaten Genie, if he wasn't voiced by EM. I very much prefer him in other Dubbings. The funny thing is: I mostly agree with the countdown, but in the top ten, everything got screwy for me. Mine would look this way: Maximus, Merryweather and Grumpy (not necessarily in that order), Mushu, Lottie (who would be higher if she had more screentime with Tiana together), Sebastian, Lumiere, Jaq (who didn't even made it that far), Pascal (he is not falshy, but very important - he is more or less Rapunzel's bravery) and then Genie.
ladyhadhafang Genie won! Hell yeah! :D Seriously, Genie is made of awesome. :3
Awinitarose I'm so happy Genie won. He's such a lovely character, and I just can't help but love him.
SailorM91 I'm happy with the top 6 but I think Pascal & Maximus should not be in the top 10 :)
Pink_Love I like that Lumiere got so far. I do love him. && Maximus && Pascal are great as well. Great Article.
MagicPrincess YES!!! I love Genie!! He is just amazing- and has a song!!! Great article!!!
PrincessLD Great Number 1! Genie is just GREAT! Robin Williams make a wonderful job! I love that Fanpop's favorite sidekick is also mine!

1
Non/Disney Couples - Marry Ты
added by chericherry
NOT MINE!
video

Colours of the Wind (One-Line Multilanguage)
added by aitypw
video 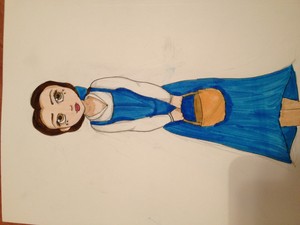 4
Little Town, It's a Quiet Village
added by purplerose17
Source: Me 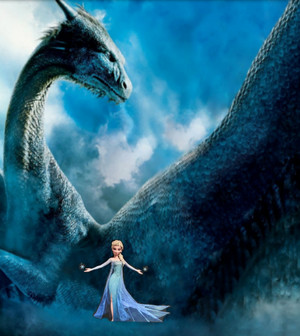 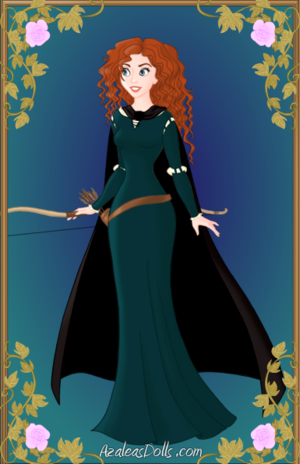 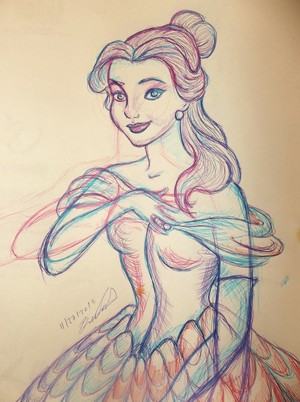 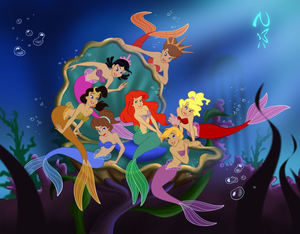 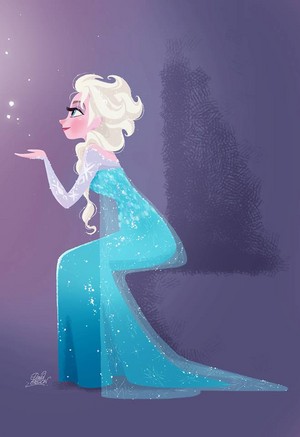 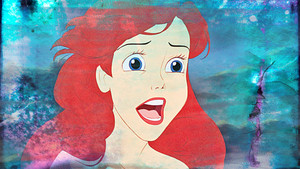 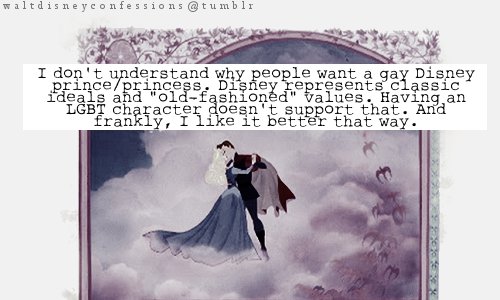 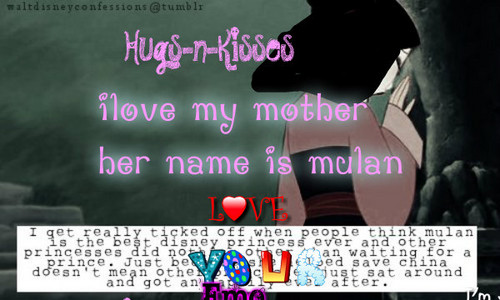 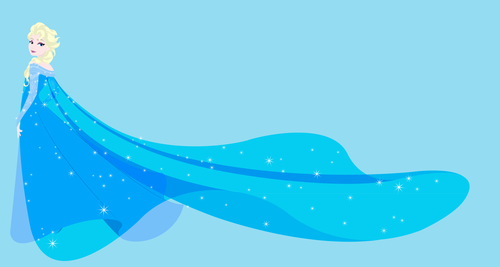 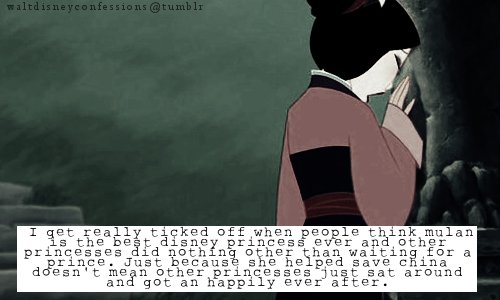 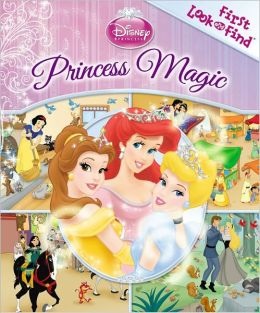