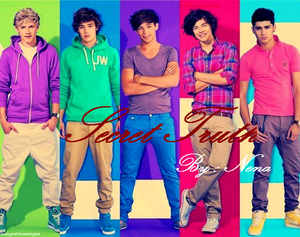 
We laughed for 30 минуты till I felt to arms around my waist and a head on my shoulder, “Having fun without your boyfriend. How mean!” He сказал(-а) and kissed my neck.
“Hey Lou….you came?” I joked, “I thought Ты forgot!” I made a fake, sad face.
“Forget about you? Never…” He kissed me, “…so what did Ты little, lazy girls talk about?” I asked him.

“Well, we talked about….wait, how did Ты called us?” He turned me around to face me, “Little. Lazy. Girls.” I smiled.
“Oh that’s it!” He lifted me, so I couldn’t touch the ground, leaned me on his shoulder and run to the water with me together. We fell into the water. I got up and wanted to get out of the water but he pulled me and raised me again. We smiled very hard and looked each other into the eyes. Then we kissed. He let me down, but still holding my waist and I locked my hands around his neck playing with his wet hair.

We pulled away smiling, “Is the little, lazy girl angry?” I joked moving some hair bangs from his eyes, “No, she’s hungry.” I looked confused at him, but he smirked. That made me uncomfortable. In the same секунда he pulled me closer to him and began biting my neck. That tickled me horrible. I laughed and tried to pull away, but he didn’t let me, “God, Ты look hot…” He whispered into my ear and made me blush.
“You don’t look bad either…” I looked at his red Bermuda shorts.
“Excuse me, would Ты please let me get out?” I asked nicely.
“No.” He replied simply and I looked annoyed.
“You know, we can make-out somewhere else…” I сказал(-а) smirking and he let my waist go. He wanted to know where, but I just run away and hide behind Zara, who laughed her жопа, попка off.

“No, Louis stay away!” I ordered, but he didn’t listen he continued to run after me, “Louis, stay away, you’re crazy!” I screamed when he caught me, “Yes, crazy about you.” He let me down and looked into my eyes.
“That was so sweet of you.” I smiled and kissed him. He took my hand and we walked back to the others and sat on my towel.
“Did Ты have fun?” Zara joked hugging her boyfriend.

“You can bet!” I сказал(-а) playing with Louis’s hair.
“I’m a bit tired of running. Can we stay like this for a while?” He asked me and I just nodded.
“Now we’re going to have some fun and Ты stay like that.” Alisha сказал(-а) and run to the see with the others. Just Bella was walking alone along the beach. She stopped and leaned against a tree.
Bella’s POV
I’m so sick of him. I hate him. I hate him and his gorgeous smile, his hot body and sexy hair. I hate the way he talks, walks, smiles. What am I talking about? I’m totally in Любовь with him. I don’t know why, but I just am. God, he’s so hot.
I thought about him and slam my hand at the дерево to stop being like that.

“Wow…is the little princess mad?” I heard a voice behind the tree. I saw him. Why, from all the people in the world he had to come?
“What do Ты want Niall?” I asked arrogant.
“Just wanted to see if you’re ok…” He smirked.
“Stop smirking Ты stupid idiot!” He looked mad now.
“Oh stop being so arrogant Ты little princess!” Now we both were pissed.
“Why do Ты always act like you’re something special? You’re not Niall!” I yelled at him.
“Oh and Ты think you’re something special?” He replied.

“I hate Ты and your way of talking…” I сказал(-а) coming one step closer to him.
“I hate Ты more.” He came a step closer to me.
“I wish Ты could just get out of my life!” I сказал(-а) annoyed.
“You know what?!” He сказал(-а) angry coming closer to me. Now we were only a few inches away.
“What?!” I asked angry. He cut me off with his lips. He put his hands on my cheeks. I couldn’t run away. I didn’t want to. I kissed him back. I slowly put my hands around his neck and my fingers played with his blond hair. He let go of my cheeks, but not of my lips. He continued Поцелуи me and put his arms around my waist. He pulled me closer to him and I felt him smile against my lips. We pulled away after 20 минуты of making out.

“So Ты hate me?” I asked smirking. I pulled away from him, wiping my mouth from the mix of his and my saliva.
“I could ask Ты the same question.” He pulled me back to him.
“Yeah right, then why did Ты Kiss me?” He looked at me as I asked that.
“Because I Любовь Ты and I know Ты Любовь me too.” He looked into my eyes.
“How could Ты know that?” I asked sarcastic.
“Because your sweet little mouth told me that by Поцелуи me back.” He put his finger on my lips. I blushed and he continued, “…and your tongue wasn’t shy either.” I blushed even еще and thought to myself that he’s so hot.

“What are Ты thinking of, love?” He asked smiling.
“That you’re crazy!” I lied.
“You’re laying. Tell me the truth.” He сказал(-а) calm.
“You want the truth?” I asked and he just nodded, “God, I think you’re hot.”
As I сказал(-а) that he looked a bit shocked, but then smirked and pushed me against the tree, “I look hot, but Ты look so sexy. I could just…” I raised an eyebrow and smirked.

“Really? Ты could….so why don’t you?” I touched his shirtless body. God, he had muscles. Then I thought about something to make him mad. I put a confused face, “What is it babe?” He asked.
“I see Ты have muscles…” He smirked, “…but Liam has better muscles.” He opened his mouth and raised his eyebrows.
“…but Ты still think I’m much hotter than he, right?” He smirked and raised my chin with one of his fingers, “you have no idea!” I сказал(-а) and press my lips at his.

“I Любовь you…” I heard him whisper against my lips. I smiled because I know that he loves me too, so I kissed him harder. He placed his hands on my butt and I wanted to pull away at that but he didn’t let me. Always when I wanted to pull away he pulled me back to him in the same second. God he’s so hot. I really Любовь him.

“Niall, wait! I want to tell Ты something…” I сказал(-а) but he didn’t listen and just continued with Поцелуи me, “Niall!” I yelled and then he pulled away, but just a few inches. I could still feel his breath on my face. 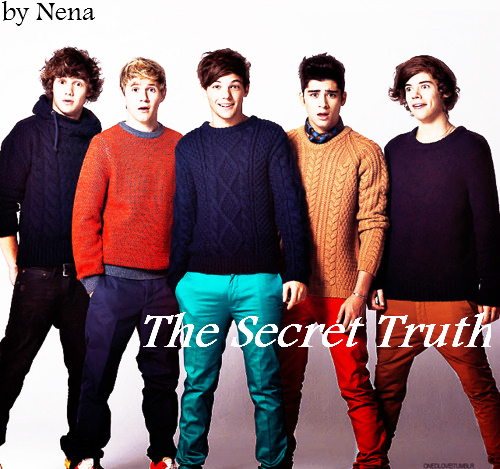 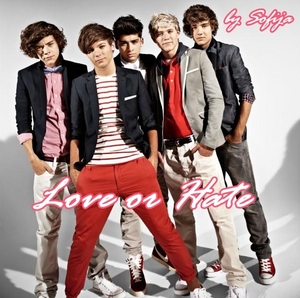 
Zayn's POV
''Liam!!! Turn of that music!!! I am trying to sleep here!'' I am really mad at him right now !
''Oh come on Zayn ,you sleep all day!'' He answered from toilet. Ohhhh I hate him! Why does he always have to listen a Музыка when he is taking a shower?
''Dear Liam , Ты know that we are having a концерт tomorrow , right?'' Harry yelled from the kitchen. Hehe I Любовь Harry , he is always on my side , except when we are fighting over a girlfriend.
''Okay , okay guys , i will be done...
continue reading...
1
Katherine Schwarzenegger likes Harry ??
posted by lois4
One Direction звезда Harry Styles is an eligible bachelor now he has трещина, сплит from The Xtra Factor host Caroline Flack and one person hot on his single tail is Arnold Schwarzenegger's daughter Katherine.

It was recently reported 22-year-old Katherine developed a crush on Harry after watching him in a video with his band.

Katherine tweeted: "Just watched my first One Direction video with my cousin and @Harry_Styles is a cutie indeed!"

And it seems Katherine couldn't wait to see him again and has since tracked Harry down at Nickelodeon's studio in Los Angeles, where One Direction have been filming tween...
continue reading...
one direction, cher and vocal coach savan in L.A!!
posted by johncenaw85oi
THEY'VE barely learnt their times tables, but ONE DIRECTION are already living the high life in LA.
The X Factor stars, who came third to MATT CARDLE and REBECCA FERGUSON in the ITV1 show, spent their first день across the pond splashing their cash in the shops.

ZAYN, LOUIS, LIAM, NIALL and HARRY have hit the USA for a series of meetings with Музыка moguls and big producers.

Reality TV pal CHER LLOYD showed them the ropes, having had a headstart in California.

The pint-sized rapper is already recording her debut album there, frantically tweeting about her run-ins with LIL WAYNE, and LADY GAGA producer RED ONE.

The group hit outdoor mall The Grove with their chum and vocal coach SAVAN KOTECHA.

They stocked up on clothes from Abercrombie And Fitch.

Cheeky Louis even rocked a T-shirt with a bold message for CHERYL COLE. It read: 'Cheryl call me....x'.
2
heartbreak for liam payne's family
posted by johncenaw85oi
X Factor boy band member Liam Payne has been suffering family heartbreak after his sister’s boyfriend died following a fight with a close friend.
The One Direction singer, 17, expressed gratitude for Фаны messages regarding the incident through his Twitter page.
He said: ‘Thanks to everyone for their support at this time, my thoughts and prayers are with the two families involved.’
His sister's boyfriend died on New Year's день from a перфоратор, удар, пунш to the head
Craig Glaze, who was in a relationship with Liam’s Sister Nicola, died after he received a blow to the head.
It has been alleged by the...
continue reading... 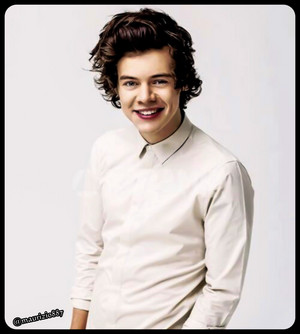 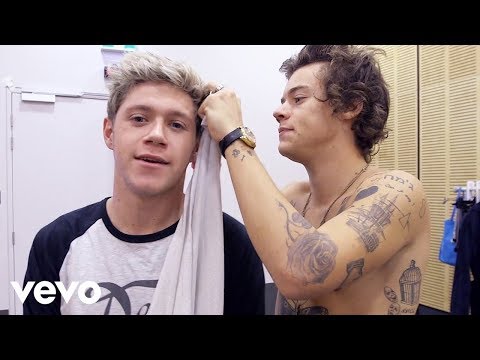 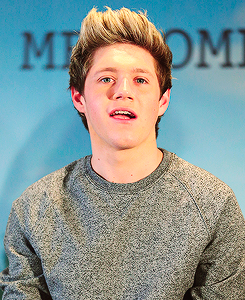 2
One Direction in Japan, 2013
added by Natbr
Source: Tumblr 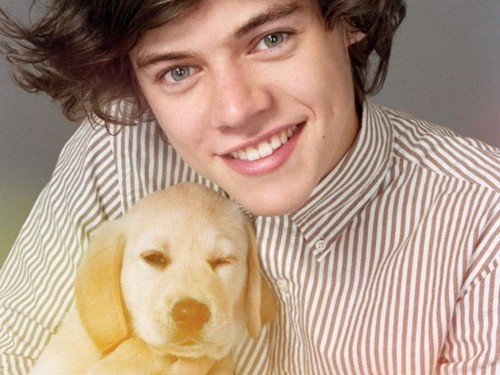 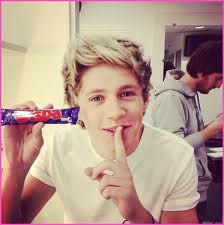 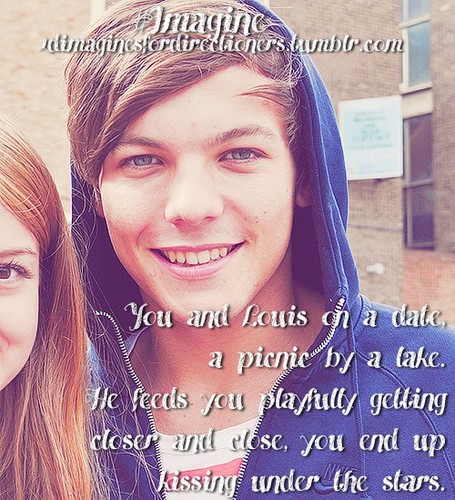 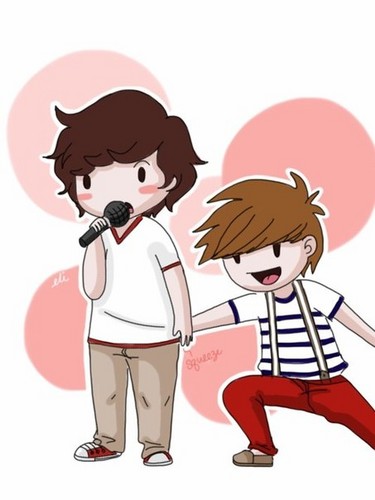 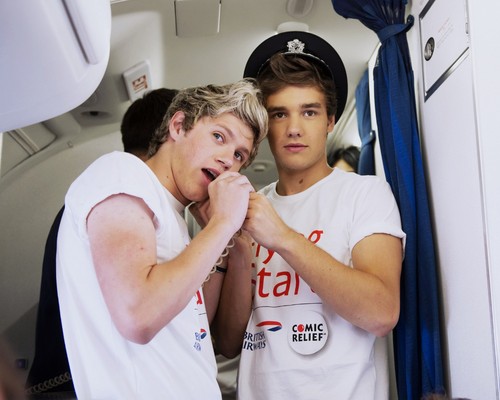 1
One Direction Обои
added by 1Derful-x
Source: Me <3 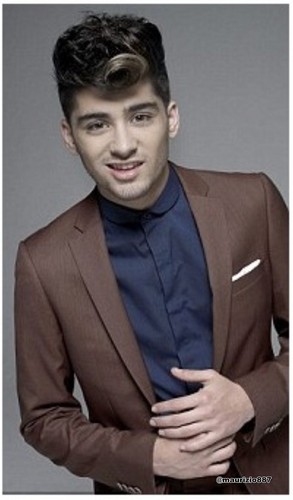 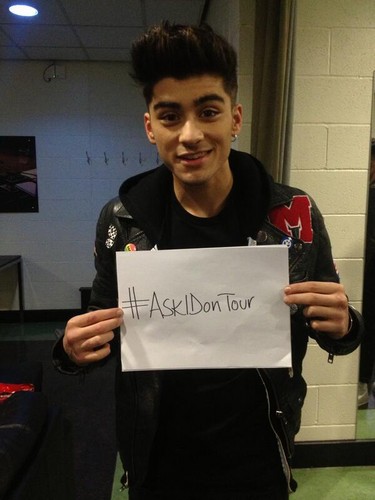 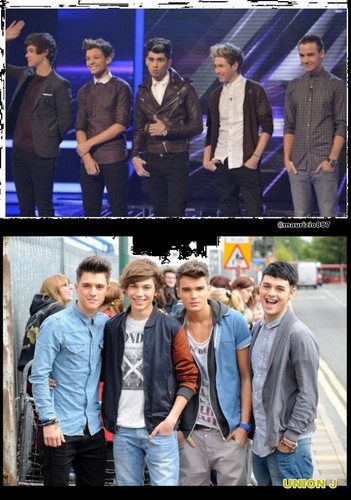