4
Personality Part 12
posted by Rainflowers
Эй, guys! I basically have all of Personality planned out in my head, the hard parts actully Письмо it!! I am going to try to finish it soon but, I don't want it to come to a sudden end. I want to finish it right.
Thanks for Reading,
Rainflowers!

After about two weeks in the hospital, Flora had fully recovered, well almost fully, she was still on medicane and excused from any field work for about another week, however, the Winx could that her back to thier dorm.

Layla was so excited to be able to pick up Flora, she had been sick so long, Layla was really starting to miss her. They were inches away from the Nurses Office when Bloom's phone rang.

Bloom felt the buzz before she heard the ring. She felt bad to stop moments before they picked up Flora but she had to see who it was. As she pulled out her phone, her caller id сказал(-а) Sky, she sighed but answered. "Hello?" she asked
"Hey Bloom, I was just wondering if Ты and the girls wanted to see a movie tonight." Sky said.
"Actully we were going to help Flora catch up on all her school work tonight and this weekend." Bloom сказал(-а) carfully hoping he wouldn't ask her to help Flora later.
"Flora can come to! Heila dying to see her anyway!" Sky сказал(-а) cheerfully. Bloom sighed in frusteration.
"Sorry Sky, but I think we're going to stay in tonight, kind of like a girls night, after all it's the first time that Flora's been out of the hospitale, I have to go, we about to pick up Flora," Bloom сказал(-а) then snapped the phone shut, not waiting for Skys response. The other Winx looked confused, but didn't care enough to stop on thier way to pick up Flora, all the girls turned around with Stella in the lead.

Stella couldn't wait to drag Flora on a shopping trip. She ran excitely to the Nurses office and blanged open the doors, she beamed as she ran over to the Nurse asking, "Is she ready?" The nurse smiled warmly and pointed to the resting room. "She in there," the nurse said, "waiting for you, I believe." Stella was exastic as she bursted through the doors of the resting room finding Flora fiddling with the zipper to her suitcase. She was so deep in thought that she didn't even hear the Winx come in. Stella made a 'sush' gesture at the others as she sneaked up behind Flora.

Flora heard something behind her. She froze afraid of who it might be. She had an odd feeling that who ever it was, they were going to jump her. She made sure to keep her head down until she knew the person was jumping at her then she turned around and flick her wrist saying "Nature Barrier!" and created a sheild around her. She heard the person hit the floor and turned to run until she realized who it was. " Stella!" Flora rushed to Stella's side and quickly apologized until Stella started laughing and the others did too.

Tecna laughed hard when she saw Stella fall to the ground, Serves her right, tring to sneak up on flora Tecna smiled as Flora arose and she rushed to go hug her friend who she had missed for so long. Before long, it turned into a group hug. "So," Stella started, "who's up for the mall?!"

Musa groaned, there was no way she wanted to go to the mall AGAIN. They had been so many times since Flora's ordeal. Musa saw Flora smile and decieded that it might be fun to go to the Mall. "I am!" сказал(-а) Flora with a smile and the others smiled back at her, glad to have thier friend back.

Timmy was fiddling around with Helia's computher when he heard Sky come in, he turned around and aske, "So Sky, what did Bloom say, is she and the others coming?" He was eager to see tecna again.

When Sky walked in, he looked gloomy. Brandon had a feeling that he wasn't going to see Stella for a while. He just hoped that everything was alright with Flora.

"The girls don't want to come because they want to spend with Flora," Sky sighed in response to Timmy's question. Helia looked up for the forst time since Sky came in. "Flora's out of the hospitale?" He asked excitiedly. Sky sighed again before answering. "Yeah, but the girls want to have 'girl time'." Sky сказал(-а) bordly putting air quotations around 'girl time'. Helia sighed and looked back down at his homework. He figured that he wouldn't be able to see Flora anytime soon. Brandon got up and patteed Helia on the back. He felt bad for Helia, after all he hadn't seen Flora in a long time.

Riven got up annoyed. He didn't see why girls needed 'girl time', while he would never admit it, he was really looking вперед to tonight. He sighed in frustration before stating, "I'm going for a walk." And he left the dorm slamming the door behind him, leaving the others in awe.

Outside Riven kicked a can side to side kicking it further each time. He sighed when he heard a russle in the bushes. He looked closer when Kembal jumped out.

Kembal laughed evily, "Where's the цветок fairy?" He asked with a wicked grin. Riven backed off a little. He didn't like the odds. 1.) He didn't have any weapons 2.) He was only aganist what looked like 10 people 3.) There was no reason to spare his life. "Like I'd ever tell you," Riven responsed, praying silently that someone would come after him, или something. Kembal smiled evily again and said. "Yes, Ты will, and you'll bring her into my trap, and you'll do it tonight." Riven violently shook his head, He didn't know where this was going but he knew it wasn't good. Kembal smiled once еще wickedly and said, "because if Ты don't, then I'll just pay a visit to a certaint Музыка Fairy when she'll all alone." Riven looked at Kembal in disbelife. He was torn in half.

Stella: So Flora, Ты broke up with Helia huh? Thats wierd when Ты left Ты were crazy about him.

Fake Flora: yea?? Well people change Ты know and that flora's gone so deal with it.

Tecna: Flora the way that you're Актёрское искусство is inlogical!!

Fake Flora:Yea well Ты guys better get use to it. Good night

stella: i swear thats not flora.

bloom:but it is . . . the teachers would be able to tell if it wasn't

layla: maybe we just have to except the fact that she's not Flora any more

Musa: Flora's just the last person I exepcted to act that...
continue reading...
9
A problem for Flora part 2
posted by iwatchthestars
(im sorry if i added characters, :) i know its mielle too :) people call her rose in the philippines thats why. and the brother was made up.. promise to make it better!)


*in the clinic...*
bloom: how is flora?
nurse:she'll be fine, just a faint
layla" *whispers to musa* thanks alot! thats great news, ms. smart nurse!
musa:haha!
nurse:whats with the laughing!?!
layla:uhh nothing!
stella: umm,, anyways... umm miss nurse! just tell us that flora is alright? i need to comb my hair..
everyone: STELLA !! =)))
stella: uff... i was just kidding, geez girls! cant Ты take a joke?
*flora wakes up a bit*
Flora:Bloomm......
continue reading... 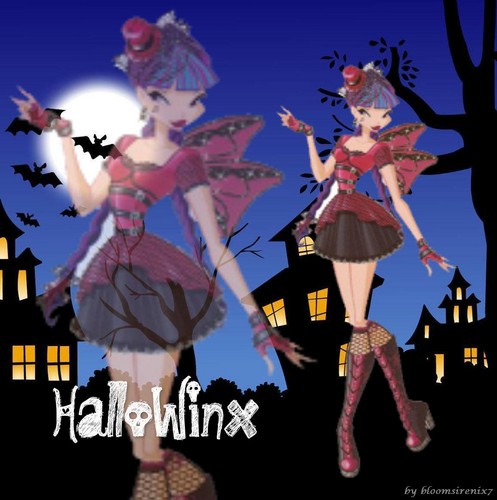 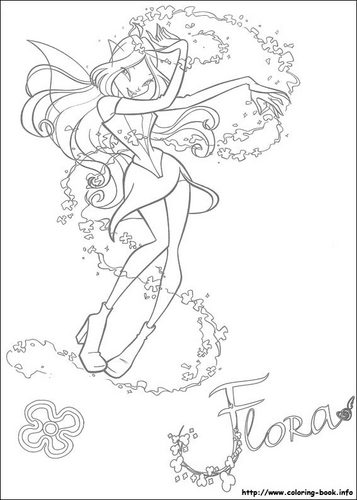 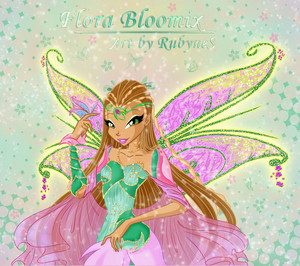 3
Flora Bloomix
added by nmdis
Source: deviantART User: Rubynes
7
Betrayal Chapter 3: Results
posted by Princess-Flora
this is like a flashback to what causes them to fall apart portrayed in each girl's view point, and why they act the way they do now.

----Just before Summer Vacation
The Winx all sat in their dorm talking. Everything seemed normal until one snapped. Flora had a few weeks off from set, and spent them with her Друзья but regretted it every moment. The Winx all got into a huge fight right as they were leaving and it was never resolved.

----The день after the dance
Now here they are senior год and nothing has been fixed from what happened just two months ago. Maybe if they had resolved the fight,...
continue reading... 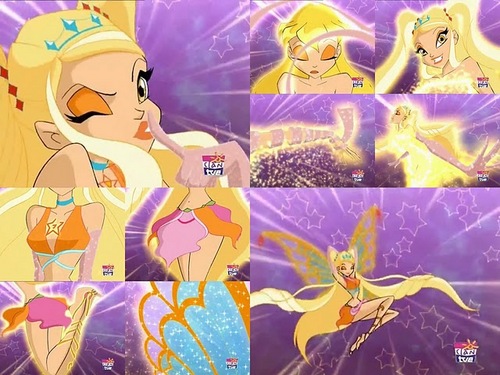 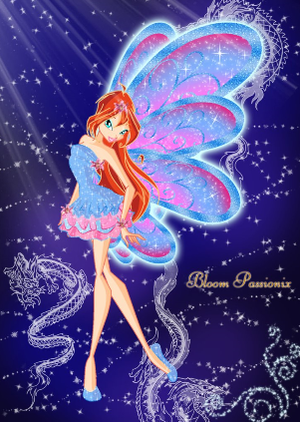 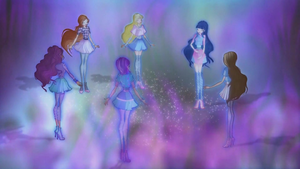 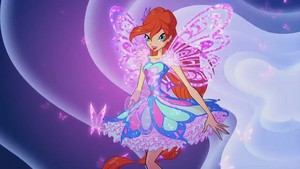 Winx Club
added by Zamiatina
winx club
posted by dragonflame23
Alfea and the neighboring boys school, Red Fountain, prepare for a ball to begin the school year. However, Headmistress Griffon of Cloudtower plans to spoil the ball as revenge for being excluded. She picks The Trix's suggestion of replacing the magic egg gifts with snake-rat eggs. While Bloom prepares her dress for the ball, she spots the Trix casting a spell on the eggs, so she tells her friends, and they reverse the spell in time for the ball. Later Bloom spots the Trix trying to steal Stella's ring, and tries to fight them off, transforming in a fairy for the first time. Although the Trix are able to escape, the other Winx girls inform Bloom that Stella's ring is безопасно, сейф and that they swapped the contents of the case with a baby утка (Pepe) that bonds with Icy. 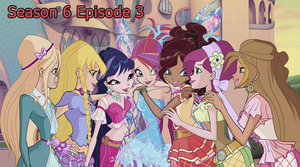 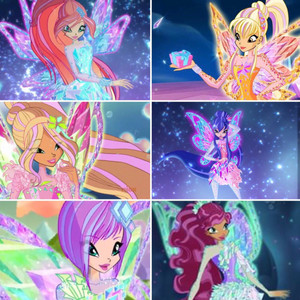 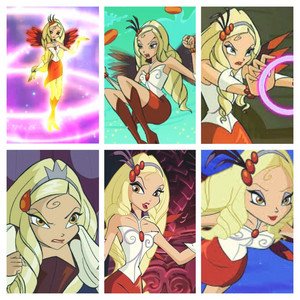 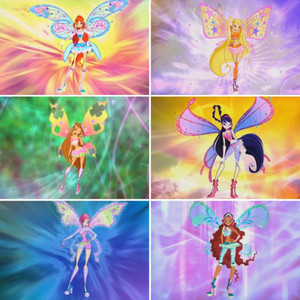 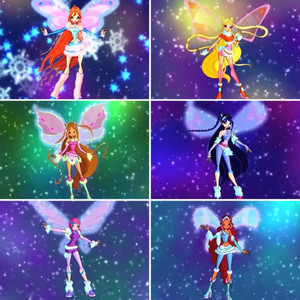 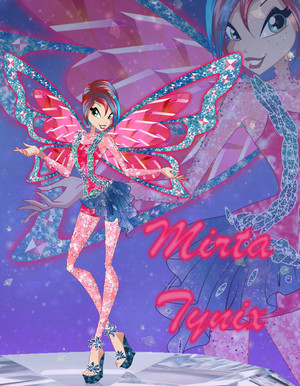 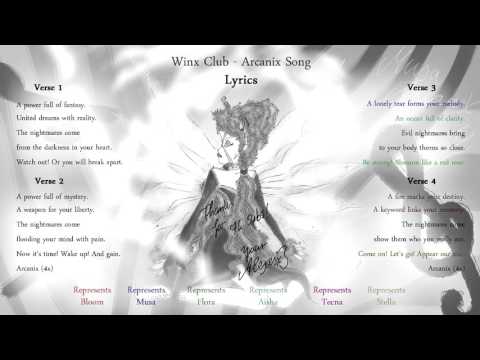