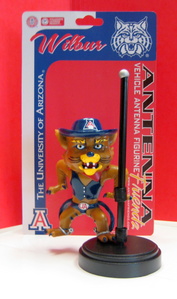 LOTS OF WILDCAT Влюбленные OUT THERE WILL Любовь THIS SO HURRY Ты COULD BE THE FIRST ONE TO POST A VIDEO, A COMMENT, ETC SO PLEASE UPDATE PUR WILDCATS PAGE. REMEBER TO ASK PEOPLE TO Присоединиться OUR WILD CAT LOVE
Adrienne Acton 76th on Smartasses Magazine 2011 вверх 100 Sexiest
posted by Smartasses
Former Arizona Wildcat, Adrienne Acton was named the 76th ranked Sexiest Woman Alive by Smartasses.Net on Thursday, March 17th 2011, when the online men's magazine revealed their everpopular who's who of the hottest women on the planet. 2011 marked the sixth annual год for the increasingly Популярное Smartasses вверх 100 Sexiest Women List, which comes out every St. Patrick's Day, to coincide with March Madness. For Acton, it was her third год on the list. In 2009 she was ranked 13. For more, visit Smartasses.Net.
More Cards
1234567891011