Getting By Ch. 17
posted by para-scence
"I think it's working," Carissa smiled at me. I sat between her and Rigby on the bench. Already, I felt great. My сердце was racing, and I almost couldn't sit still. After a few moments though, my eyes started to hurt. "They're just dilating," Carissa told me. "Here." She took off her sunglasses and handed them to me. I noticed her eyes seemed sunken in, and there were gray circles underneath her eyes. She blew her cigarette smoke in my direction.

"Thanks," I сказал(-а) energetically. My mind was racing, I could barely spit out the words.

"Just don't tell anyone," Jordan сказал(-а) on the other side of the circle. "We don't need to get busted again."

"It'll be fine," Carissa сказал(-а) calmly, sucking on her cigarette again. She looked at me. "You won't tell... Will you?" Was she kidding me? I hadn't felt this great in forever! I don't think I'd ever been the happy; period!

:"We'll give this to Ты free for a week," Rigby said. "But Далее week you're gonna have to start paying for it. This stuff gets pretty expensive."

"Ok," I replied. How bad could it be? Already, I knew it'd be worth it. The колокол, колокольчик, белл rang, and we started heading inside. I handed Carissa her sunglasses back when we got inside, but it still hurt a little bit, from the lights hanging overhead.

"Here," Carissa said. She ruffled my hair, moving my bangs in front of my face. "Just don't make eye contact with anyone, and they won't know. Ты look like a freakin' owl." She grinned at me before heading off to class.

After school, my high was over. I мопед around, waiting for the bus. I almost wanted to cry, when the empty feeling returned, making me feel еще empty than ever.

"Hey Shelby," Emery said. Jezreel showed up at his side, still nearly silent. "We missed Ты at lunch." Miss me? They never even eat with me.

"I..." I opened my mouth to speak, but then remembered what Jordan had said. I can't tell anyone about this. And Emery already knew what Carissa and her Друзья were up to; he'd know what we were doing. "I had to finish a test," I сказал(-а) quickly.

"Oh," he replied. A car pulled up, with a woman waving at us. "That's my mom," Emery said. Jezreel followed him to the car, and they both got in, finally leaving me alone.

"Hey you," a sweet voice сказал(-а) behind me. I turned around to see Carissa. Already, I felt relaxed with her around me. She reached over and put a paper bag in the pocket of my hoodie. "You'll probably need this," she winked at me. Her face grew serious. "Again. Don't get caught."

"I won't. I promise." Carissa nodded slowly, like she was scanning me.

"Ok... Cause I got caught last year, and I do not want that happening again," she sighed. She bit the inside of her cheek, then shrugged. "Well, I'll see ya later. Have fun," she smiled at me.

"Hi Shelby," Blair called from the kitchen. "How was your day?"

"Fine..." I said, walking slowly up the stairs. Blair walked around and stood at the bottom. Her innocent eyes felt like missiles pointed at me.

"Have any trouble at school today?" Her Вопрос made my сердце lunge, but then I remember telling her about bullies.

"Uh... No.." I said. Before she could speak again, I spoke quickly." I should get working on my homework." I ran up the rest of the stairs into my bedroom, closing the door behind me. I even actually worked on my homework for a while.

Once I was finished, I carefully took the paper bag out of my pocket, and examined it. It was powder cocaine, the same stuff I'd been дана earlier. I poured a tiny bit of it onto my fingers, and rubbed it, testing myself. Sure, the high was great. But what if Emery had been serious about Carissa and her friends? Did I really want to go down this road? At that moment, everything flooded to mind. Mom. Matt. The pain. The neglect. The loneliness. Feeling the weigh of the world on my shoulders. Practically having to be a mother to my sisters. Being their teacher. Their protector. Feeling like everything was my fault. Knowing everything was Mom's fault. Being abandoned by her.

I need this. Just before I raised my hand to my nose, there was a tap on the door, and Blair let herself in. I quickly shoved the paper bag into the drawer of my desk, and wiped the powder off onto my pant leg.

"Yeah. Fine. Why?" She walked in closer, making the hairs stand up on the back of my neck.

"I just want to make sure you're feeling ok. Ты seem to be... Ты haven't really adjusted well to these changes. Not that I blame you. I was thinking.... Maybe you'd want to see someone?" I blinked. "To talk?" Silence. "Like a therapist?" she prompted. Oh crap.

"Are Ты sure?" Blair asked unsurely. I nodded.

"Yeah. Things are gonna get better. I promise." Blair still didn't look convinced. "And... I even made some Друзья today." Her face perked up.

"Really. And... I was thinking about hanging out with them soon. If that's ok."

"That's fine, Shelby! I'm glad Ты made some friends." Blair patted my head before leaving, thankfully closing the door behind her. I sighed, slumping down in my seat, and taking out the paper bag from my стол письменный, стол drawer.

"Mr. Smith! Your чай is ready!" Parker's smiling face appeared out the sliding glass door, as she called to Mr. Smith. Ты could see the sea breeze that had collected on her face from being outside, all glassy and hot.Her long arms wiped it away and she turned around, her long braid whipping in the wind.


The таблица was set and ready for tea. Her face shone in accomplishment. She never really had set a table. When Mr.Smith came through the door he took a сиденье, место, сиденья at the таблица and nibbled on a ячменная или пшеничная лепешка, от scone, скоун that Parker had made fresh.

"Is it alright? I know that I've never really...
continue reading... 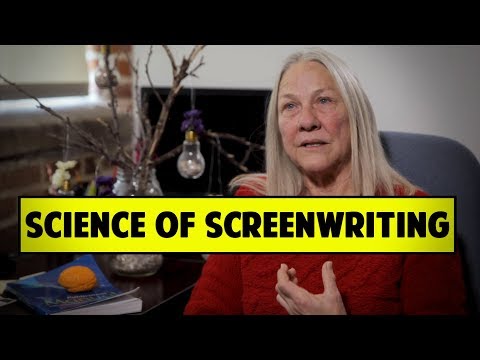 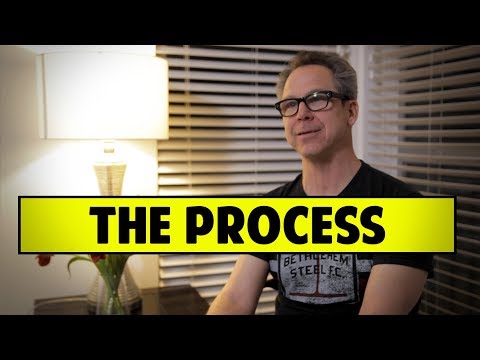 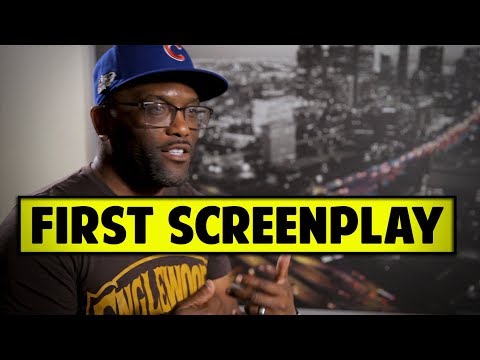 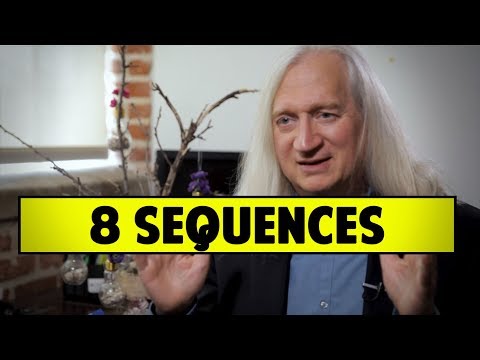 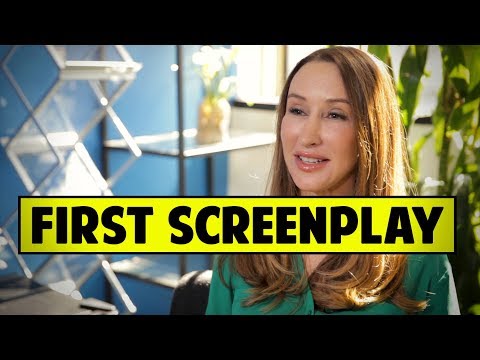 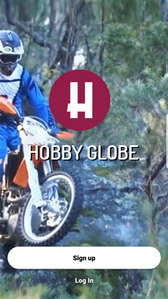 Hobby Globe is the world's best social app for hobbies owners. Hobby Globe makes it easy for anyone to share his Hobby’s experience, inspiration, exchange ideas and thoughts with Фаны that are having the same interesting hobbies nearby или around the globe, knowing other like-minded people who Любовь to focus on gaining & sharing experience while connecting with new people and having a great fun. This is the best social app for hobbyists. Use Hobby Globe app to share your exciting and memorable moments, now available on Google Play & яблоко store.

It’s a good chance to learn еще about...
continue reading...
No name, yet...
posted by kpaw05
I don’t want to get up. Why would I even think about it, at four AM on a Saturday? I don’t know. Something just calls. Scorpio, it whispers, Come to me. Come to me, and Ты will be free.
Who are you? Where do I go? I call out sleepily. The shout is only in my head, but I feel it goes out into the darkness all the same.
You will know, Scorpio. Ты will know what to do. Go to the river, it beckons. So I teeter down the stairs, fully clothed, in a dreamlike state.
What kind of crazy person am I? I ask myself. Not an unreasonable question, considering...
continue reading...
My Life As A Doormat Part 1
posted by Tasfee 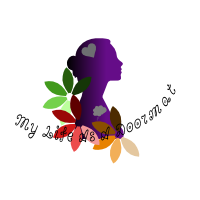 PART 1- LETS HAVE A RANT

Hi. So yeah, from the Название I think you've gathered this story is about .... well let's just say a problematic 19 год old struggling to find a meaning in life.

If you're a typical "Caucasian" you'll never understand the things we "brown people" have to face. Over-protective parents are just the start. The kinds of people are totally different. The type of "cheats", "betrayers", "heart-breakers".

Being born in a place 2% of the people worldwide knew is just the start of a slightly difficult life. For now, lemme just summarize my life for you. I'm a 19 год old girl living...
continue reading... 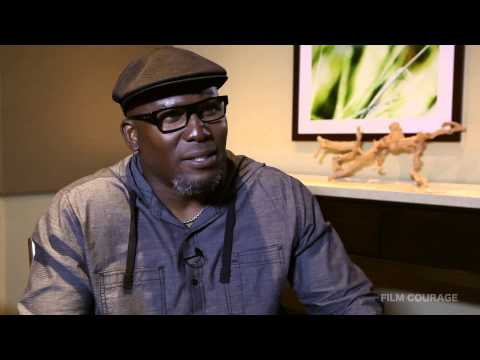 No вверх to any steeple--
No recognitions of familiar people--
No courtesies for Показ 'em--
No knowing 'em!

No warmth, no cheerfulness, no healthful ease,
No comfortable feel in any member--
No shade, no shine, no butterflies, no bees,
No fruits, no flowers, no leaves, no birds,
November! 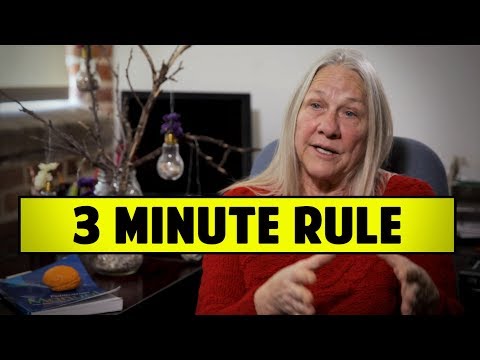 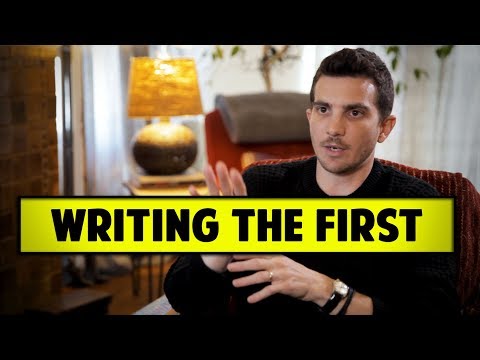 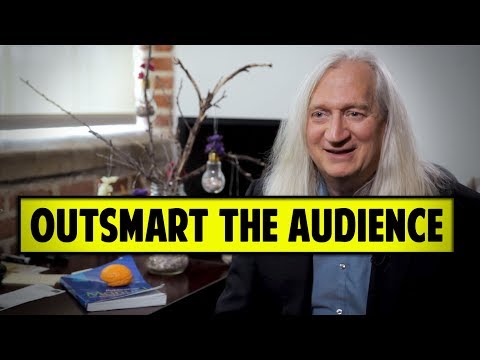 In the center of the ring five people align
One's bearded, one's horned
Another is broken, and the last two conjoined
Gasps and widened eyes light the room
Each unique human just stand there Показ no fear
A little child begins to clap
Followed by others when the five creatures...
continue reading...
1
The Wish of Eternity: The Magiwar. Chapter one
posted by kingcesar67
Hello! I am Cesar. I'm a being of infinite power, who just wants to fit in with the crowd. Anyway, being really powerful is really cool, but it also means I have to fight those who want to use my powers for numerous purposes, which I will discuss along the way. Anyway, my story began when I was 9 years old. The день I entered foster care was the best день of my life. But, I would soon find out that my whole life would change on my tenth birthday.
"Not so fast Cody! Slow down!" I said, trying to keep up with my foster brother. "Try to keep up Cesar! Ты don't want to lose for the third time do...
continue reading...
Письмо a story and hope that Ты like the start
posted by Jinx_Strangeman 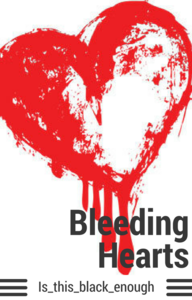 The lingering light was obliterated by the rapidly falling night. The once лосось and purple sky transformed into a vast expanse of jet-black that engulfed the town. A canopy of luminous stars materialized amongst the ocean of blackness. Some were dull, merely flickering into existence every now and then, but there was an adequate amount of shimmering stars to illuminate the dark, moonless night. The lake glistened, mirroring the dazzling assemblage of glittering stars and the luminescence from the moon. The faint wind brushed against the water's surface, the ripples ruffled the stillness of...
continue reading...
2
So Sad :'(
posted by CupcakeMal714
I read this and had to pass it on.
my name is sarah
i am three
my eyes are swollen
i cannot see
i must be stupid
i must be bad
what else could have made
my daddy so mad
i wish i were better
i wish i werent ugly
then maybe my mommy
would still wanna hug me
i cant do a wrong
i can't speak at all
or else i locked up
all день long
when i wake up
im all alone
the house is dark
my folks arent home
when my mommy does come home
i try to be nice
so maybe i'll just get
one wipping tonight
i just heard a car
my daddy is back
from charlie's bar
i heard him curse
my name is called
i press myself
against the wall
i try to hide
from his evil...
continue reading...
The Wish of Eternity: The Magiwar. Chapter two
posted by kingcesar67
It is now my sixteenth birthday and like on tenth birthday, I received a life-changing surprise. But unlike my last surprise where Delilah... Well, Ты know what happened, but anyway back to the current events. Unlike the last one, my surprise was that was being relocated. I went with a new family by the name of the Wilkonsons. "Welcome Cesar!" сказал(-а) Mary, my new foster mother. "Thanks, miss..." I started before she cut me off. "Please. Just call me mom." Mary said. "Okay mom." I responded. "Allow me to introduce Ты to our family." Mary motioned me to follow her up the stairs. When we arrived...
continue reading...
More Cards
1234567891011