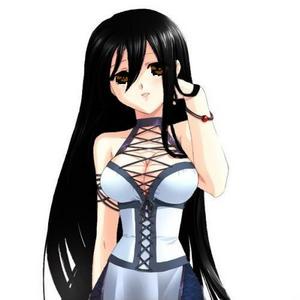 Lizzie
“She's changed.”
“The shadows will do that.”
He got up and crouched down beside her. She opened her eyes, looking at him. A smile lit her face.
“Terror...”
“Hey Liz. How Ты feel?”
“Tired. Where are we?”
“In the shadows. At my place.”
“Your place?”
He smiled at her, moving hair from her face.
“I wasn't kidding when I сказал(-а) I live in shadows.”
“I didn't think Ты meant it both literally and not.”
“Liz, something happened.”
“What's wrong?”
“Your mother tried taking Ты from the orphanage.”
“Why did Ты stop her?!”
“Because she's....Lizzie, come with me.”
She sat up and looked at him.
“Where are we going?”
“Just in the back room.”
She nodded and got up, following him. Terror looked back at his guest, still sitting in the shadows. He was waved on and lead Lizzie into a room.
“There's a mirror in that corner,” he said.
She gave him an odd look and stepped forward. Terror opened a closet and pulled a chest out. He unlocked it.
“There are some clothes in here that might fit you.”
“Who's are these?”
“My sister's. But she's gone now so choose anything.”
“Terror-”
“We'll talk in a bit, Liz. First I want Ты to get dressed. And take a good, long look in the mirror. Things will be different from now on.”
“But-”
“Just do as I say, Liz. Come out when you're ready.”
Terror turned away, but Lizzie grabbed hold of his hand. He froze and closed his eyes. It was a harmless act in itself, but only Blade had ever kept him from leaving. The memories weren't so fond.
“Terror...I don't know how to put these things on.”
He opened his eyes and looked at her.
“I'll send someone in.”
“You have guests?”
“One right now. But my house is еще of a haven for people on the run. Someone else will come and I'll send her in, okay?”
Lizzie nodded and let go of his arm. He exited the room.
“She's an amazing girl, Terror.”
“Yes. But she's vulnerable. Lizzie doesn't know things she should.”
“She was only seven until a few минуты ago. The shadows have changed the light creature. Ты can't expect her to know of these things. Her life has skipped almost six years.”
“You're right.”
“It's not wrong to worry Terror. Just give her time and attention. She'll learn.”
“But she's learning from me. That won't help her.”
“And why not? Your powers are strong and Ты have controlled them this long.”
“I'm not normal. I'm a monster! How can she learn any good from that?!”
“Ask how I did and you'll find your answer,” a new voice chimed in.
Terror turned to the door.
“You're little monster has saved me countless times. Now, are Ты going to let me in?”
Terror smiled and shook his head.
“Come in.”
“Thank you. I heard Ты have a light child. Where is she?”
“In the back. And she needs your help.”
“Leave it to me.”
With a swish of her cloak, she headed to the back. A few минуты later, she exited with Lizzie.
“There Ты are, my dear.”
Terror looked at her and smiled.
“You look nice Liz. Come here. I want Ты to meet someone.”
Lizzie went over to him and sat down.
“Liz, that's Revenche over there. Ты met her. And I have another guest. His name is Kid-kun. But Ты can call him Kid.”
“Pleasure to meet you, Lizzie.”
“Uh...same here. Except, I can't see you.”
“Kid-kun, come closer. Step out of the shadows.”
Lizzie heard a sigh and she looked as a boy around Terror's age stepped from the shadows. She looked him over, a smile coming to her face.
“Hello Lizzie.”
“Hello Kid-kun.”
Terror looked over at Revenche. She put her капот, худ down, revealing her red hair and blue eyes. The secret smile on her face matched the one on Terror's. The two looked at each other and then at the other two in the room. Terror shook his head. Somehow, I think we just made the war еще complicated than it had to be. 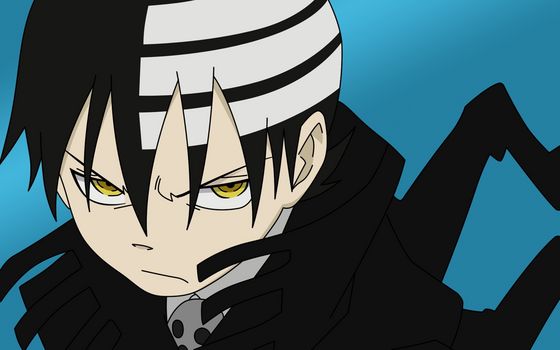 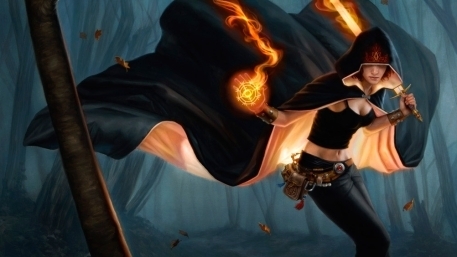 Revenche
CatYJ likes this
XxKFforeverXx *falls over from awesomeness*
Robin_Love Lol!!!
The_Writer Revenche looks SICK!!!! And do I *cough* notice Revenche and Terror looking at each other *cough* a hair too long? *cough cough*
Robin_Love No way man~!
BladeYJ MOAR XD
CatYJ Purrrrr!
The_Writer Are you sssuuuuuuuuuuuuuurrrrreeeee R_L?
Eclipse-YJ And they call it puppy llllooooovvvveeee !
Harley to skylar
posted by Obscurity98
Trying to explain to Skylar why and what she wont say, and why the past may not matter, and why life sucks

Why is it a sin?
Does it really matter where i've been?
Life can take us on journeys
that no one else would understand.

If life is a sin,
Why don't we just stop livin'?
For us life may not be true,
life throws us огонь and we wont know what to do.

Любовь is part of life,
But living is sin,
It makes no sense anymore,
we will never win.

Любовь is lie, that we just keep on livin'
becasue life is a sin,
i will never understand,
Even though i aint perfect,

I am emotional,
But Ты wouldn't understand
i am some one else,
B/c i'm not really who u tihnk i am,
iam, iam.

Articles she WILL appear in: “The Triangle” by Bakes2389

Powers: Ability of which she can control someone, или a group...
continue reading...
1
Друзья
posted by Robin_Love
A little...bromance I guess. Enjoy.


He sat alone in his room, staring at the ceiling. The clock tick-tocked in the silence. He rolled over, glancing at the picture. Of her. He sighed and put it down so he didn't have to look at it. A knock sounded at his door. He ignored it. The door opened.
“Still moping I see.”
“Hnn.”
The intruder stepped inside and closed the door.
“At least you're still alive.”
“For now.”
“And how many hours of sleep did we get this time?”
“Two.”
“Because of her I imagine.”
He sighed, feeling the weight of the intruder on his bed. He rolled over to look...
continue reading...

Becca the Demon's Child
added by Robin_Love
1
15 Suggestions for Making Good OCs
posted by AislingYJ
Okay don't be hating on me for this, I'm not trying to start a fight. I just think that we'd all be better off if we at least read these and thought about them, even if just for a second. I'm gonna say this right now: these are not cut-and-dry rules. By no means am I forcing Ты to follow them, and there will be exceptions. These are just suggestions, on how to make your OCs well liked and better off. So, with that being said, in no particular order, here are 15 suggestions for making good OCs.
1. Ask yourself if making a new OC is really necessary.. Don't contribute to the overcrowding unless...
continue reading...

Willow
added by Mclovin_69
Остаться в живых Soul #2
posted by Obscurity98
Harley flew away from the Mountain crying she knew they could have helped her, but she didn't want to take chances. What if one день she really did hurt some one.
Harley let t=her mind wander thinking back to the words Kaldur said. How he pleaded with her on not leaving. Then it dawned on her, what would happen when they told Roy?
He'd have a fit! and then try to find her. She knew it.

She walked now down the streets of Metropolis. she flew over to Clark's apartment he shared with Lois Lane.She didn't want to bother them, so she just sat there, on the window sill not making a noise. After a time,...
continue reading...
Seeing Red Part 2
posted by Red_HoodYJ
A steady beeping was heard throughout the Bat-Cave as Red Hood’s eyes fluttered open. They put a hand to their hand with a groan.
“Master Todd, may I suggest Ты stay still” Alfred suggested
“W-who are you?” Red капот, худ mumbled
“You really do not remember me, Master Todd?” Alfred asked, confused
“I-no. No I don’t” Red капот, худ shook their head.
“Well, just lie down and relax as I get this blasted шлем off” Alfred said, reaching for Red’s helmet.
“Wait. It’ll electrocute Ты if Ты try to take it off me” Red groaned, reaching behind their head and pressed a button which...
continue reading...

Bentley
added by Mclovin_69
Tiger With In
posted by Robin_Love
She sat alone in her room, listening to the song coming from her boom box. She hugged the stuffed медведь to her chest, trying not to burst into tears. This день was one she had dreaded for months. She bit her lip as the Музыка filled her senses. A light knock sounded at her door.
“Go away!”
Her command was ignored and Trevor walked in.
“What's up kitty Cat?”
“Leave me alone.”
He glanced over her and softened.
“What's wrong?”
Cat looked away, afraid she would burst into tears. Trevor came closer and sat beside her.
“Why so upset? Talk to Trevor.”
She smiled a little as his British accent...
continue reading...