6
The Amazing Escapades of Rosie and Nicholas: Off To Scotland! Final Part
posted by 80smusiclover1
The group returned to their room at around 10:00 pm. As they packed their things before sleeping, Ringo told the others, "Y'know, an idea just popped out of me head while we were having dinner. How about I add some Scottish flair to our Далее концерт by playing the bagpipes along with my trumpet and drums?" John replied, "That's a jolly good idea there, Ritchie! Go for it!" Rosie added, "Yes!" Ringo smiled and said, "All righty, mates!" The others smiled in return. Soon, they called it a night and went to bed. In the Далее morning, after eating breakfast and checking out of the hotel, everyone walked back to the bus and started their ride to Edinburgh. We shall see how this unfolds in the Далее story.

THE END
6
The Amazing Escapades of Rosie and Nicholas: Off To Scotland! Part 6
posted by 80smusiclover1
The Beatles, Rosie, Nicholas, and Stuart continued enjoying the Highlands until it was time to leave at two in the afternoon. As part of the tour package, the bus took them to the weekend market just outside the city. There, they shopped for some local souvenirs, including a bunch of bagpipes and boxes of shortbread cookies. It was another great experience for them. After they were dropped off at the city square as the tour ended, the group decided to leave their newly-bought stuff in the room. Nicholas said, "That was such a lovely Scottish Highlands tour we had, mates." George replied, "Indeed, it was, me friend." Everyone then rested for a few hours. When evening came, they went back outside to кепка, колпачок off their wonderful день with a hearty dinner.

TO BE CONTINUED
5
The Amazing Escapades of Rosie and Nicholas: Off To Scotland! Part 5
posted by 80smusiclover1
After eating breakfast, everyone started their tour to the Highlands. They arrived at around thirty минуты past ten. The group then got off the tour bus and took a hike to the top. Upon reaching it, Rosie's mouth dropped open in awe and exclaimed, "Oh, my goodness! It's so beautiful here!" Nicholas added, "I couldn't agree more, love! No wonder Scruffy's and Buzzy's parents decided to visit this place for their honeymoon vacation." Rosie replied, "Indeed, buddy." Ringo remarked, "Wow. That's very nice." John, Paul, George, and Stuart nodded in agreement. Nicholas replied, "Yes. It certainly is." Ringo then decided to play his trumpet while the group enjoyed the Просмотры and took lots of фото and videos. The trumpet's melody even harmonized with the sound of bagpipes nearby. At noon time, they were treated with a tasty lunch of haggis and mash.

TO BE CONTINUED
6
The Amazing Escapades of Rosie and Nicholas: Off To Scotland! Part 4
posted by 80smusiclover1
The group walked back to the stage by the time evening came. Once again, the концерт was another blast and the Beatles had loads of fun performing for their Scottish fans. They even had an encore of the final song. After it came to a close, Stuart, who had been watching from the bus exclaimed, "That was bloody amazing, mates! I'm glad Ты all enjoyed yourselves." John replied, "We really did, Stu! I'm veddy happy for us." The others nodded in agreement while smiling. Paul then asked, "Would Ты like to have ужин with us at the hotel's restaurant?" Stuart replied, "Absolutely!" Paul said, "All right." With that, everyone returned to the hotel and had a very tasty ужин there. Afterwards, they сказал(-а) their Goodnight's as Rosie, Nicholas, and the Beatles went back to the room and got ready for постель, кровати so that they'll be fully rested for their tour to the Scottish Highlands the Далее morning.

TO BE CONTINUED
5
The Amazing Escapades of Rosie and Nicholas: Off To Scotland! Part 3
posted by 80smusiclover1
"We're here, chaps!" Exclaimed Stuart as the bus finally made it to Glasgow. Rosie exclaimed upon waking up, "Awesome! We are now in Scotland." "Indeed, we are, darling!" Added Nicholas. They all went out happily and got their instruments and other things. Since the group had booked a hotel room ahead of time for this stop, they decided to proceed there to check in and leave their stuff. After setting up their instruments in the stage, John told the others, "Let's go to the visitor's center to arrange for a tour to the Scottish Highlands tomorrow." Rosie replied, "Sure! That sounds very exciting." Ringo added, "Definitely!" They were then able to reserve it smoothly and invited Stuart to Присоединиться along as well. Afterwards, the Beatles, Rosie, and Nicholas spent the rest of the afternoon walking around the city square.

TO BE CONTINUED
5
The Amazing Escapades of Rosie and Nicholas: Off To Scotland! Part 2
posted by 80smusiclover1
Everyone had been enjoying the journey overall. As noon approached, Stuart thought that they should stop for a while to have lunch. Luckily, he spotted a gas station with a restaurant, and he changed the course of the bus so that it'll go there. They then got off, proceeded to the restaurant, and had a very satisfying meal. After paying for their food, the group took some фото around the area before resuming the ride. The Beatles, Rosie, and Nicholas decided to take another nap by the time they got on the road again.

TO BE CONTINUED
6
The Amazing Escapades of Rosie and Nicholas: Off To Scotland! Part 1
posted by 80smusiclover1
It was time for the tour to continue once again. Rosie, Nicholas, and the Beatles felt rested after a good night's sleep and were all set for their Далее journey. Stuart greeted them as they returned to the bus and said, "Morning, everyone! I see that Ты are ready for our ride to Glasgow in Scotland." Rosie replied, "Morning, Stuart! Yes, we sure are." Stuart responded, "Excellent! Did Ты also buy some souvenirs yesterday?" Nicholas replied, "Certainly. We bought some tumbler bottles, fridge magnets, and a football." "That's lovely." Remarked Stuart. Nicholas nodded in agreement. George then said, "And our bus has been refuelled, has it?" Stuart exclaimed, "Yep! She had a refreshing drink after a visit to the gas station." George replied, "Jolly good! Well, let's get going!" And so, the group placed their stuff back into the compartment, returned inside the bus, and the journey began. 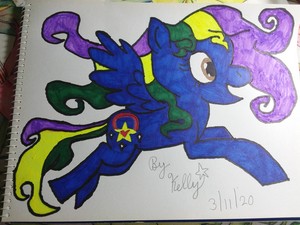 3
My Ponysona
added by 80smusiclover1
Source: My gallery
6
The Amazing Escapades of Rosie and Nicholas: A Tale Of Two Concerts Final Part
posted by 80smusiclover1
The Beatles, Rosie, and Nicholas had another enjoyable pre-concert exploration and even bought some souvenirs. They returned to the stage at around thirty минуты before it was due to start. Once again, the двуколка, концерт was a blast for both the group and the Фаны there. Afterwards, they proceeded to have ужин and relax at the room that Stuart had reserved for them at an inn. They then called it a night and dozed off to sleep. We shall find out where they will go Далее as their tour continues to unfold.

THE END
6
The Amazing Escapades of Rosie and Nicholas: A Tale Of Two Concerts Part 6
posted by 80smusiclover1
Everyone had a satisfying lunch overall. After paying for their Еда and leaving the restaurant, the Beatles, Rosie, and Nicholas went to set up their instruments in the outdoor stage. On the other hand, Stuart decided to bring the bus to a nearby gas station and have it refuelled there. As they finished, John asked the others, "Shall we have another exploration and maybe do some shopping around the area?" Rosie replied, "Certainly!" The others nodded in agreement. And that's just what they did while waiting for their Далее концерт to start.

Совет
6
The Amazing Escapades of Rosie and Nicholas: A Tale Of Two Concerts Part 5
posted by 80smusiclover1
After another smooth ride, everyone finally made it to Sheffield. They then proceeded to have lunch with Stuart joining them once again. As their Еда was being prepared, Rosie asked him, "So, how long have Ты been working with National Express, Stuart?" He replied, "I've been working with them for fifteen years now, Rosie." She remarked, "Nice!" Nicholas then asked, "Did Ты have any other jobs before this one, mate?" Stuart replied, "Yes, I did. I actually used to work as a bartender at a pub in Oxford, which is where I was from." Nicholas remarked, "Veddy cool! Ты know, Rosie and I went there for a visit two years ago." Stuart said, "How lovely! Did Ты two enjoy it?" Nicholas replied, "We certainly did." Rosie nodded in agreement. "Splendid!" Exclaimed Stuart. Soon, the Еда arrived, and the group began chowing down.

TO BE CONTINUED
6
The Amazing Escapades of Rosie and Nicholas: A Tale Of Two Concerts Part 1
posted by 80smusiclover1
After eating a delicious breakfast, Nicholas's parents drove the group back to where the bus was expected to pick them up. As they got off, Nicholas said, "Thanks for letting us stay in my house again, father. We really appreciate it." He replied, "It was our great pleasure, son. Enjoy the rest of your tour!" He then gave them both a tight embrace before they left. Soon, the bus arrived. While they placed their instruments and other stuff back into the compartment, the driver said, "Hey there, chaps! So, our Далее stops are Manchester and Sheffield, right?" John replied, "That's right, mate." "All righty. Off we go!" Exclaimed the driver. And so, the Beatles, Rosie, and Nicholas boarded, returned to their seats, and relaxed as the ride commenced.

1
Valentine's день card
added by Rubyrings
Source: Google Обои
1
A Special Valentines день Message For My Friend
posted by Peaceandlove67
Kelly, I just want to let Ты know that I consider myself lucky to have Ты as a friend. For the past three and a half years, Ты have shown me so much Любовь and kindness.

Most people think that Valentines день has to be about romance, but why can't it be about friendship? Любовь doesn't just come from romance. It can come from friendship, too.

I'm glad that you're my friend, and I wish Ты many еще years of friendship and happiness. I hope this Valentines день is a good one for you. I Любовь Ты so much.

1
Friendship is Like a Rose
added by RetroRock64
Source: Google Обои 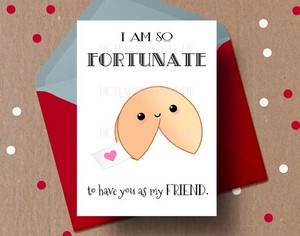 1
Fortunate to Have Ты as my Friend
added by BingoPB
Source: Google Обои 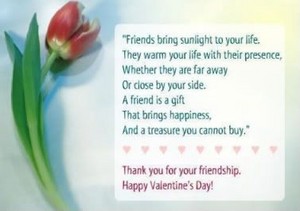