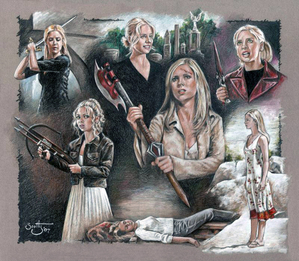 Buffy at all seasons
Buffy Anne Summers was born January 19th, 1981 (probably in Los Angeles), to Joyce and Hank Summers.

At age fifteen, Buffy Summers, a Популярное cheerleader, was called as a Slayer and trained by her first Watcher, Merrick. She faced a master vampire called Lothos and, although she defeated him, Merrick himself was killed. At this time Buffy had a boyfriend named Pike, whose friend had been turned into a vampire. She was arrested for burning down the gym of Hemery High School in Los Angeles, and her parents checked her into a mental health facility when she insisted Вампиры had been in the school's gym at the time. Shortly afterwards, Buffy's parents divorced, and she moved to Sunnydale with her mother, Joyce. Buffy, too, wanted to make a new start and forget her time as a Slayer as Merrick's death had affected her quite deeply.

On her first день at Sunnydale High, however, she met the school librarian, Rupert Giles. Rupert turned out to be her new Watcher, sent to resume her training and ensure that she follow her calling. For the Далее six years, from 1997-2003, Buffy fought vampires, demons, and other forces of evil with the help of her Watcher and the group of Друзья she met in Sunnydale. This time was not without loss and she herself died twice. The first time was soon after she came to Sunnydale, at the hands of "the Master". She was dead for a short amount of time; quickly revived by her friend Xander (by CPR). She went on to kill the Master. Her секунда death was her own choice as she sacrificed herself to save the world from sliding into Hell. She did this to protect her sister Dawn ("the key") when Dawn's blood was used by a Hell God to open portals to other worlds. Buffy lay rotting in her grave for three months before another of her friends, Willow (a powerful witch), resurrected her (with the help of others) by means of extremely dangerous magic involving a lone Osiris urn.

During her time in Sunnydale, Buffy had three serious relationships. Энджел (1997-1999), her first love, was a vampire with a soul (inflicted upon him gypsys) whom Buffy had to send to Hell in Season 2 in order to stop the world from ending. He returned several months later (which was a hundred years in Hell). Their relationship continued until Энджел broke things off after Buffy's mother warned him away for Buffy's safety, and he left for L.A at the end of Season 3. Riley Finn (1999-2000) became Buffy's Далее love. Riley was part of 'The Initiative', a demon-hunting army program. Buffy, despite finally realising she loved him, drove him away because she was afraid to emotionally connect after the turmoil she went through with Angel, and Riley (after originally quitting) re-joined The Initiative and left Sunnydale. Spike, formerly known as William the Bloody (2001-2003), was Buffy's most unhealthy relationship in the show. After being enemies for a few years, Spike (also a vampire) was rendered unable to harm innocents, and so he came to Buffy for protection in return for his help fighting demons. Spike and Buffy came together sexually after Buffy was brought back from the dead by Willow and the others because Buffy, who had supposedly been dragged back from Heaven, wanted to be able to "feel" again. The sex-based relationship disgusted the Slayer, who kept it secret from her Друзья until Spike spoke up after she had ended it. When an obsessed Spike attempted to sexually assault Buffy, he left the Показать until later returning with a soul in the hope that Buffy would return his love. Although their relationship never re-kindled, it was eventually implied that Buffy did develop true feelings for him.

In 2003, Buffy and Willow changed the future of Slayers with a spell. In Назад years, only one Slayer was able to exist at one time (until her death when another Slayer would be called). They did this so that all potential Slayers could become Slayers at the same time in order to defeat an army of 'uber-vampires' intent on destroying humanity. Thus ended the TV series 'Buffy the Vampire Slayer' because Buffy was no longer the only Slayer (and Buffy's Главная town was destroyed as a result of the battle).

The writer of the Показать went on to bring out other series in the form of a comic.

After the destruction of Sunnydale, Buffy moved to Scotland to train some of the Slayers, and works alongside Giles and Xander. Contrary to what some believe, Buffy is not double partying in Rome to this день - making people believe the Slayer is retired... This is a separate Slayer Актёрское искусство as Buffy to convince the world that the original Slayer is no longer a threat.

The real Buffy Summers heads the new Slayer group. Xander now acts as a sort of Watcher to Buffy. Andrew is another Watcher-type. Giles is (ironically) working with Faith to keep Slayers from straying to the dark path. Xander is also now best-buds with Dracula (an odd couple), who taught him how to ride motorcycles. Buffy, to this day, works to stop the fate-believing organization known as the "Twilight". They believe that the newly created army of Slayers changes the balance between good and evil, and they try to correct that mistake with a device that turns Slayers into normal girls.
Kaydie, brileyforever77 and 3 others like this
georgouskadia19  love buffy 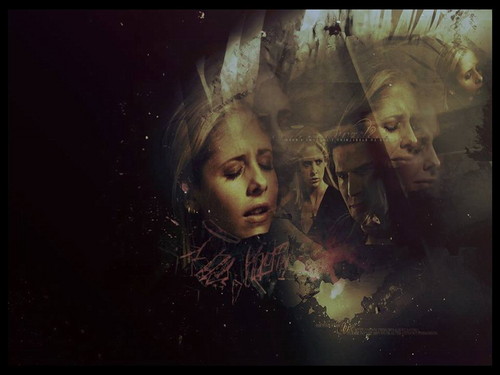 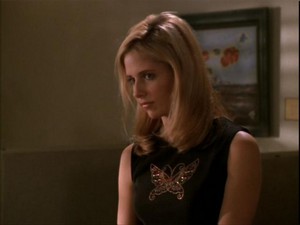 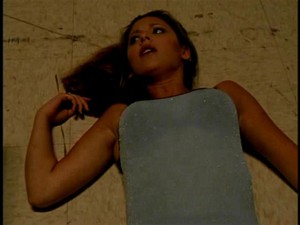 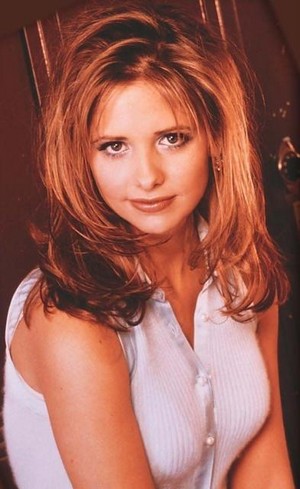 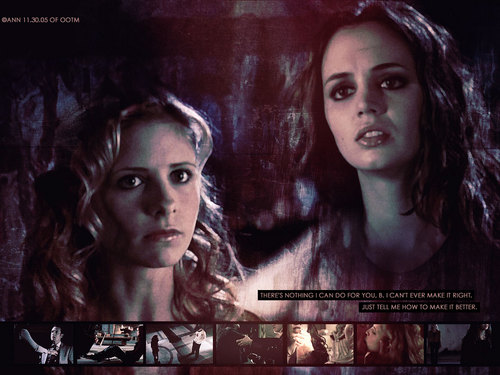 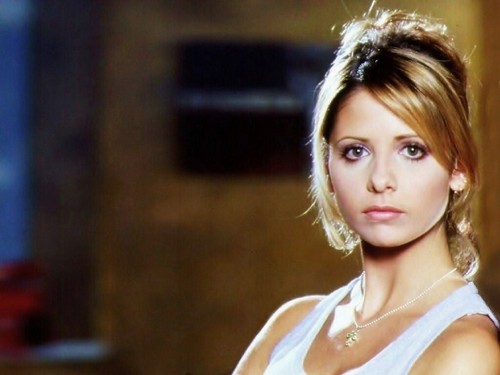 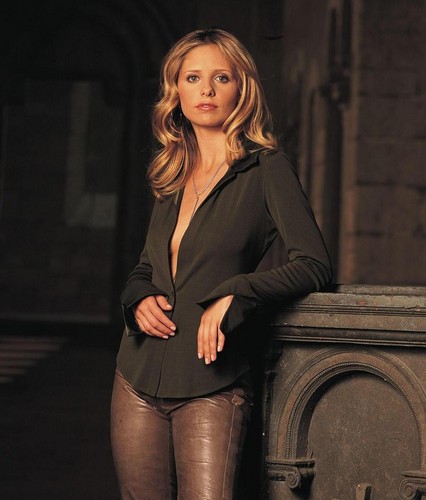 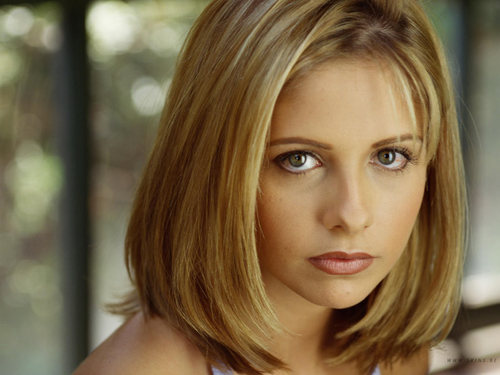 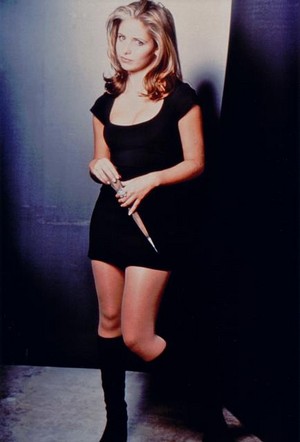 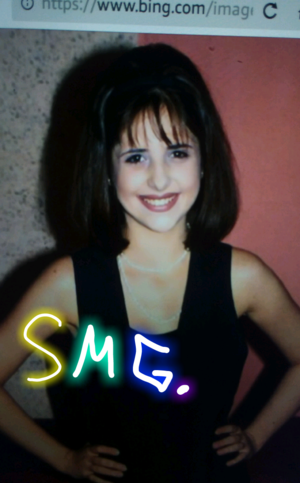 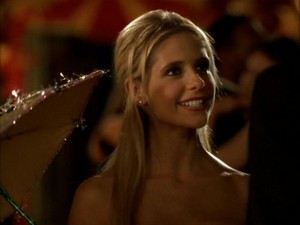 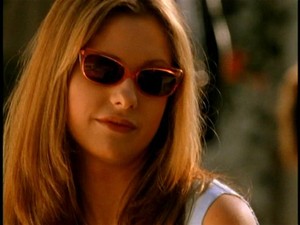 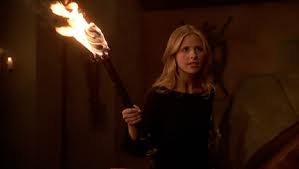 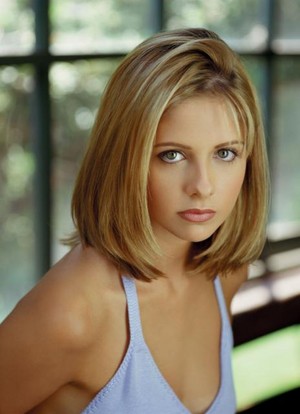 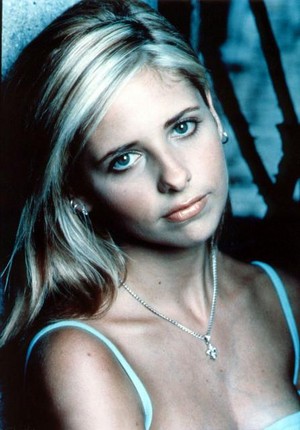 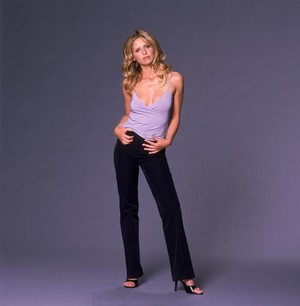 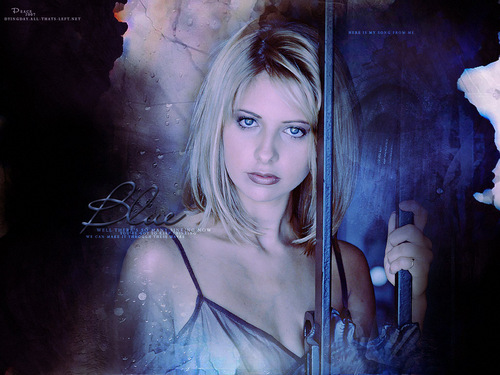 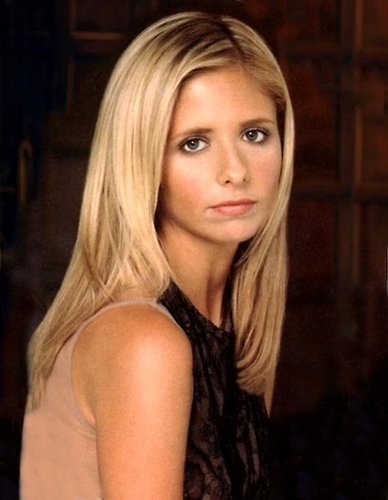