Ok. First things first I believe that BTVS is amazing show, even though the Показать has ended the series will continue on in different forms (comics, reruns of the DVDS) and be continued to be a part of discussion and debate....which it should as we can peel back so many layers and examine these metaphors of life, human emotions and so forth...

The metaphor that has been discussed time and time again that Buffy and Faith are both two sides of one coin...always joined but forever separated due to circumstance and fate....that these two are never meant to get along...but could they?

Most common Вопросы are: nature vs nurture?
Buffy and Faith came from two entirely different Главная environments that shaped who they are presently and how they react to the world and people around them with the life lessons learnt.

Buffy: She was surrounded by family, Друзья and support network, including the Watcher's Council even though that they were a foil in Buffy's fight for normalacy due to her Slayer duties....

Faith: Clearly didnt have the support network of family and friends, and her only mentor, her first Watcher Diana Dormer was murdered and her future mentor figures/Father figures tend to let nature runs its course and pull Faith еще towards being unstable emotionally.

Also a lack of Faith and trust in people in general tend to push Faith further into isolation but clearly she desires a life similar to Buffy where there is love...she clearly hasnt had alot of love... and i mean familial love, unity and security, where everyday is survival, not just physcially but mentally and emotionally, fighting against her own psyche, where there was nobody parental figure pulling her back saying "Hey hold up, Faith, this is what's going on" where Buffy had those guidelines...

These two share a unique insight into each other's personality and the burdens that they shared, but they disagreed about what it meant to be a Slayer, about Slayer's power and the responsibilites....is it ok: for them to be the law? How far do they go? Where's that line being drawn?

Buffy clearly see's herself as responsible and Slayerage is a job, a duty predestined, where human life is to be treasured and mourned and was alienated by Faith's enthusiasm for violence and lack of responsibility, but netherless drawn in by Faith due to both being unpredictable and rebellious, and Buffy's determination to be a voice of reason and to coax Faith back down to reality, seriousness and responsibility.

Important factor is also the friendships and relationships that these two have forged both positive and negative: Buffy/Giles & Faith/Mayor Wilkins (Father/Daughter), Buffy/Faith (Slayers/Sisters), Faith/Diana Dormer , Faith/Angel.

There are so many parallels between Faith/Mayor Wilkins & Buffy/Giles: both men had a strong bond fatherly bond and nurtured their strengths and genuinely cared and loved Buffy & Faith respectively, and were firecely protective due to both Buffy's & Faith's own biological absentees Fathers causing them to look elsewhere for the love, guidance...where Faith's first watcher opened the door to make Faith feel like she "belonged" was part of something "Being a slayer, one of many" related to "power" which melded her relationship with Buffy as they shared that.

Buffy/Faith may be the two sides of one coin but Faith/Angel are two Остаться в живых souls who are good examples of redemption, forgiveness, new beginnings...is it ever over?

No...both Faith/Angel have both inflicted insufferable hurt and pain to others but looking for a redemming quality, not for self gain, but to prevent others in following the same footpath that Faith chose...as Энджел once сказал(-а) "I once told you, Ты didnt have to walk into the darkness, Ты thought Ты could just touch it, that Ты be alright? But it swallowed Ты whole"

As women, as slayers, both Buffy and Faith are still evolving, growing as people, and I firmly believe that the people that surround your home, friends, family and life lessons shape the person Ты are....and that never stops....its ongoing...

The truth is that: from Энджел Season 4 when Ты clearly saw the change in Faith's morale, attitude is: her determination and willingness to scarfrice herself to save Энджел from Angelus as a thankyou for believing in her, to "have faith" in herself to BE herself, as shes always trying to be like Buffy, which she isnt, and when Faith finally realised that, she became alot еще confident, less of a foil towards Buffy, much еще positive role model, though she isnt perfect she has flaws, she stills fights her own personal demons which come to fruition when she faces her father, Patrick Lehane and again she approaches with еще calm, level headed, still conflicted but not as reckless and violently as before..

Both Slayers rock, for different reasons,sorry ended up talking еще about Faith in the end, but I think that Buffy and Faith balance each other out, they are the ultimate YIN/YANG - where they ultimately in the end the Вопрос is: when it comes down to will these two come together and unite and make peace? или wont they??

Thanks for your time for reading, please let me know what Ты guys think! Happy reading!
LowriLorenza89, Sharelle1212 and 2 others like this
Cardassia I think Faith is much more Buffy's evil adopted twin in relationship with her... just my take on it. 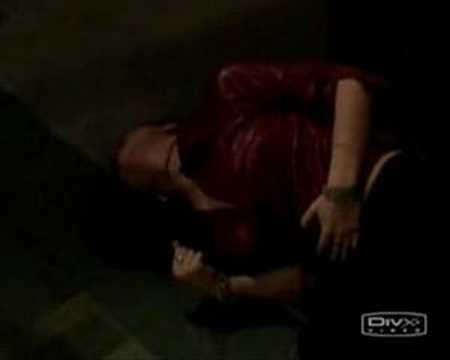 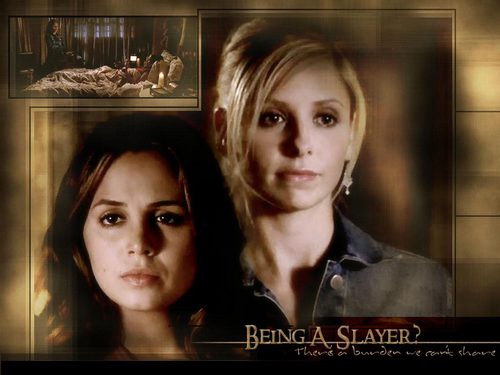 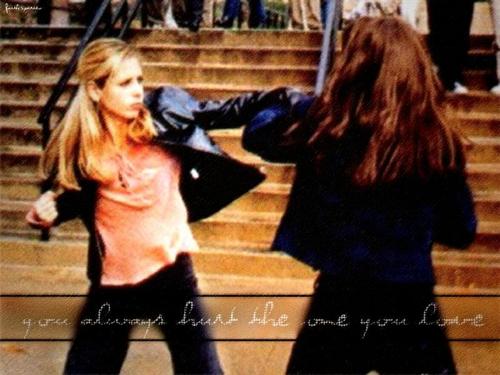 4
Buffy vs Faith
added by Angie22 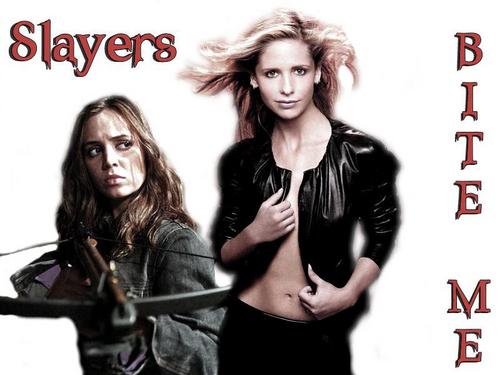 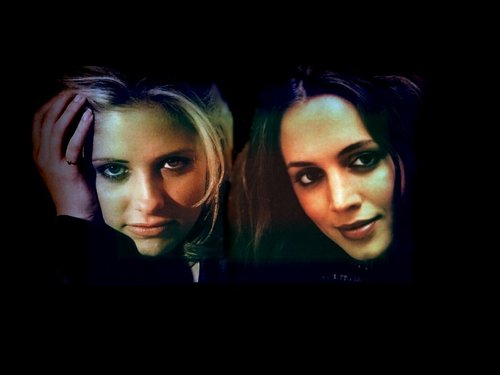 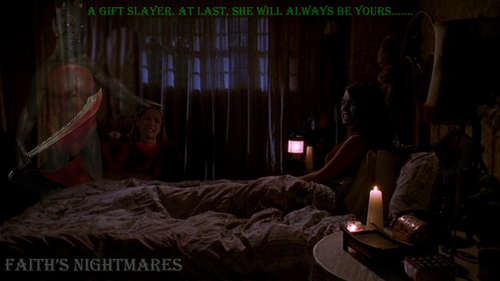 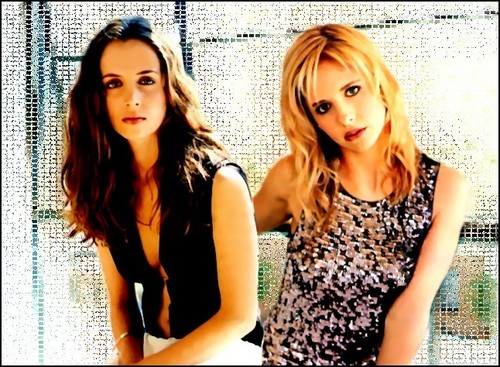 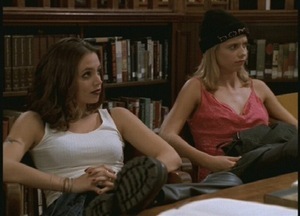 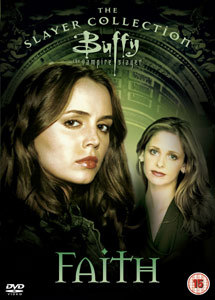 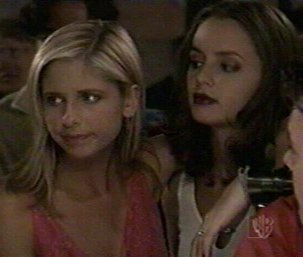 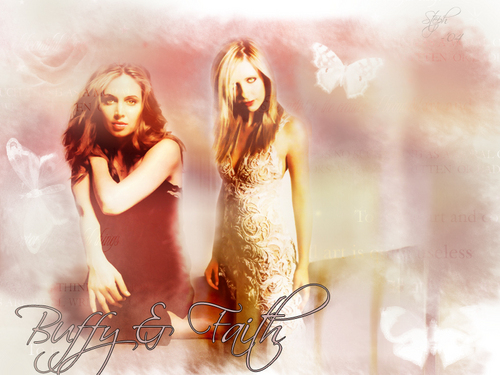 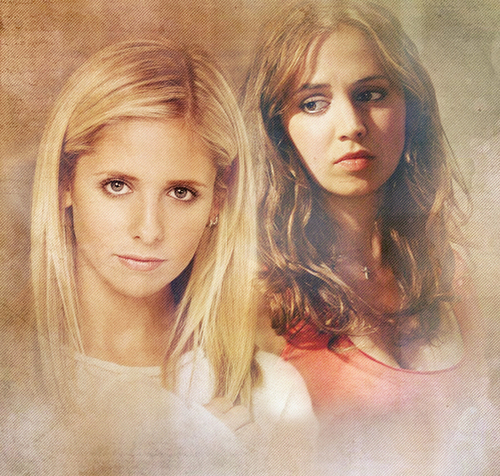 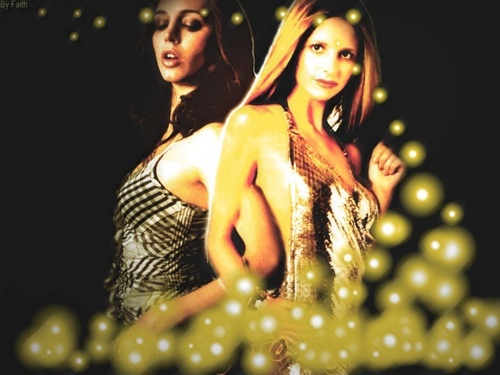 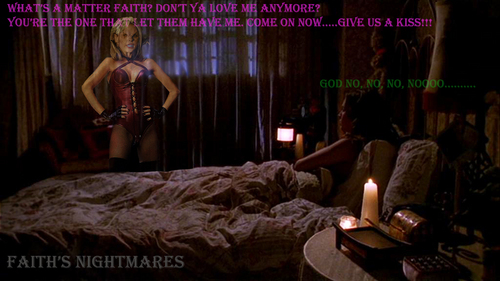 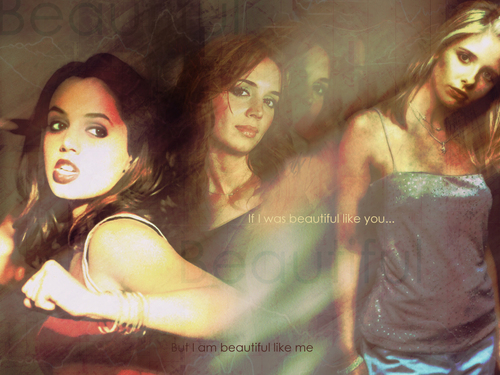