2
Chris Pratt on Guns, Goosebumps, and Goofing Around On the 'Guardians of the Galaxy' Set
posted by 3xZ
Yahoo Фильмы traveled to Лондон last September with a group of journalists to visit the production, where they talked to Pratt about what it’s like wielding the Star-Lord’s blaster and what might make Guardians better than Star Wars. 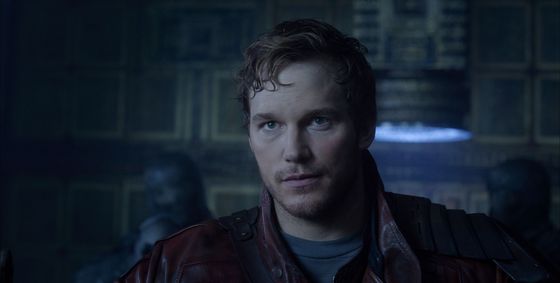 Yahoo Movies: Is the fact that most of the general public is going to meet these characters for the first time a benefit?

Chris Pratt: It probably is helpful that people don’t know who he is, because it would be my intention to make him my own anyway. That’s something that Robert Downey Jr. did with Iron Man. He came in and now he is Tony Stark —...
continue reading...
1
"GUARDIANS OF THE GALAXY VOL. 2" (2017) Review
posted by DR76

Before I started on this review, I found myself wondering which "phase" in the Marvel Cinematic Universe (MCU) that "GUARDIANS OF THE GALAXY VOL. 2" found itself. Phase Two? Phase Three? In fact, I continued to ponder еще about the franchise's current phase than about the plot for this movie. Until I finally shook myself out of this stupor. 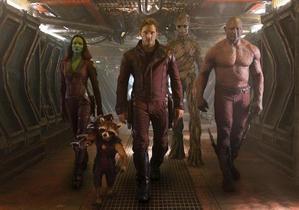 Most of the films featured in the Marvel Cinematic Universe have been set on Earth - mainly in the United States - and featured human characters. There have been exceptions - namely the two "THOR" Фильмы that were partially set in the realm of Asgard and 2012's "THE AVENGERS", which featured an alien invasion. For the first time, the MCU released a movie mainly set in worlds other than Earth. And it is called "GUARDIANS OF THE GALAXY".

Directed by James Gunn, who wrote the film with Nicole Perlman, "GUARDIANS OF THE GALAXY" told the story about an uneasy...
continue reading...
2
Guardians Of The Galaxy unveils official character bios
posted by 3xZ
Guardians Of The Galaxy is one of the less well-known properties in the Marvel universe, so to give newcomers a helping hand, the studio has released a handy set of character bios to bring Ты up to speed.

PETER QUILL (Chris Pratt)
Peter Quill is an interstellar adventurer who was abducted from Earth at a young age. After recovering an ancient artefact, Quill must rally an unlikely team of cosmic misfits to prevent a powerful villain from destroying the galaxy.

GAMORA (Zoe Saldana)
Gamora is an orphan from an alien world who was raised by the mysterious Thanos to become the perfect weapon. As Thanos’...
continue reading...
2
Guardians Of The Galaxy OC~ жасмин Quill
posted by Winxclubgirl202 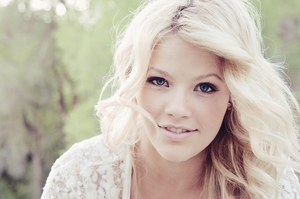 Jasmine
My OC for Guardians Of The Galaxy

Name: жасмин Quill
Nickname: Jazz
Age: 16
Gender: Female
Race: Human but has the power to turn invisible
Personality: Outgoing and shy, she is a loyal friend to those who know her the best. Jazz can be calm in some situations she finds herself in. She doesn't trust people that easily but will slowly warm up to others.
History: Jazz was born on the same день as her brother Peter, she had a thing for horses. She loved the Животные so much that now she owns one named Uranus. Jazz got taken from Earth by Nebula at a young age. She ended up bonding with Gamora after meeting her.
Other: Jazz loves her brother even if he can be annoying at times. She isn't afraid to admit that to him. Her horse Uranus also happens to be a pegasus. Jazz ended bonding with Rocket as well after getting rescued by Peter and the Guardians.
Guardians of the galaxy members throughout the years.
posted by GabsSaw
Ok, so as a member of the Guardians of the Galaxy Фан club, I decided to write this Статья about some of the Guardians' members. But that's not why I wrote this. My actual reason is for the upcoming Guardians of the Galaxy movie which will be in theatres in about a year.
If I miss any, please tell me in the Комментарии section below and I'll see what I can do about it. Alright....here goes nothing.

#1 Charlie-27: He's from a race of genetically modified humans that live on Jupiter. But while on a solo mission, the Badoon invaded and wiped out everyone. When that happened, he became a freedom fighter...
continue reading...
1
The New Guardian~ Prologue~
posted by Winxclubgirl202 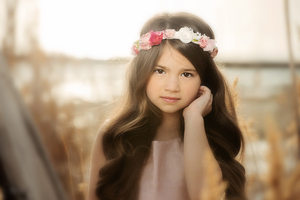 жасмин Lillian Quill was only three years old when she was taken from Earth and she had a lot on her mind. Her brother went missing the other night and her mother had died. Jazz was in the woods, it was the one place where she could clear her mind. She looked around it felt like someone was watching her. The girl turned invisible. She had the power to turn invisible which she liked to use her power to mess with her brother when they were playing hide and seek. A twig snapped making her jump, Jazz couldn't see anyone very well nor did she want to....
continue reading...
20
Fanpop Reviews Guardians of the Galaxy
posted by dave 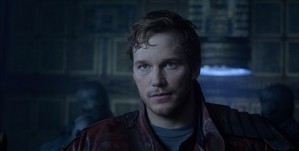 Star-Lord!
With the release of Iron Man in 2008, Marvel has established itself as the Золото standard of live action. The formula for this success has been an integrated universe with strong individual character stories. The other hallmark of Marvel’s strategy to дата is that all their stories have been grounded on Earth (yes, they have traveled to other worlds, but fundamentally all the major battles culminate here at home). Guardians of the Galaxy looks to break that mold by introducing a team of Герои (or are they еще anti-heroes?) set in the far reaches of the galaxy. Will mainstream audiences show...
continue reading...
4
Why Guardians of the Galaxy is the best Marvel movie yet. [No Spoilers]
posted by XxNerdQueenxX
Hello,this Статья is just as it says in the Название it's the reasons on why I believe "Guardians of the Galaxy" is the best Marvel movie yet. This is all my opinion Ты don't have to agree,but please no negativity in the comments.

To begin with the plot is pretty good,but I won't go into details to avoid spoilers. Фильмы tend to get right down to the plot,however GOTG nicely spaces it out,not rushing into anything giving its plot time to develop.

The action was nice,though sometimes it was hard for me to keep up with what was happening due to its speed,that's okay because that's what action is...
continue reading...
3
Groot Fanpop page
posted by bioshock21
If your a Фан of Groot please join.

Powers
Cellular regeneration:Groot has been seemingly killed on three occasions, each time regrowing from a sprig.
Strength: Groot's дерево like form provides him great strength.
Durability: Groot's hide is composed of wood dense enough and durable enough to make him immune to most conventional weapons, including gunfire and огонь which would consume most woods.

Abilities
Genius Intellect: Groot has received the finest education from Photonic Knowledge of the Arbor Masters. He is highly intelligent and has a tremendous grasp of quasi-dimensional super-positional...
continue reading...
You Might Also Like...