You're in the wrong forum

1. Forks is a real place, so therefore it's easier to believe! Harry Potter has all these places I've never heard of!

It's called "fantasy." See, that means it dosen't have to be reaslistic or take place in a place that actually exists. The fact that it doesen't really exist shows more imagination on the writer's part; she came up with an elaborate fantasy world. I think you'll find most fantasys take place in places that dont actually exist, that's an invalid argument.

That has nothing to do with the quality of the story.

Again, not a valid argument. The physical apperence of the actors in the movie adaptation has nothing whatsoever to do with weather or not the story is good. And besides dont you think thats just a tad shallow?

Again, nothing to do with the story quality.

5. Edward would beat Harry Potter in a fight:
Edward hears a stranger sneaking up behind him. He was still a quarter of a mile away, and wouldn't be able to see Edward though the dense forest. Harry whips out his wand and shouts the spell to make light, "Luminos!" Edward sees a bright light and hides behind a tree as the stranger gets closer. "Who's there?" shouted the stranger. Edward didn't say a word. Harry walked closer and closer until he walked in front of Edward without seeing him, since his eyesight and glasses are so poor. Edward runs with his super vampire speed and bites Harry's neck, draining his blood. He leaves the limp body to rot on the leafy forest ground. He took the childish stick that was in Harry's hands and snapped it into. A red feather showed in the core of the burgundy wand, and Edward pulled it out. He examined it, then when he decided that it was of no importance, he dropped it and ran back to the Cullen mansion, knowing that nobody would know of his murder.

Very nice. But once again, it has nothing to do with the quality of the story.

You're arguments are invalid.

To the newbies, hey :) My name is Italktosnakes, but everyone calls ne Accio :D x
I've been here for 1 year and 3 months, and I'm one of the five remaining members of the reasons gang :D
I'm from England (I live near The Phelps twins- they go to the esporta down the road)
I had my exams, then my holidays, so I haven't been here a while.
I'm telling you this, because I plan on ranting to the Biggstaffs on here, as I always have done. And if you don't like, then you can lump it. :D x

Больше года StarKidWeasley said…
You live near the Phelps twins? That is awesome. And hi, it's nice to meet you. :)

Больше года wotcher-tonks said…
Mommy, I haven't seen you in like 10 YEARSSSS. So hai :D

Больше года Italktosnakes said…
Hey babbbyy!! How old are you now, when I last saw your, you werebthis high *shows inaccurate representation of height on the ground* :P x

Больше года wotcher-tonks said…
I'm 13! ANd I haz me a boyfriend who looks like this: 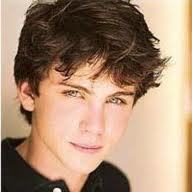 As far as I know, Gred just missed the reasons gang, but I mayyy be wrong :L x

Больше года harrypotterbest said…
I haven't heard from Moo in over a million years :S

Sorry, guys, I was felling sick this morning, so I was taking a nap, apparently. I'm awake now.

Больше года StarKidWeasley said…
I don't find slushie to be awful. Much better than gaychees, but her picture make me mad. Dan was so cuuuttttteeee!

Больше года harrypotterbest said…
I love slushies >.< But for some reason I don't think you're talking about them xD

Больше года SEEKER6 said…
^someone want to explain who slushy is? I been gone :< PRETTY PLEASE!

Больше года StarKidWeasley said…
Another Twilight defender with somewhat reasonable spelling and grammar, who has managed to prove that she has read both series. We quizzed her hard.

Больше года SEEKER6 said…
Alright! Sweet. I saw a few comments from her, and her picture said one thing while her comments said another.... nice to know she doesn't "tip lyke diz".

Yes, I am that desperate for comments.

Больше года SEEKER6 said…
I know. I just got really ticked off from gaycheese for a while, and there wasn't any other Twilight fans. I just got used to it......... I WASN'T TRYING TO OFFEND NO ONE! D: sowry

Больше года pokerface22 said…
Slushie looks like she left us... :)


Pokerface: I posted on your, um, article/forum thing! >^<

^hahaha I kinda read your name and was like oh look its JK Rowling! Then I was like wait.... harrypotterb..... OMG!

Больше года SEEKER6 said…
^ I know, I tend to have alot of those lol. We were praticing our dance at camp today and I got kicked. Then I fell. Then I didn't realize i was on the floor. Well i mean I did but i didn't get up until some kid ran over me.

Больше года pokerface22 said…
You are relating to me more and more each post. I'll be looking for my phone or a pen for ten minutes then realize it's in front of me or in my hands.

But they mentioned Harry Potter in my grammar book :D :D :D

Больше года gaycheese said…
ok i hav mor reesuns y tw1lite is bettr
1.herry ptoter is soooo tottaly ovr
2u cna undrstand bellas probblems bcuz ther abt hr boyfrend n any1 ho hav a boyfiend noes how she fell. hery potrs problems r only abut magik.
3.bella hav a famly so itz not as sad
4.the authr isnt as rich so she iz nicer 2 poor ppl
my bruthr saw wut i rote n he told me that i shudnt call ppl mean or st00pid so sorry that i sed that 2 u guyzz.

Больше года Belvedere said…
Apology accepted. Next time please be more considerate, I mean, you did offend some people out there.

Больше года StarKidWeasley said…
Hey, you! Harry Potter is so NOT over! Have you not realized that fans have been staying up all night for a clue that might give them access to a Harry Potter website?? And yes, apology accepted. Kudos to your brother.

Больше года wotcher-tonks said…
J.K Rowling gives money to many many charities, and did you ever hear the story of the girl with Lukemia? It's very touching. I don't know what you're talking about when you say Stephenie Meyer is kinder.

Also, Bella is not relatable to me. I can relate more to Harry. ( Not all his problems have to do with magic). What about when his godfather died? Harry didn't go into a depression like Bella did. He acted NORMALLY. Bella threw herself off a cliff for a boy she thought she loved. (Ed and Bella didn't really love each other. There was no passion in that relationship. It was lust, not love). Harry went on with his life when is father figure DIED. I think a father is much more important than a boyfriend.

Harry Potter isn't over, an entire website dedicated to it is coming out in October. And you never know if J.K Rowling will come out with a Potter encyclopedia. That doesn't even have to do with the story, and neither does the part about the authors.

About the family part... That just makes HP all the more realistic. Some people don't have families. My dad lost everyone in his family, and now all he has is me, my brothers, and my mother. Sad, isn't it?
Previous
Something to say? Sign in with one of these options:
Log in to Fanpop! Not yet registered? Create a new Fanpop account!