If someone asked Ты to guess how many Number Ones "American Idol" contestants have collected on the Billboard charts, what number would Ты guess? 18? 80? 180? All would be wrong, and all would be under the actual count.

медведь in mind, Billboard compiles around 150 charts every week. There are charts for every format of music, for singles and albums, for sales and airplay. Including every national, domestic chart, the "American Idol" singers have racked up an astounding 257 No. 1's to date, and the number increases all the time. Kelly Clarkson has earned the most Number Ones, with a total of 54. Carrie Underwood has topped the charts 42 times and Daughtry is close behind with 35 Number Ones.

On those same charts, 45 Idol finalists have appeared so far, with еще names being added every season. And Idols regularly have the best-selling single of the year, starting with Kelly Clarkson's "A Moment Like This" in 2002. A majority of the singles that have debuted at No. 1 on Billboard's Hot 100 this decade have been by Idols, including Clay Aiken's "This Is The Night," Fantasia's "I Believe" and Carrie Underwood's "Inside Your Heaven." Many other Idol singles have debuted in the вверх 10, from Ruben Studdard's "Flying Without Wings" to David Cook's "The Time Of My Life" and David Archuleta's "Crush."

The sales numbers are impressive, too. American Idols have sold over 46 million albums just in the United States according to Nielsen SoundScan, with worldwide figures reaching 66 million. Idols have sold over 56 million download tracks in the U.S. according to SoundScan. First-week sales of digital downloads on many Idol singles have set new records as well. No other entity has ever created as many hit-making artists and best-selling albums and singles. No one else in today's pop culture sells as many records and dominates the charts as American Idol.

Individual achievements by American Idols are also remarkable. Carrie Underwood is the best-selling American Idol (including all contestants), with album sales in excess of 10 million. She has won four Grammys, five American Музыка Awards, five Academy of Country Музыка Awards, five Country Музыка Association Awards, eight Billboard Awards, five People's Choice Awards, four CMT Awards, and more. Carrie is the first country artist in history to have 11 No. 1 singles from her first two albums, and she has collected еще вверх 10 hits than any other female artist this decade (12 to date). Carrie's debut single from her Play On album, "Cowboy Casanova," was the fastest-rising hit of the год on country radio, exploding with massive first-week sales of 110,236 digital copies. The achievement marks Underwood's claim as the only solo country artist to debut a digital single this год above the 100,000 units mark – a feat she's accomplished not once, but twice. Underwood also found success with her single "Home Sweet Home," which served as the farewell Музыка on American Idol last season. Her single, "Cowboy Casanova," debuted on the country chart at No. 26, making it the highest new entry for a female artist in 2009. Carrie also holds the record for the highest new entry by a female artist since the charts converted to BDS airplay data in 1990: "So Small" debuted at No. 20 in 2007.

David Cook's debut album has sold 1.4 copies to дата and produced a platinum single, "The Time Of My Life." With sales of over 1.3 million copies, it is the highest-selling coronation single by any Idol. "The Time Of My Life" was No. 1 on Billboard's Adult Contemporary chart for 15 weeks, one of only six songs by male solo artists to reign for 15 weeks или longer in the 45-year history of the chart. David has had three вверх 10 AC hits from his debut album, making him one of only three artists in the chart's history to earn that many вверх 10 hits from one album. One week after being declared the winner of American Idol with a record-breaking 56 per cent of the vote, David rewrote chart history when 11 of his songs debuted on Billboard's Hot 100, giving him the highest number of new entries in a single week since the Beatles in 1964.

Chris Daughtry is founder and leader of the band Daughtry, a group that has sold over 5.2 million albums worldwide and eight million downloaded tracks, making Chris the best-selling male Idol contestant to date. The band's секунда album, Leave This Town, debuted at No. 1 on The Billboard 200 and is their секунда CD to вверх this chart. The first single from Leave This Town, "No Surprise," is the fourth No. 1 for the group on Billboard's radio airplay chart, a rare feat for any artist. Their debut album yielded three No. 1s: "It's Not Over," "Home" and "Feels Like Tonight." Daughtry has won four American Музыка Awards, two World Музыка Awards and six Billboard Музыка Awards.

When Kelly Clarkson's "Breakaway" album hit its 52nd week on the album chart, it became the first Название in five years to spend every one of its first 52 weeks on the chart in the вверх 20. That wasn't the first time Kelly made chart news. Her first single, "A Moment Like This," broke a 38-year-old record when it jumped 52-1, the biggest leap to the вверх in Hot 100 history at the time. The Назад record was set by the Beatles' "Can't Buy Me Love," which rocketed 27-1 in 1964. Four singles from the "Breakaway" album spent time at No. 1, and the Название track spent 21 weeks at No. 1 on the Adult Contemporary chart, the all-time record for a female artist. "Breakaway" is Kelly's most successful album to date, with over six million copies sold in the U.S. alone. The singles from the album have sold a combined seven million tracks. In February 2009, Kelly broke her own record for biggest jump to No. 1 on the Hot 100 when "My Life Would Suck Without You" zoomed 97-1, still the all-time record.

Here is a Список of "American Idol" contestants and how many Number Ones on the Billboard charts each one has collected to date: 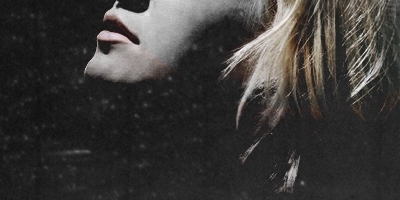 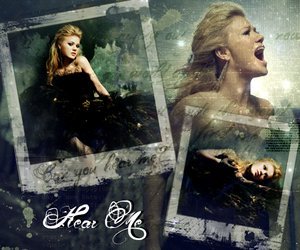 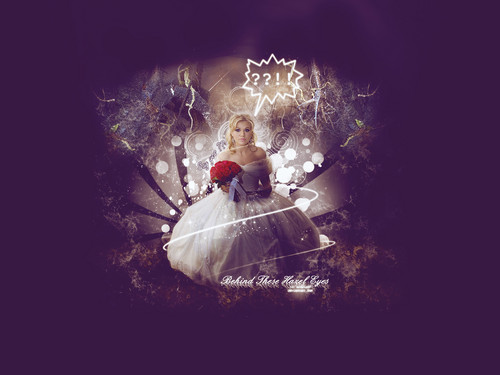 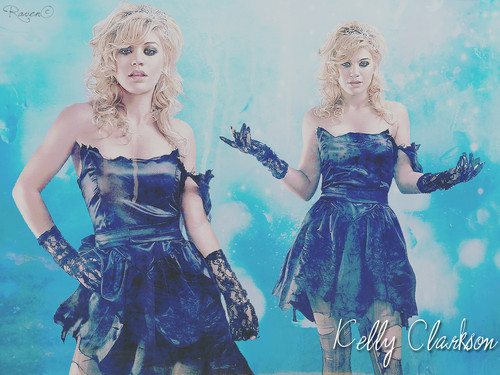 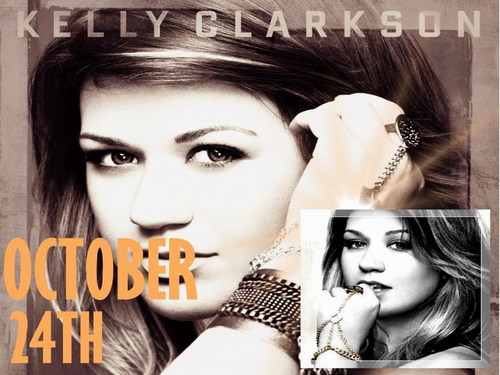 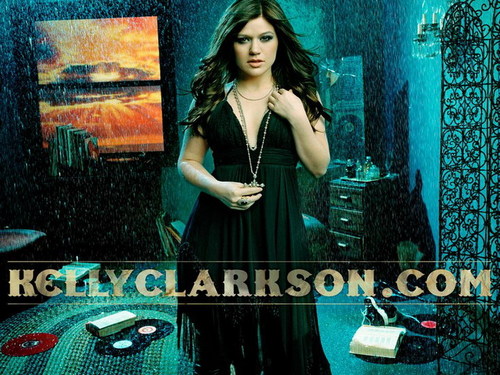 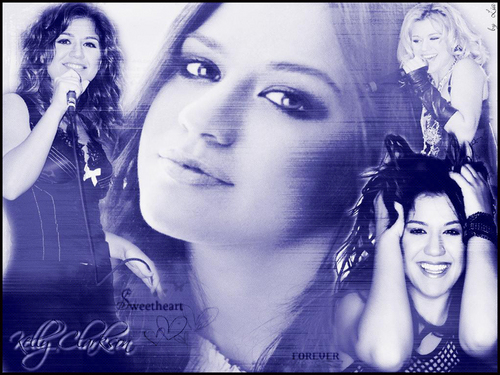 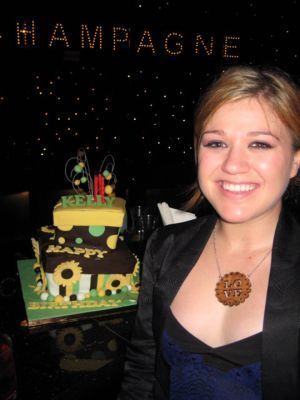 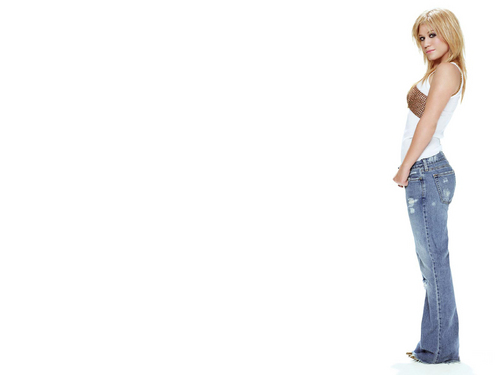 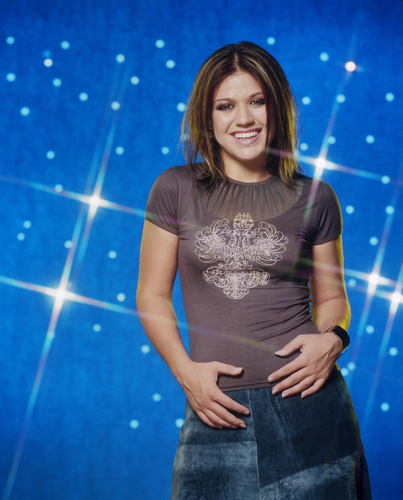 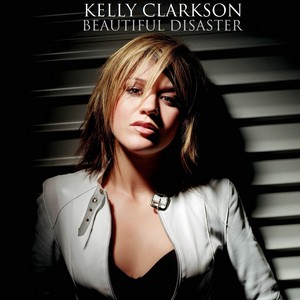 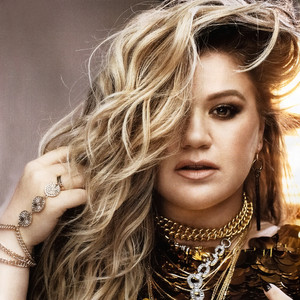 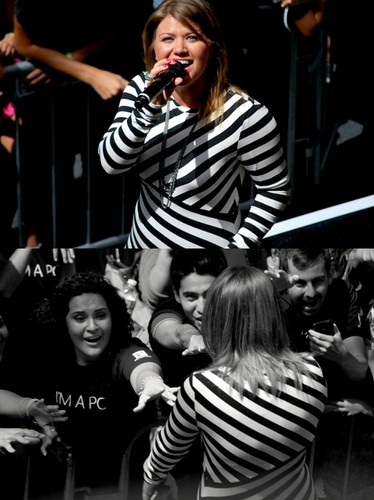 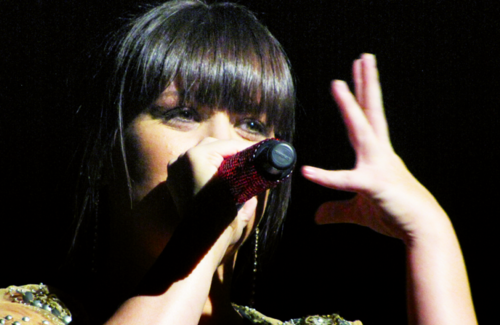 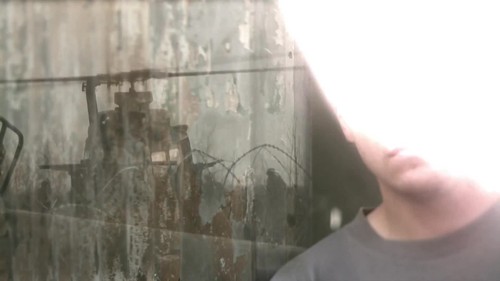 1
Kelly Clarkson- Dark Side {Music Video}
added by vagos
Source: Screencaps By Me 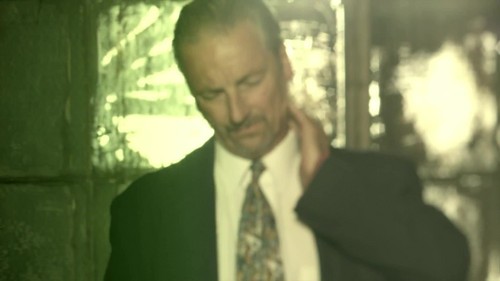