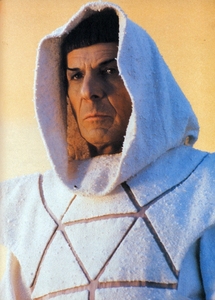 Spock: [in response to Kirk pawning his antique spectacles from Wrath of Khan] Excuse me, Admiral. But weren't those a birthday gift from Dr. McCoy?
Kirk: And they will be again, that's the beauty of it.
[to the Antique Store Owner]
Kirk: How much?
Antique Store Owner: Well, they'd be worth еще if the lenses were intact. I'll give Ты one hundred dollars for them.
Kirk: [pause] Is that a lot?

[Kirk and Spock enter a bus headed for the aquarium - only to exit the bus about two секунды later]
Spock: [to Kirk] What does it mean, "exact change"?

[Spock is still learning how to use profanity correctly]
Spock: They like Ты very much, but they are not the hell "your" whales.
Dr. Gillian Taylor: I suppose they told Ты that.
Spock: The *hell* they did.

Spock: Your use of language has altered since our arrival. It is currently laced with, shall we say, еще colorful metaphors, "double dumbass on you" and so forth.
Kirk: Oh, Ты mean the profanity?
Spock: Yes.
Kirk: Well that's simply the way they talk here. Nobody pays any attention to Ты unless Ты swear every other word.

Kirk: If we play our cards right, we may be able to find out when those whales are being released.
Spock: How will playing cards help?

McCoy: I mean, I may have carried your soul, but I sure couldn't fill your shoes.
Spock: My shoes?
McCoy: Forget it.

Dr. Gillian Taylor: Sure Ты won't change your mind?
Spock: Is there something wrong with the one I have?

Kirk: Mr. Spock, have Ты accounted for the variable mass of whales and water in your time re-entry program?
Spock: Mr. Scott cannot give me exact figures, Admiral, so... I will make a guess.
Kirk: A guess? You, Spock? That's extraordinary.
Spock: [to Dr. McCoy] I don't think he understands.
McCoy: No, Spock. He means that he feels safer about your guesses than most other people's facts.
Spock: Then you're saying,
[pause]
Spock: It is a compliment?
McCoy: It is.
Spock: Ah. Then, I will try to make the best guess I can.

Spock: Are Ты sure it isn't time for a colorful metaphor?

[Kirk has just spoken very abruptly to Mr. Scott]
Scotty: He's in a wee bit of a snit, isn't he?
Spock: He is a man of deep feelings.
Scotty: Aye, what else is new?

Kirk: You're not exactly catching us at our best.
Spock: That much is certain.

Gillian: You're not from the military are you? Trying to teach whales to retrieve torpedoes или some dipshit stuff like that?
Kirk: No, ma'am. No dipshit.
Gillian: Well, good. That was one thing, I would have dropped Ты off right here.
Spock: Gracie is pregnant.
[Gillian breaks to a sudden stop]

Amanda: Spock, does the good of the many out weigh the good of the one?
Spock: I would accept that as an axiom.
Amanda: Then Ты stand here alive because of a mistake made by your flawed, feeling, human friends. They have sacrificed their futures because they believed that the good of the one - Ты - was еще important to them.
Spock: Humans make illogical decisions.
Amanda: They do, indeed.

Ambassador Sarek: As I recall, I opposed your enlistment in Starfleet. It is possible that judgment was incorrect. Your associates are people of good character.
Spock: They are my friends.

Ambassador Sarek: Do Ты have a message for your mother?
Spock: Yes. Tell her I feel fine.

Spock: To hunt a species to extinction is not logical.
Dr. Gillian Taylor: Whoever сказал(-а) the human race was logical?

Vulcan Computer: What was Kiri-Kin-Tha's first law of metaphysics?
Spock: Nothing unreal exists.

McCoy: Hi. Busy?
Spock: Uhura is busy. I am monitoring.

Kirk: Ты mean the profanity? That's simply the way they talk here. Nobody pays attention to Ты unless Ты swear every other word. You'll find it in all the literature of the period.
Spock: For example?
Kirk: Oh the neglected works of Jacqueline Susan. The novels of Harold Robbins...
Spock: Ah, the "Giants".

Spock: Admiral, if we were to assume these whales were ours to do with as we pleased, we would be as guilty as those who caused their extinction.

McCoy: Perhaps, we could cover a little philosophical ground. Life
[pause]
McCoy: Death
[pause]
McCoy: Life.
[pause]
McCoy: Things of that nature.
Spock: I did not have time on Vulcan to review the philosophical disciplines.
McCoy: C'mon, Spock, it's me, McCoy. Ты really have gone where no man's gone before. Can't Ты tell me what it felt like?
Spock: It would be impossible to discuss the subject without a common frame-of-reference.
McCoy: You're joking!
Spock: A joke
[pause]
Spock: is a story with a humorous climax.
McCoy: Ты mean I have to die to discuss your insights on death?
Spock: Forgive me, Doctor. I am receiving a number of distress calls.
McCoy: I don't doubt it.

Dr. Gillian Taylor: Wait a minute. How did Ты know Gracie's pregnant? Nobody knows that.
Spock: Gracie does. 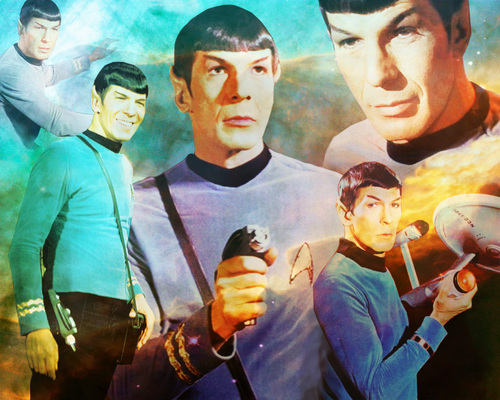 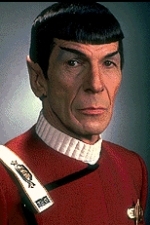 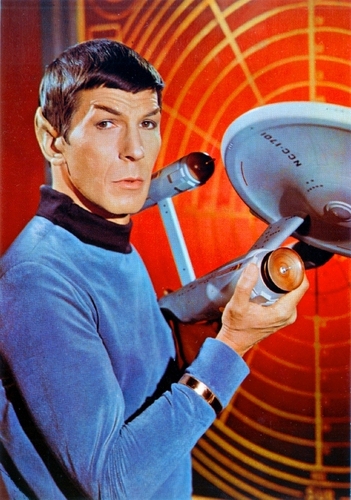 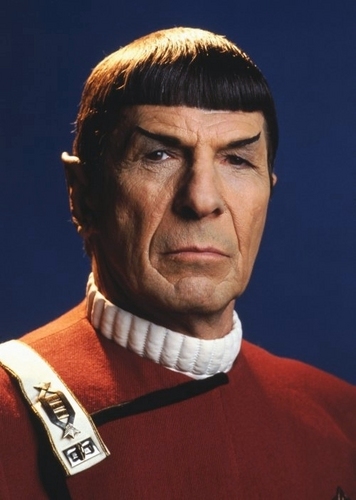 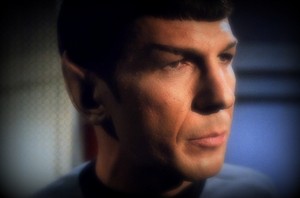 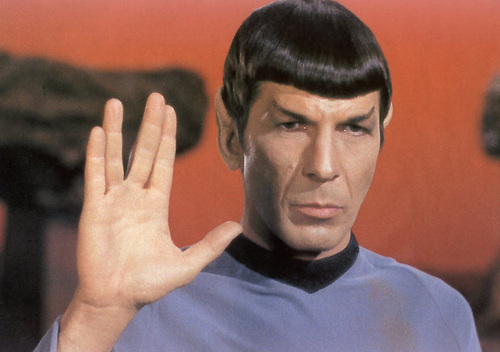 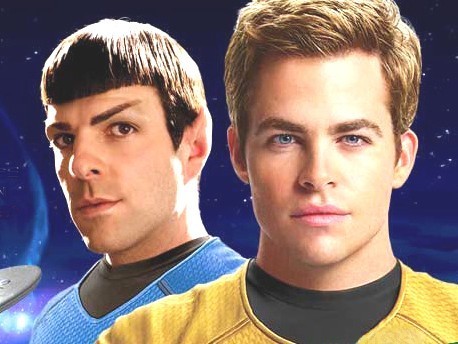 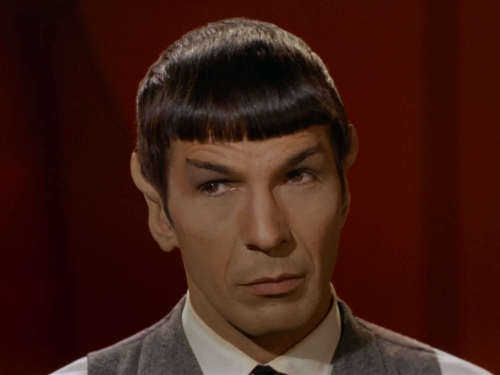 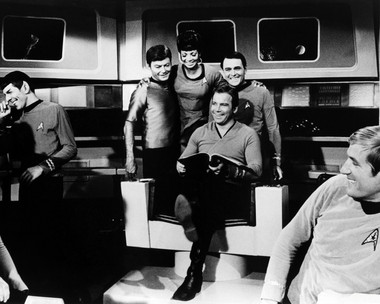 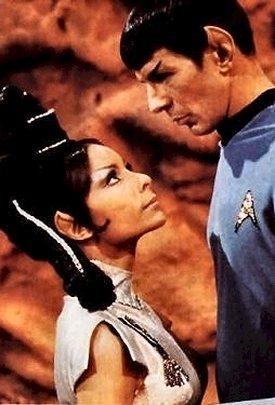 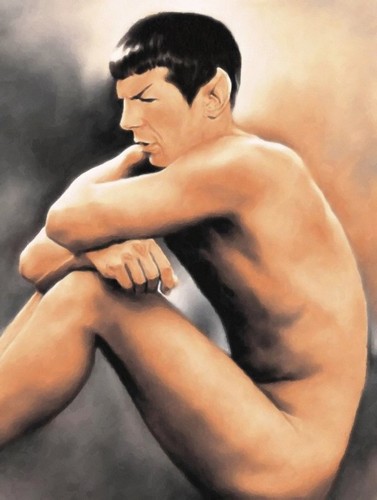 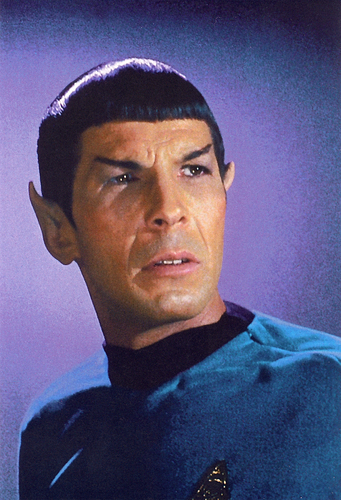 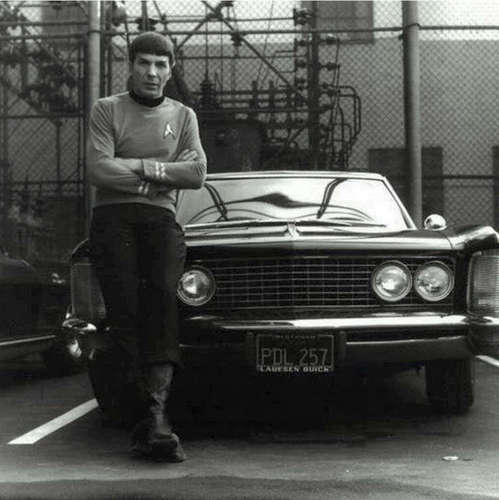 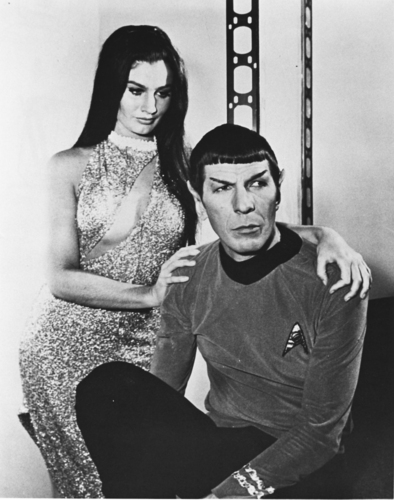 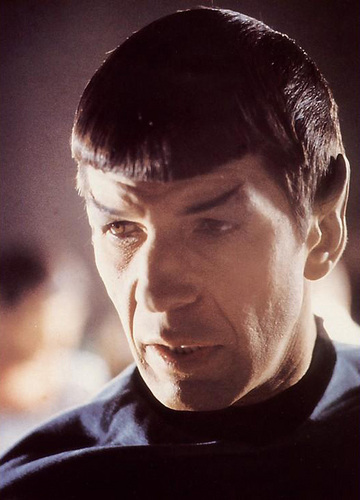 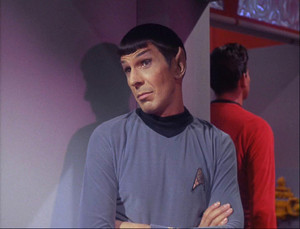 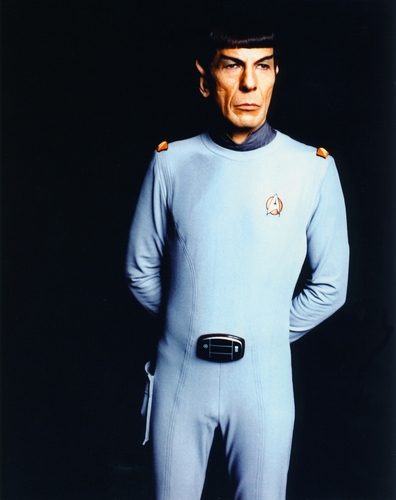 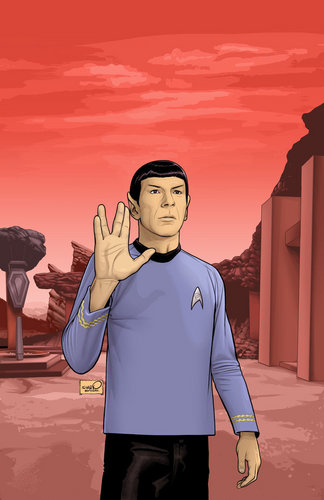