39
The Brilliance that is South Park: Why Kenny Had to Die...For Real
posted by chel1395

The boys of South Park: Stan, Kenny, Kyle and Cartman
I never truly understood why the utter lack of propriety shown on South Park was so hilarious, until I watched the Season Nine episode titled “Best Друзья Forever.” For those unfamiliar with this particular episode, allow me to elucidate.

South Park revolves around four little boys, Cartman, Kyle, Stan and Kenny, who all live in a small Colorado town. On this day, the always indelicate Cartman wakes his mother up bright and early so he can be the first in line to get the new Sony PSP. Unfortunately for Cartman, all the other kids in South Park got up bright and early too, so when he gets to the store, he is stuck at the back of an extremely long line. To add insult to injury, his friend, little Kenny, is at the front of the line, so Kenny gets a PSP and Cartman is left out in the cold. Kenny excels at the PSP game “Heaven and Hell,” until he is hit by a truck and killed. Ironically, the truck driver was too busy playing his own PSP to notice where he was going. Kenny’s spirit rises up towards heaven.

Kenny ascends to the pearly gates and PSP Heaven
He is told by St. Peter that everyone is so impressed with his gaming skills that God wants him to command the army of Heaven in a battle against the army of Satan. Kenny is дана a Золото PSP with which he can control the army of Heaven. Back on Earth, we learn that Kenny isn’t really dead, but in a vegetative state. Because of the unlikely chance he will ever wake up, Cartman, Stan and Kyle are read Kenny’s will. Kenny leaves Cartman his PSP, however since Kenny is technically still alive, Cartman can’t claim it…yet. The section that tells Kenny’s wishes should he ever be in a vegetative state is missing. In order to get the PSP, Cartman goes to the Supreme Court to get them to remove Kenny’s feeding tube. Stan and Kyle, on the other hand, believe Kenny will wake up and oppose Cartman. The Дебаты is shown on national Телевидение and everyone takes a side. Just as all seems lost, Kenny’s lawyer turns up with missing page of his client’s will stating Kenny’s wish concerning life support. It states: “For the Любовь of God, don’t ever Показать me in that condition on national television.”

This episode aired on Comedy Central on March 30, 2005. It was, of course, a parody of the Последнее Дебаты over Terri Shiavo, whose own vegetative state brought about debates over her right to die and her family’s right to remove the feeding tube. 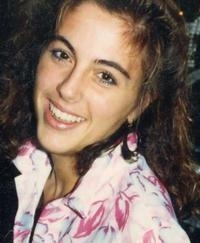 Terri Schiavo
South Park creators Trey Parker and Matt Stone used Анимация and crude humor to make the subtle point that no one involved in the case seemed to take into consideration. Shiavo’s parents and her husband argued with each other over their beliefs and what they felt was best for Terri, but none of them seemed to care that Terri’s most humiliating moments were being broadcast on national Телевидение everyday. We saw pictures of her, young and beautiful, and then we watched video of her wasting away in a hospital bed, being fed through a tube. One can only imagine that Terri wouldn’t have wanted to be remembered that way.

South Park has never strayed from making fun of any taboo topic, from molestation in the Catholic Church to the devastation of Hurricane Katrina, even going so far as to making fun of Comedy Central for censoring their episode on Scientology. But, don’t think of South Park as crude или foul-mouthed humor wrapped in a colorful package in order to impress its vulgarity and liberality of ideas on our youth. Look deeper and you’ll see that four animated little boys in a small Colorado town are able to make better sense than hundreds of politicians in Washington D.C. ever could. 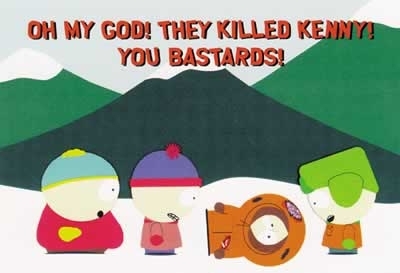 Yellowflash1102, urumica and 37 others like this
goalstopper Yeah, I love their parody episodes. they always make sense. i loved the N word episode of last season. I am sure there will be an episode about Britney,Lindsay and Paris wild days.
knifewrench I agree; South Park has some big stuff people miss out: - Do not go over the top with lawsuits (Sexual Harassment Panda) - It is almost/definitley impossible for a white person to know how it feels to a black person when the N word pops up - People will blame anything on global warming (Two Days Before The Day After Tommorow) -Cults are weird and dangerous - It is ok to play computer games, but not too much (Make Love Not Warcraft) -Porn screws up kid's minds (The Return Of The Fellowship)
DrDevience Standing Ovation!
rach3000 That's why you gotta LOVE South Park :D
HannaK I totally agree South Park definetly has some life lessons in it!
adavila whats the episode where they make fun of comedy central??
God1 I agree, don't the boys learn a lot.
LOVE_dino who ever wrote this they are the smartest thing out :)
prenesh southpark rocks..
amilcam I luv keeny although he always dead in majority epsd..
hawkstar14 The boys always learn something! There are lots of life lessons in this show! :)
soxfan89 They Felt Like They Has Enough Of Kenny Getting Killed Frequently!
Shadowlover2011 I REMEMBER THAT EPOSODE!!! :D 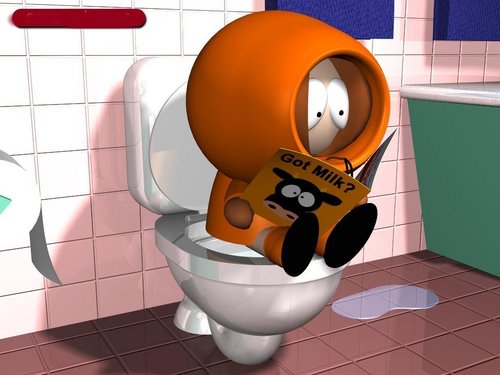 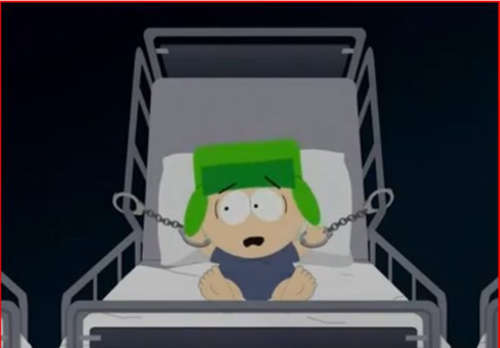 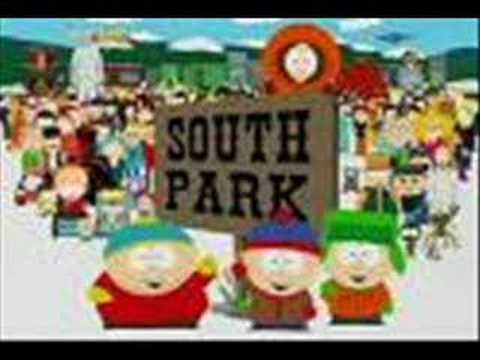 7
south park- in other shows
added by kennyfan-1
LOL i used to watch some of theses shows when i was younger like the powerpuff girls, the simpsons, and some other ones
video
Южный парк
southpark

4
The Spirit of Рождество - Original Short (Jesus Vs. Frosty)
added by South-Park-Babe
The origin of South Park - hilarious!!!
video 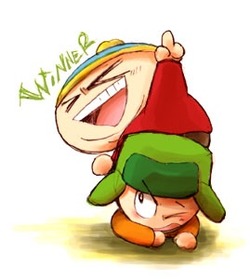 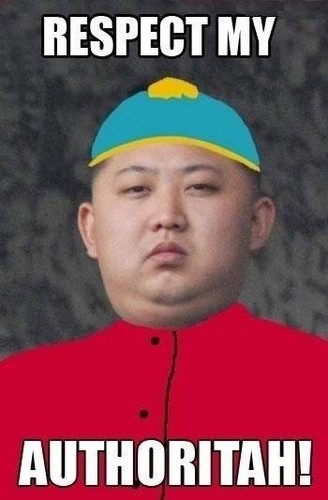 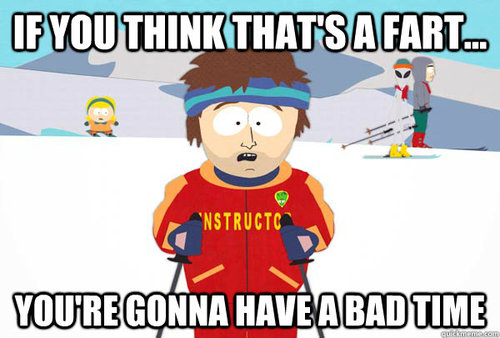 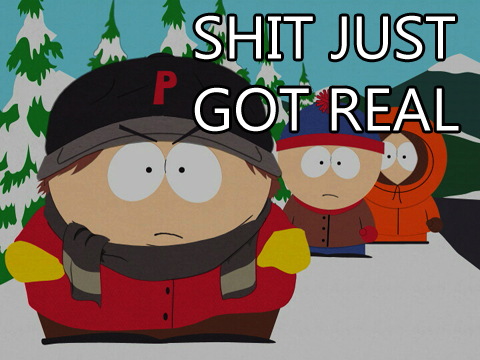 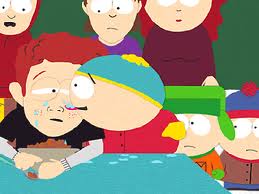 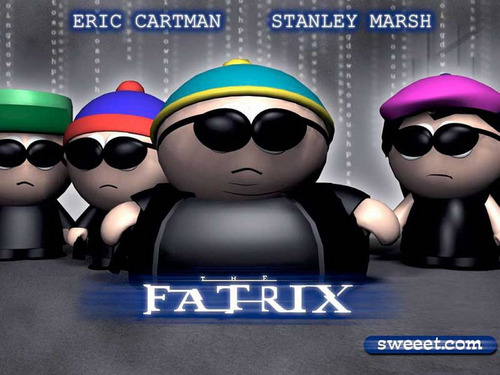 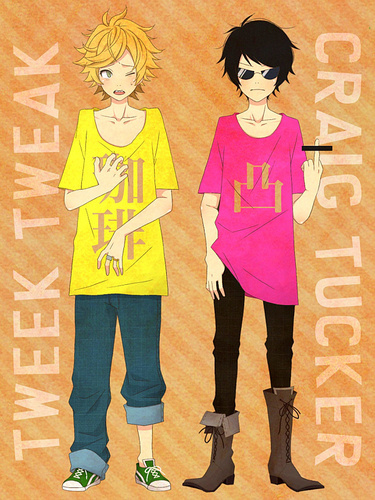 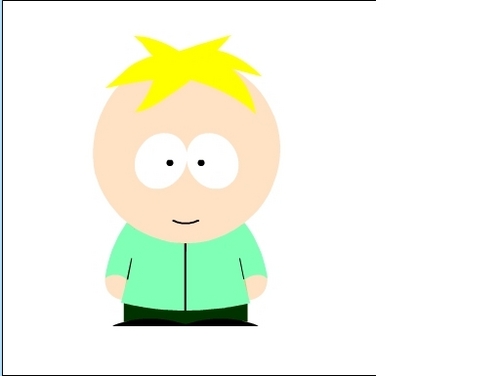