The Olympians and Titan Clash
posted by altheno
,Prologue:
The earth (Gaea) and the Sky (Uranus) meet and there was the creation of the first divine species in the world. They are called Titans. They rule the world with their own will until they propagate. They possess Сверхъестественное power. These abilities were inherited by their own prodigy. The titans turn to evil and greedy when it comes to power. They turned to kill everyone who might just take their place, even their own offspring. The great Uranus was killed by one of his great son, the Titan named Kronos.
Until Kronos rule, he bitterly eats his own sons and daughter to avoid ccompetition. Until her wife, Rhea, rigged him to eat a stone instead of his own son Zeus. Zeus, when capable had dwelled with his own father to save all of his siblings inside his father. He won and unleashes his sibling. From that, Zeus Created the Olympian Gods with his own sibling. He divided the world and let his own brothers and sister manage it.
Some forces from ancient time were still stirring up. They are Hungry for power and ready to take over дана a chance. The Olympian Gods try to stop them but they happen to be incapable of dying.
The Olympians manage to fight and protect their own thrones. Until a great prophecy has come. From their own descendants, rises a species that will control the world. They will be as powerful as Gaea and Uranus. This idea has scared a lot of the Demigods. Zeus turns to be insecure when it comes to the Demigods. He urged strictness and tries to manipulate them until he can. Some tried to escape and others lived a life far from the Gods.
No one know what could be this descendants on the prophecy can be capable of. A Power that can level Zeus’s grandfathers, Uranus, scared him a lot. The Olympus was in great pressure. The Gods had panicked and the Ancient titan uses this opportunity to defeat them. The Titans aim to find the demigods and urged them to Присоединиться their forces until they defeated the Olympians.

CHAPTER ONE:
I was on the bus, watching as the rain pour outside by the window. I could still hear my mom’s voice last night talking to Aunt Clarrise. I could still recognize how her voice trembles with fears. I’ve been eavesdropping on them for three nights since Aunt Clarrise visit my moms consecutively. I know something was wrong. I feel like I was a five-star-jerk hopelessly listening as with them because I know I won’t be able to win an argument with my mom to tell me everything. I tried to sharpen my hearing to gain some information but only one line from my moms seems to feed my ignorance some information.
“My boy is not even dyslexic, no monster since, no sign from my bloodline, nor from his own father. I won’t risk my boy in any of those camps. ”

I felt suddenly tensed. I could not stare on her in a minute. I knew I got this strong strange feeling over her. I just don’t know if it’s positive of negative.
“Can I challenge Ты in a game?” Althesia started, “well, that is if you’re not afraid of loosing.”
“Loosing?” I smirked. “You probably don’t know who I am. The deal depends on your bet, for me I’ll bet my golden coin.”
“Fine” she answered. I’ll bet with this.” She withdraw a cheap ballpoint pen on the pocket of her jacket.
“You got to be kidding me? A Золото for a cheap pen?” I said.” How about a kiss?
I forgot that were not alone in the room. I just hope that my face was not as red as hers .
“I rather place our own house for bet.” She answered.
“You can’t do that. I want something for sure. Maybe you’re not confident of winning that’s why Ты can’t even place a Kiss for a bet.” I challenge her
“That’s not true!” She shouted. “Fine! A Kiss for a bet, for sure Ты will stand a no chance.”
She looks at me as if she was trying to figure out the one hundredth way of defeating me.
squirrelpaw23 awsome
1
Rise Of The Olympians
posted by hunter-X 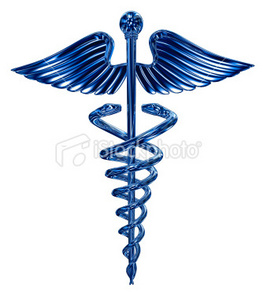 The brazen metal bars behind me groaned and squeaked as they slammed shut. My armor felt cold and weighted and my шлем misplaced. But my energy was surprisingly strong and alive.
That same low longing whisper from last night’s dream emerged in my thoughts.

Free me! Free me! It had said, или else your kind shall be Остаться в живых forever.

I shook my head freeing myself from the whispers and tried to focus on the event that was about to take place.
I stepped вперед a little bit and a low gaining growl evaded from the guard who stood in front of me.
My grip tightened even further around my...
continue reading...
More Cards
1234567891011