I was what I was. I was a "vampire" as they had called it. I tried not to talk, I tried to prevent anything that involved my throat. They took me hunting, but it didn't satisfy me. They told me that I was to be careful, that after a few months of snacking on animals, my eyes would slowly turn topaz and my cravings for human blood would cease.
I was still wearing the dress, it was awfully pretty. The girl Alice kept bouncing, making plans for the future. Our conversations normally ended up in glamor или something to do about painting my nails.
"Oh, Teddy! Your finger nails would be so pretty painted. They're long, Ты got lucky." Alice spoke to me, holding my hand. They would never grow again, so I didn't have to worry about clipping them. If I could clip them now.
My attention was suddenly directed towards the front doors, I could smell something fowl. I crunched my nose up, trying to stop the smell. It плавить, корюшка like... wet dog. Alice's attention was on the doors, too. I was still receiving death glares from Rosalie. What had I done to insult her?
"Bella, didn't Ты tell Jacob not to come?" Alice сказал(-а) rapidly, looking past the doors.

I was going to have to get used to this, I could tell.
"He's going to be pissed," she whispered. Who? Jacob?
"Don't worry, I think he's just here for Renesmee." Carlisle said, he wasn't looking past the doors, he was looking at me. "Esme, go tell Jacob to go the cottage," he сказал(-а) under his breath.
Was Jacob the one who плавить, корюшка like wet dog? He was making a lot of noise coming from the woods. My nostrils flared, I stopped breathing.
Esme nodded once, then she stood up. I watched her run out the door to confront Jacob.
The noise outside got louder, I could tell it was far away, though. Maybe a couple hundred yards. I didn't have to strain my ears to listen, instead, I just sat there.
Alice had gone still dead. I turned to look at her, but she stayed still. She was looking up, but her eyes weren't focused on anything. Was something wrong with her?
Jasper and Rosalie noticed, they where at Alice's shoulders right away, looking at her. Rose continued to give me stares. What was wrong with her? What had I done to offend her? Maybe it was just my very presence?
Alice snapped back to reality, snapping her head towards Carlisle. "Jacob's coming. He could smell her," Alice nodded towards me.
Did I smell funny? I felt like I was in a room full of candy, so I sniffed my arm. I плавить, корюшка just fine in my opinion.
The noise got louder outside, it was obviously closer. "What's going on?" I whispered to Alice who was on the other side of me on the white, leather couch.
Bella shot me a glance, she was sitting across from me. Jasper was holding onto Alice's shoulders, Emmett held onto Rose like he was trying to prevent her from clawing my eyes out. Carlisle was walking swiftly towards the front door, it had only been half a секунда before he was outside.
"You're about to find out." Rose сказал(-а) flatly, not looking at me.

It was loud outside, a lot of commotion. I could hear Edward this time, wasn't he at the cottage? The smell was stronger, it was coming from multiple places. This time, I could hear voices.
"What's that smell, Carlisle? Where's Renesmee?"
"Jacob, please understand this was different."
"What was different?"
"It didn't happen here, she lived in Montana."
"Where that plane crash happened?"
"Who is she?"
"What's going on?!"
There was еще than one unidentified voice. I could hear Carlisle, Esme and Edward trying to calm them down. I could hear three. Two males and one female. They плавить, корюшка like wet dog, like they needed a bath.
Before I could think about it any longer, the French doors swung open, revealing three Indians. They where warm -- I could feel their aura. The smell was even еще strong now that the doors where open.
I couldn't help it, I hissed.
The one in the middle arched an eyebrow, looking straight at me.
"Rose?" He asked.
I looked up at Rosalie, then he noticed she was right Далее to me. He realized that I wasn't her. I could see his nostrils flare, then I looked at the two on his right and left side. One was a female, she was glaring at me, then looked over at Bella in disgust. The male was smiling crookedly at me; was something funny?

That's when an argument erupted. 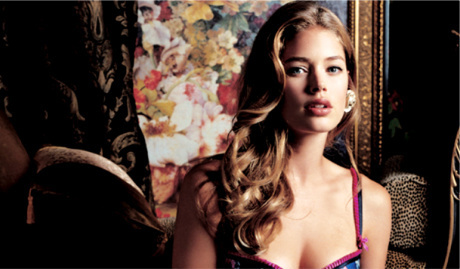 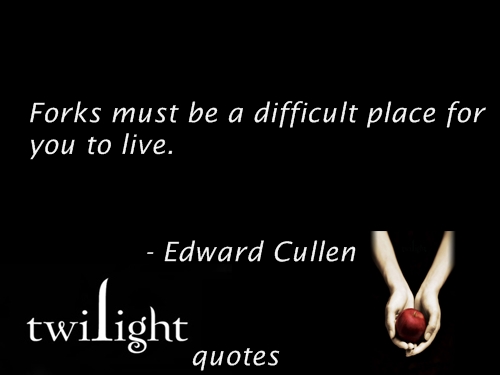 3
Twilight Цитаты 21-40
added by nessie-eska
Source: made by me 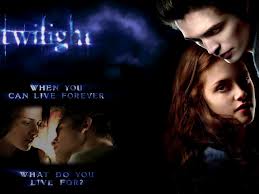 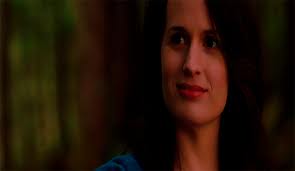 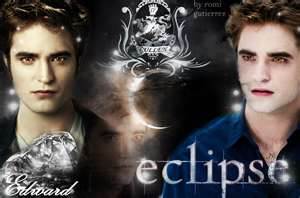 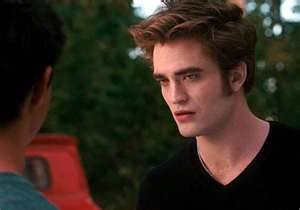 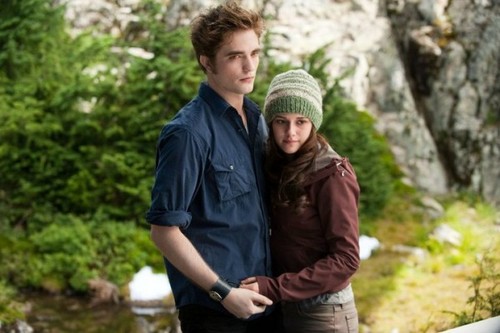 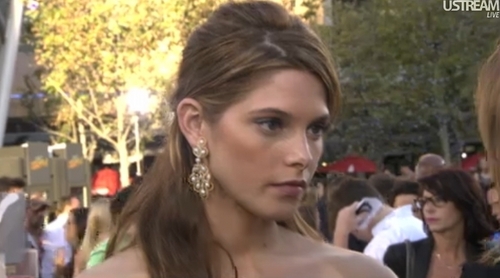 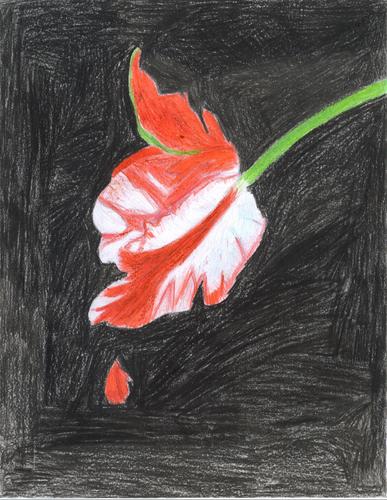 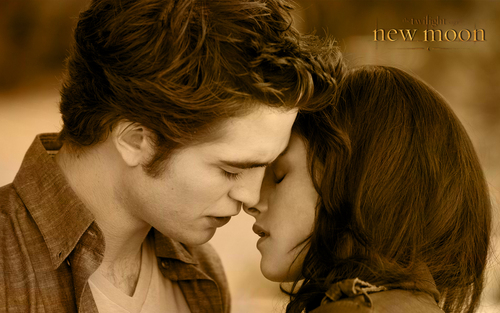 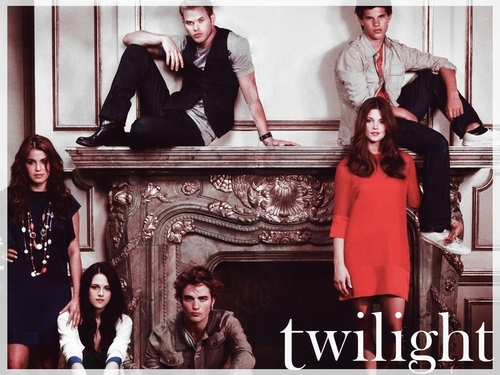 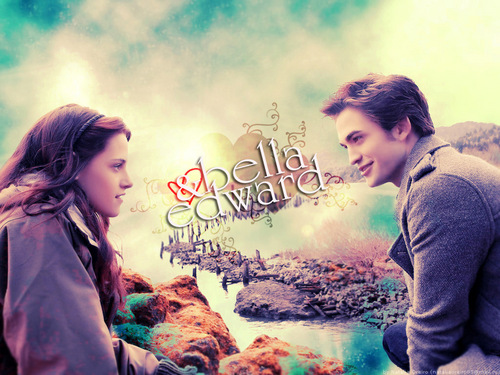 9
Bella and Edward
added by xIsax 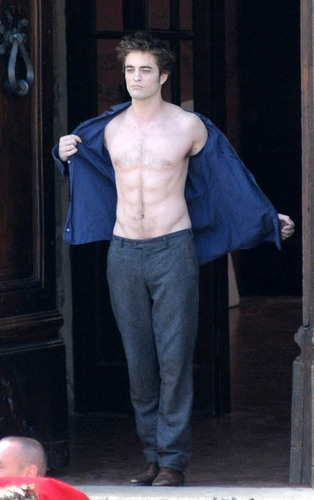 9
Kristen with Robert on the set of “New Moon” - 27 May
added by sk91
Source: celebrity-gossip.net 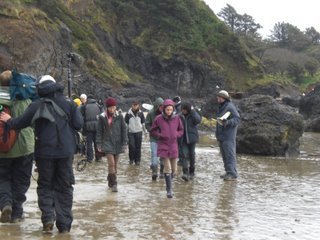