Skillz
posted by Robin_Love
Made this for fun and I don't care about time lines so just enjoy. :)

His hand moved back and forth the paper with ease. The colored pencil in his hand lightly touched the paper. His ears twitched and he sighed. He looked out the corner of his eye at the shadow looming over him. Spiked hair, messy, on the smaller side. He looked back to his paper deciding it was now или never. He took hold of his notebook and smacked the person in the face with it. A familiar screech sound.
“What the heck was that for?!” Wally asked, holding his bleeding nose.
Aroan looked at his drawing.
“You got blood on my paper.”
“WHAT?! Your paper MADE me bleed!”
An excilerating laugh followed and the infamous Boy Wonder landed on the диван, мягкий уголок beside Aroan.
“You deserved that for stalking Wally.”
“Shut up Robin!”
The laugh sounded again. Aroan ignored it all and turned to the Далее clean page.
“Hey can Ты draw me, bunny boy?” Wally asked, coming around to pose.
Aroan looked at him then back to his paper.
“I could, but it'd be a very unattractive picture.”
“Why? Ты can't capture all of this?”
Wally gestured to his body before posing again.
“No I can. But it would be a waste of my talents. Ты aren't attractive at all.”
Robin's laugh echoed throughout the mountain, followed by a sudden thump as he fell off the couch. Aroan quirked a smile but it soon disappeared. Wally glared, unamused.
“So that's a no.”
Aroan ignored this, moving his hand on the paper in long strokes. Wally sighed and ran to the kitchen. He came back with a bucket of chicken and sat down to eat. Robin moved and sat on a chair. Both watched as Aroan put a few finishing touches before Показ them the picture. Both stared at it, then him. Wally reached over to touch it, but Aroan pulled it back. He ripped the page out and handed it to Wally.
“Consider it a gift for the amusement.”
Aroan got up and walked out, leaving the two stunned Герои behind. 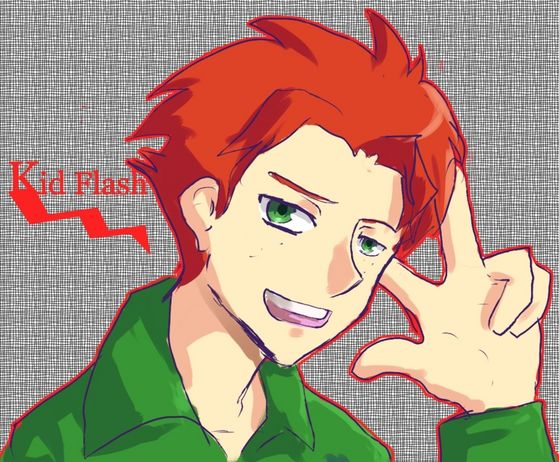 Becca the Demon's Child
added by Robin_Love
11
Character makers online!
posted by AislingYJ
Updated 6/3/14
I'm bored, so I thought I'd share with Ты a few websites online that Ты can Дизайн your characters! There are tons of websites out there, these are just a few.
link
This website is by far the best superhero generator I've found. Basically Ты use it to make your character in costume. They have endless options of costume parts for both male and female characters, and they even allow Ты to Переместить parts around, resize them, and color them. Ты can save the character to the game, and then load it later, but if Ты want to save an image to the computer, Ты have to take a screenshot....
continue reading...

1
Scott and Cat
added by Robin_Love

Back of the Normal, Stealth and water dress
added by EclipseYJ
Source: Alice madness returns