Liberation 4/4
posted by SilverWings13
When Whisper was shot by a bullet meant for me... I didn't need footage of it to remember the nightmare that's haunted me these last couple of years. There was so much smoke and so many bullets, the fighting, the chaos. I never saw Whisper's shooter, had assumed it was a Болталка soldier who wanted to kill us intruders. But there's a camera that shows an angle I didn't have that night.
"It was Duke. Just before the camera was destroyed by the blast, Duke steps out from the horde of soldiers, wearing one of their uniforms. He raises his gun, aiming at me. He was finally about to get his revenge on me for making Whisper suffer, for the happiness he should of had with her that was stolen by my father. So Duke pulled the trigger. Whisper jumped in the way. In the grainy image, Ты can see his feature change from anger to horror. Just before the camera is destroyed."
"Who gave Ты that footage?”
"I got it randomly in the mail. With it was a picture of a little blonde girl, no еще than three years old. It was taken by a security picture at a mall in Quebec, but Ты can clearly see her face. Noëlle looks exactly like her mother. Whisper's daughter is alive."
"Noëlle?"
"Whisper, as Ты may have collected, was French. In France, Рождество is called Noël. Whisper's daughter was born on Christmas, exactly 4 years after her and I met."
"Who gave Ты the footage, Aleksander?"
"There was a message on the back of the picture. It сказал(-а) if I wanted the princess, I needed to meet with her knight."
"Castor."
"Yes, Castor. My father didn't kill her after all. He let her go in the middle of the snowy wastelands of Russia. He knew that she wouldn't be able to tell anyone about the prison without giving herself away and risk being taken back to a prison или testing facility somewhere else. My father threatened to kill Whisper if her knight returned. Miraculously, Castor made it out of the snow to Moscow. She predicted our break out and looked everywhere for us. She found out about our ship and in turn, about Noëlle. When she came across what happened to Whisper after looking into the CADMUS building attack, she decided to keep looking for Noëlle. After three years, she finally decided that she needed my help."
"The princess? She called Noëlle 'the princess'."
"Whisper and I were the Prince and Princess. When our King, my father, disappeared from his place in ruling, we became the King and Queen. Noëlle is Whisper's daughter, and therefore the Princess."
"Why do Ты hold onto the titles?"
"Castor believes that our war games are not over. I went after my father and ended up killing Taylor. жасмин is out there, Duke is out there, 121 others, as well as the Princess. On the chess board, I am the King, Castor a Knight."
"And who is your Queen, now that Whisper is dead?"
"It should have been Aryess. But she has betrayed me. I cannot trust her. I have no Queen in this war. But.. Every King needs a Queen. Otherwise there is no balance. But he also needs his heir."

I may write something on Alek saving her... Should I?

Another theme song for Aisling!
added by AislingYJ
I know, it's old...Still like it though! It just kinda fits her though. Same idea as her other one, "Somewhere I Belong"... :)
video
young justice oc
aisling
theme song
song
breakaway
Келли Кларксон 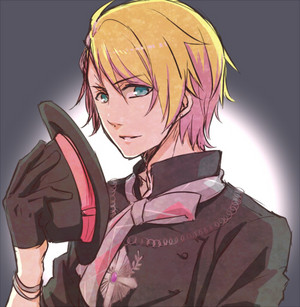 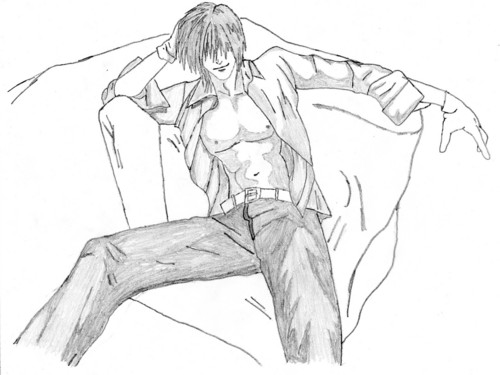 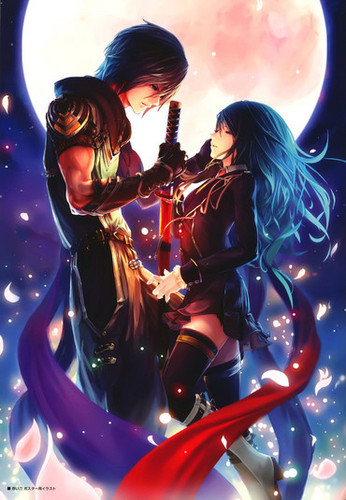 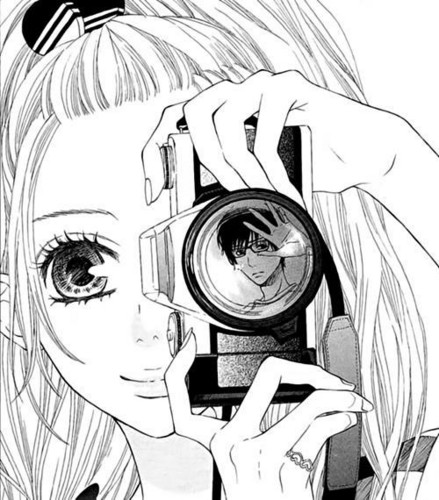 Bent and Sil
added by BentleyYJ 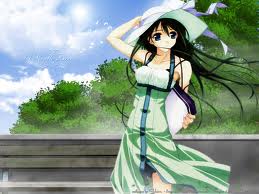 My OC Harley
added by Obscurity98 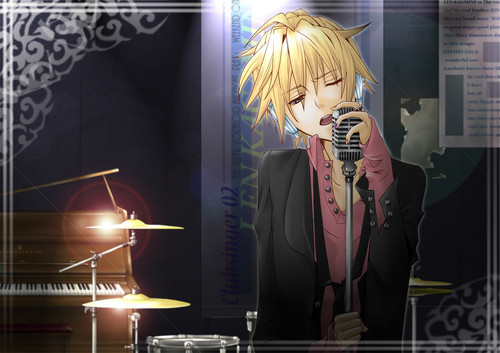 Richi looked up at his friends, his eyes empty and cold, as if the огонь that once fueled his emotions had finally snuffed out. They glanced over at the two bodies in the shadows by the corner, and an audible choke escaped from his mouth. "We're done here." stated Richi, his words monotone and meaningless, and he stepped away from the decapitated corpse. Before Richi could say anything else, a long beep emitted from the remains of Giovanni's metal suit. Without warning, the ground under the teens began to tremble and rumble,...
continue reading...
1
Update on Bella
posted by KatRox1
Yeah, I left the team. Why do Ты ask?

My name? I thought this was already covered?

No еще powers for me. I grew out of them, like how Ты grow out of allergies.

I work outside the government. According to them, I died in a train accident in December.

I dyed my hair to be еще brownish-red, so that it’s easier to blend in. Government, remember?

The черепаха backpack had to go, along with any other habits. So, no barefoot running, no teas… yeah. 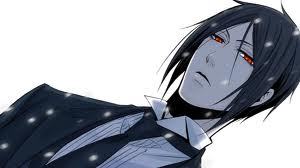 Babylon stood in an alley, another one, as she liked them best, breathing heavily from the incident with the Demon. Adrian had killed him quickly and easily. But he was a watcher, she was not.
She was scared, for the first time in her life, Babylon was scared to die. Ethan сказал(-а) she could possibly meet an end this way, become one of them. Never in her life, did she want to both live and die, than at this moment then.
She made sure the cape was pulled tightly around her, and walked on. She was going to hide in a church. An old one, one she knew had been left alone many years назад from a fire....
continue reading...
a bullet and a bat one shot.
posted by Gunfire
OOC: oke this one shot will take place a few weeks afther the escape frome ahrkam, about 6 weeks.

Twan sat on the chouts wel Harley Quinn slowly and carfuly removed the casted frome his arm using a chisel, the cased craked open and she took it of his arm.
There Ты go kiddo the bone should have been healt by nowe. she сказал(-а) whit a smal smile.
Thanks Harrley, fore evryting.
My pleaser kiddo, she replied.

2 weeks later:
Twan was hiting a punsing bag, as Harley and Joker walked in.
Good news kiddo, harley сказал(-а) as she tossed him a newespaper.
I am decleard sane, i got pardond fore my crime. he сказал(-а) suprised....
continue reading...
In the Future, Life Begins Again 1 of 2
posted by SilverWings13
"Get your men back!" Blaze yelled as he trotted out the gateway of the abandoned maximum-security prison. The captain of the squad signaled the 50-or-so men of his betalian to retreat from the entrance. The heavily-armed soldiers positioned themselves behind the barricade of cars as the earth began to shake beneath their boots. A howl derived from Hell erupted from the dark, a first of anger and bloodlust. Blaze leapt onto the капот, худ of an SUV just as the creature charged from the exit tunnel of the prison.
The monster could have been mistaken for a rhino, accept it was 11 feet long and shrouded...
continue reading...
Prisoner of War 22
posted by Robin_Love

Red eyes
“How did it work out?”
“Just as Ты predicted.”
“Good. Just keep her away from the nosy crew. Before long, it will be time.”
“Don't order me around!”
“Of course not. It was merely a suggestion.”
“Keep your patronizing for your master.”
“Testy, aren't we?”
“Keep your end and I'll keep mine. It would be a shame if Эй, found her so soon. After all your hard work that is. To keep her hidden.”
His face turned to a frown.
“Yes it would.”
The knock at the door brought them to look at the solid wood. He turned back to his guest.
“You better leave.”
“Of course.”
He turned...
continue reading...
3
New OC
posted by Punk__Heart
Name: Tristan Mistry

Powers: He has the ability to control a huge spirit dog which he rides as a mount (hence his alias)

Past: Tristan lived with his parents until he was twelve, and his parents abandoned him near the outskirts of town. He was taken in by a strange man named Eli, who he lived with until Eli forced him to face a giant spirit dog. During his battle between the spirit dog Tristan's left arm was severely injured, the spirit saw that Tristan was not his enemy after Tristan passed...
continue reading...
Can't Promise This will be the Last
posted by Robin_Love 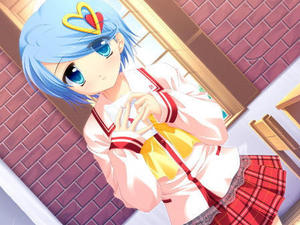 Reyna
Name: Reyna (Ray-na) Jackson
Alias: Hyde
Occupation: Translator; vigilante; student
Powers: Levitation, magnetic fields, explosive energy, “wings” that can repel radiation
Weaknesses: If she expels too much power, she will pass out. She is not invulnerable to weapons that aren't magnetic. She can only levitate herself and only for short periods of time.
History: Reyna's mother is a poacher, her dad is a scientist. She grew up in New York. Reyna was teased because of her mother's work and her dad's money. Reyna had a lonely childhood. And a hard one. Her father was mentally insane. Since her...
continue reading...
Love! -One-Shot-
posted by WingsOfDeath
*Giggles* I thought I would write this cuz I really like Письмо fluffffffff! *Whines* ;-;


Mel linked her arm with her brother's, smiling proudly; she had finally gotten Ciel and Jaime to go on a double дата with Shane and herself.
"So, Royal Diner?"
"Yep!"
"Oookay." Jaime pushed open the doors. He led Mel inside, Ciel and Shane followed. They sat at a window-side table. Grey tabletops greeted the young couples, as they sat on the wire backed chairs.
"Fancy." Ciel muttered, sitting beside Shane.
"The usual, Adams?"
"Yes please!" Mel beamed. "Plus a number three, and one!"
"Right on it's way." Mel giggled,...
continue reading...
1
A Остаться в живых Clan~Part 5~Finale CHASER UNMASKED!! READ THIS! :D
posted by SouthYJ 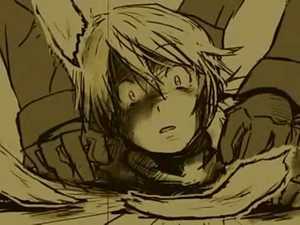 Dante.
The group walked through the woods. Three days have passed since their "small" encounter with Chaser and the fall of Delta. A still silence was set over them since then, not one person had сказал(-а) a thing. Melissa decided it was too quiet,"Are we there yet!!?"
"Almost, we're in the Golden Highlands." Becca muttered as she continued to lead the group forward.
"What about Chaser?" Bentley growled.
"We'll face him."
"But..."
"We're here."

All eyes fell on the castle. Becca scowled,"So? We трещина, сплит into groups?"
The others nodded. She turned to them. "Okay Bloodaxe, Tesla, and Onyx stay guard outside. Nightlock...
continue reading...
1
Rise up ~The untold story of Scott Nathaniel Clancy~
posted by XxKFforeverXx
Some of it is Scott's perspective of Gotham city, and some is Scott's past. Enjoy~ :P

Danny looked up from the parking lot, and up towards his apartment window. Scott was perched in the window sill with his head on his knees. He walked up to the apartment and unlocked the door.
"Hey Scott, what are Ты doing here..?" Danny sat down his backpack.
"Needed a break....."
"And may I ask what?" Danny plopped down on the couch,
"Everything. Work, the cave. I'm just tired and wanted some peace." Scott looked over at his cousin. "Did I ever tell Ты the whole story?"
"About..?"
"That night.."

When Ты see...
continue reading...
What Matters? Scene 2: We Tried This Before --SPOILERS DIVIDED WE FALL--
posted by The_Writer
EXTREME SPOILERS FOR DIVIDED WE FALL AHEAD!!!! IF Ты HAVE NOT READ THE Назад BOOK, DO NOT READ THIS PREVIEW!!!

The red-haired girl smiled and leaned forward, pressing her lips slightly to Sam's. Sam reached one hand into her fiery hair and pulled her closer, deepening the Kiss before breaking off and standing up. "We tried this before. It didn't work out."

"Me too." Sam said, slipping on his mask and jumping from the window.

Barbara took a deep breath and about a full sixty секунды before returning to her computer.
More Cards
1234567891011