The hologram disappeared and the starnger turned around.

He was standing outside of a mountain. It was pretty dark, probably near midnight. His silhouette shone against the full moon. Making sure all his weapons were loaded, the figure set explosives against the side of the mountain.

Backing up several paces, he detonated them, absorbing the impact of the blast without a word.

Alarms sounded throughout the secret facility hidden away in the mountain. Two people appeared. A sixteen год old boy wearing a black and red Супермен T-shirt and a green, Martian girl of the same age.

"What the...?" the two asked, but the figure tossed a grenade into the room and it exploded.

The Martian girl collapsed of the heat, screaming in pain as огонь spread around the room while the Kryptonian gasped as he felt hundreds of tiny pieces of Kryptonite pierce his skin.

With the two aliens out of commission, the figure walked in and shut off the alarm. 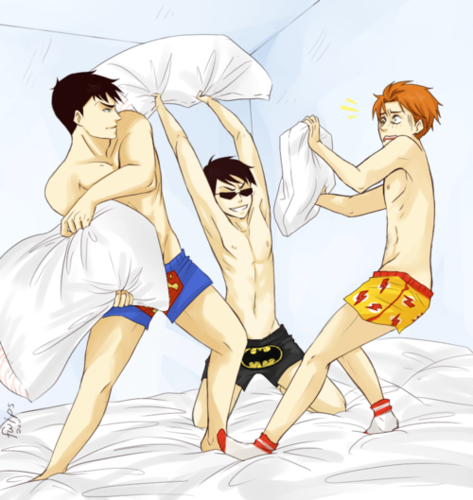 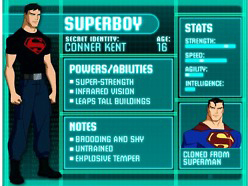 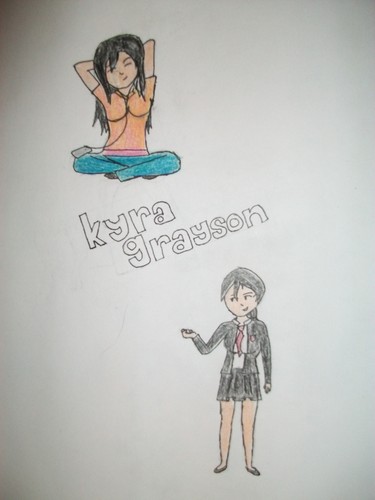 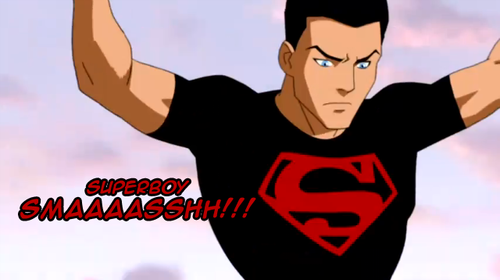 Ms. Martian
added by RavenclawQueen
Source: me
The Colours of Eclipse Part 1
posted by robins-gfriend

-GOTHAM SQUARE-
"Robin, is everything in order now?" Batman’s voice echoed down Robin's ear piece. "Don't worry everything is back in order the police are just finishing up!" сказал(-а) Robin, "Good I need Ты team back here ASAP I have some news, Бэтмен out" and their conversation ended. He turned around to see everyone was recovering from killer ice and icicle Jr’s attack. "Batman need's us back to base now he says he has news for us" informed Robin. "Yeah but batman’s type of news is just telling us bad we did!" replied Kid flash brushing snow of his shoulder...
continue reading...
1
I Need to Talk to Ты
posted by robins-gfriend 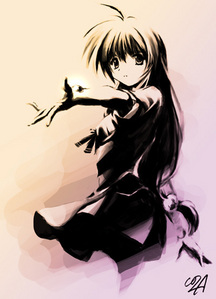 Until Next Time
A single beam of light shone on a silver chair in the middle of a dark space.

In the background the sound of foots steps moved to the chair.

“Hello, It’s only Eclipse here don’t worry I will make this a sort goodbye but I have met Ты here in a Космос between dimensions to tell Ты some sad news, I have noticed the number of OC’s in Статьи so I have decided to”

She stopped for a moment

“I have decided to Отменить The colours of Eclipse, I know some of Ты will be wondering why and have mix feelings but to me young justice...
continue reading...
1
Youll be in here in my сердце ENDING
posted by Mclovin_69
( 6 years later)

Wally and Willow walked through the park, they were both 21 now, Gregory ran ahead he wasnt going superspeed but he was sure still fast, Allen walked holding Willows hand, Wally ran ahead after Gregory, Willow saw Wally run and swoop Gregory up in his arms. Gregory laughed as Wally finally placed him back on the ground, " daddy no fair!!" he shouted while laughing, Willow laughed, " mommy..." Allen said, Willow looked over at him and crouched down so she could face him " yes" Willow said, " why does Gregory want to always run ahead why doesnt he just want to stop for a minute...
continue reading...
2
New год Party!
posted by Robin_Love
“PATY!” Wally shouted.
He opened the bottle water he held (he'd been banned from all caffine in an attempt to calm the already excited speedster) and took a big drink. Artemis shook her head, standing close to he mentor and friend. Several people were there including Cyrus, Becca, Gray (Gravity Boy), Kurt Wagner (Nightcrawler of the X Men) and Elie (Eclipse). Not to mention the entire Justice League. The lights had been hacked into disco lights, the cave had been decorated, and Еда had been made by Megan. With help from Becca. Музыка started playing and the party was going. An час into...
continue reading...
Gender Swap-Part 3
posted by justjill
Megan's bio-ship landed on the hard pavent of Boston sending passerby running of for safety. "What happen?" Aqualad asked Megan."I don't know, she felt something pulling her down." They quickly got out of the Bio-ship and looked around, suddenly a огонь ball shot through the air and almost landed on Artemis until KidFlash quickly pushed her away. "Hahahaha! we meet again, baby justice league!" Dr Evil laughed crazily launching огонь balls at them. "Enough of this nonsense!" Superboy shouted, his anger rising to his/her top. Superboy launch himself into the air and came down onto Dr Crazy creating...
continue reading...
1
the consenquences of seperation
posted by Mclovin_69
Бэтмен had gotten worried because the of the amount of people lving in the mountain so he decided to Переместить the team Secret Six across the world so that they can help others in need out there, but considering Бэтмен didnt think of the teams couples seperating like Willow and Wally, Becca and Robin, and Joy and Connor, he hadnt any intention of letting them stay together becuase they were superheroes they didnt have time to date.

Willow cried as she packed her bags from her room, she heard a knock...
continue reading... 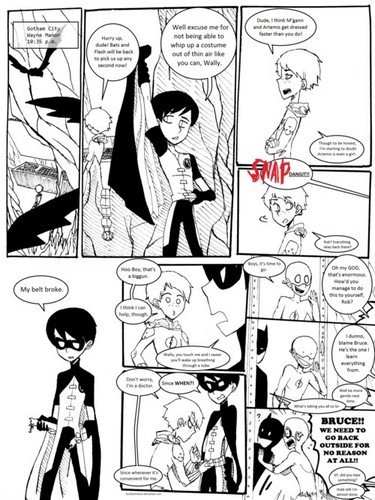 6
For shame Robin, for shame.
added by Skittles98