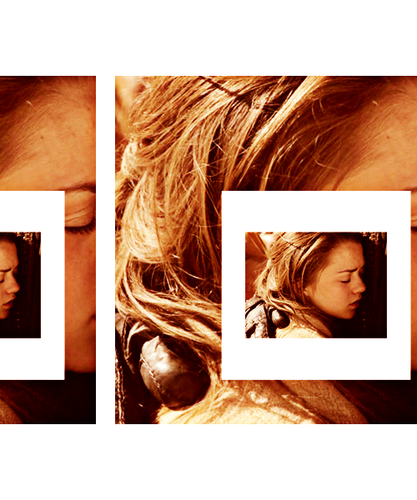 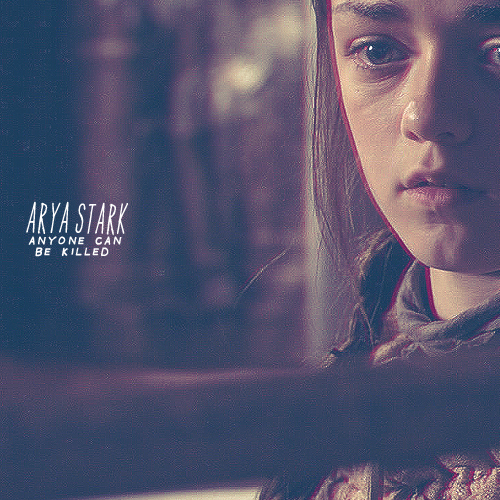 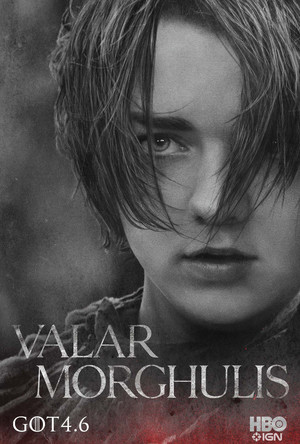 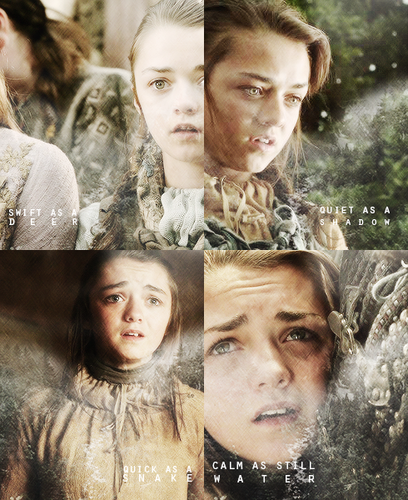 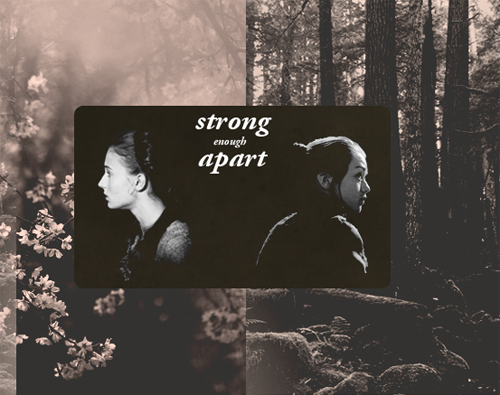 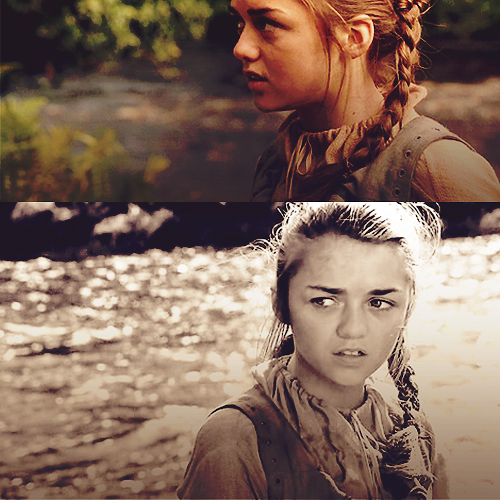 DEAD или MISSING
King Joffrey: ordered the execution of her father.
The Hound: killed her friend Mycah and laughed about it. (Later removed as they traveled together.)
Ser Amory: attacked her group, killed Yoren, and prevented her from reaching Winterfell.
Ser Gregor: his band's atrocities at Harrenhal.
The Tickler: Ser Gregor's torturer; killed many people before her eyes.
Polliver: one of Ser Gregor's company; украл, палантин her sword Needle.
Chiswyck: soldier guarding prisoners in Gregor's company; joked about their ordeal.
Weese: cruel understeward at Harrenhal who mistreated her when she worked for him...
continue reading... 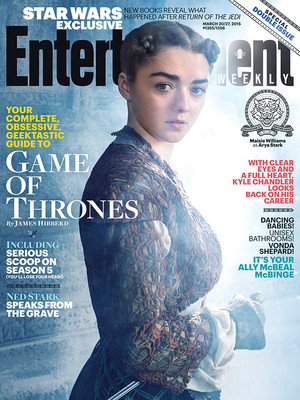 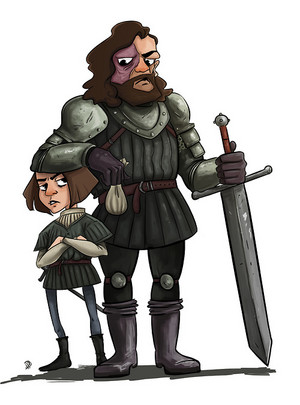 1
Arya Stark and The Hound
added by peteandco
Source: tumblr 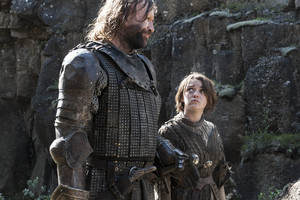 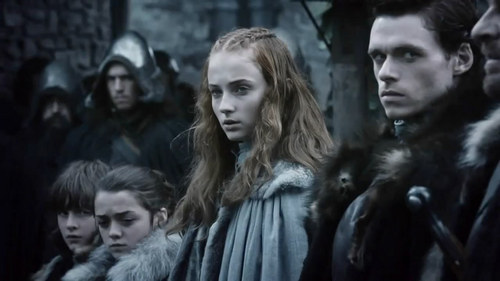 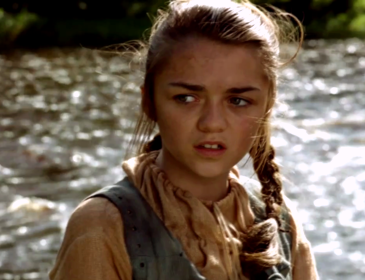 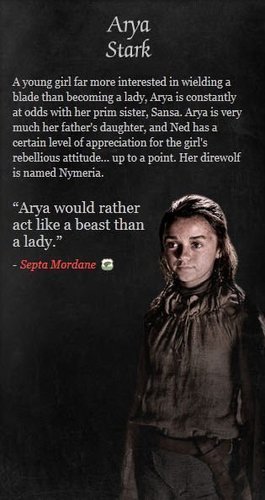 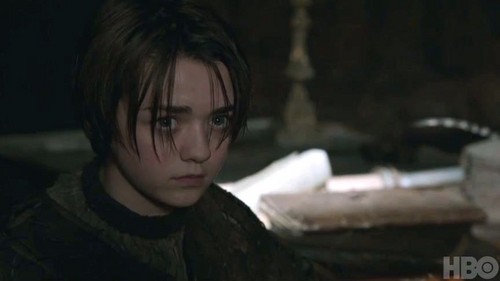 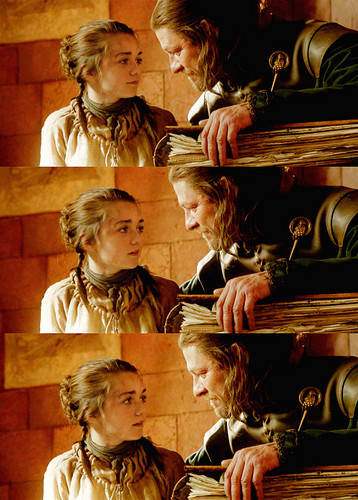 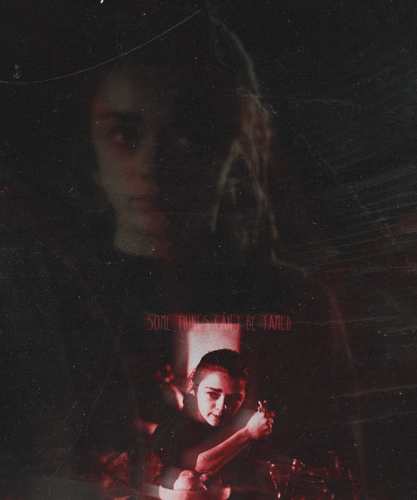 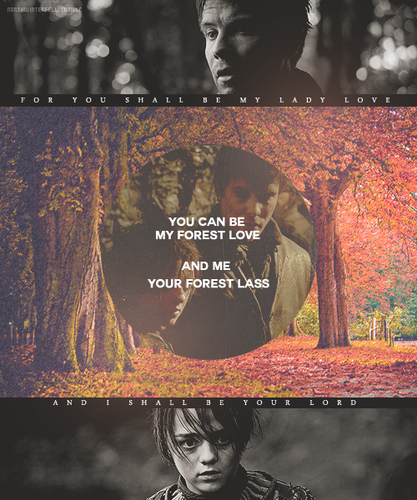