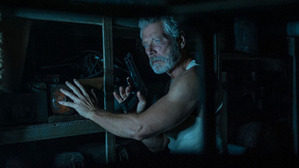 Rocky, Alex, and Money are three Detroit delinquents who make a living by breaking into houses secured by Alex's father's security company and selling the stolen items. Rocky longs to Переместить to California with her younger sister, Diddy, in order to escape from their abusive mother and her alcoholic boyfriend. However, the person buying the stolen goods from Money doesn't give them a fair price, not enough to fund Rocky's dream. Money then receives a tip that a US Army Special Forces veteran living in an abandoned Detroit neighborhood has $300,000 in cash in his house. He received it as a settlement after a wealthy young woman, Cindy Roberts, killed his daughter in a car accident. The three spy on the house and learn that the man, who served in the Gulf War, is blind caused by an explosion during the war.

That night, the three approach the house and drug the Blind Man's dog. Finding all entrances locked, Rocky enters the house through a small window and lets the other two in. The group searches the house for the money but are unable to find it. Money puts a sleeping gas bottle in the Blind Man's bedroom. Assuming the money is behind a locked door downstairs, he shoots the lock. The noise wakes up the Blind Man, who overpowers Money and demands to know who else is with him. Money insists he is alone, and the Blind Man kills him with his own gun. Terrified, Rocky hides in a closet, where she witnesses the Blind Man open a hidden безопасно, сейф to check his money. After he leaves, she opens the безопасно, сейф and takes the money, which appears to be at least $1,000,000. However, the Blind Man finds Rocky's shoes and realizes that Money was not the only intruder.

Rocky and Alex evade the Blind Man and hurry to the basement. There, they are shocked to find a restrained and gagged woman in a home-made padded cell. Desperate, the woman shows them a newspapers Статья about the car accident, revealing herself to be Cindy Roberts. Rocky and Alex free her and run to the storm cellar door, only to be taken off guard by the Blind Man who mistakenly shoots and kills Cindy. He breaks down crying when he discovers she is dead, sobbing "my baby". Rocky and Alex rush back into the cellar while the Blind Man shuts off the lights, plunging them into darkness. After a blind struggle, Alex knocks out the Blind Man and they flee upstairs.

After blocking the basement door, Rocky and Alex encounter the Blind Man's dog, who has woken. They flee into the bedroom, where they are trapped by the barred windows. Rocky escapes the room through a ventilation duct, while the dog attacks Alex, who falls out of a window onto a skylight, going unconscious. When Alex awakens, the Blind Man shoots out the skylight and corners Alex in the utility room, appearing to kill him with a pair of garden shears. Meanwhile, the dog pursues Rocky through the vents, and she is captured by the Blind Man. She wakes up restrained in the basement like Cindy was. The Blind Man reveals that Cindy was conceiving his child to replace his daughter. He then prepares to artificially inseminate Rocky, explaining that he will hold her captive for nine months, after she gives him a child. It is revealed that the Blind Man stabbed Money's corpse with the ножницы instead of Alex, who manages to save Rocky and handcuff the Blind Man.

Rocky and Alex are unable to call the police, as their blood is all over the house, so they try to leave through the front door. The Blind Man breaks free and shoots Alex dead. Rocky flees as the dog pursues her. She manages to trap the dog in her car хобот, ствол but gets captured again by the Blind Man. Inside his house, Rocky disorients him by setting off his house's alarm system, then hits him repeatedly in the head with a crowbar and pushes him into the basement. The gun fires into his side as he falls. Believing him dead, Rocky escapes before the police arrive.

With the money, Rocky prepares to leave Detroit with Diddy on a train to Los Angeles. Before boarding, she sees a news Сообщить about the incident. The Blind Man reported two intruders (Alex and Money), whom he killed in self-defense and is now in stable condition at the hospital, but he did not Сообщить about Rocky или the money. Rocky and Diddy board the train and leave. 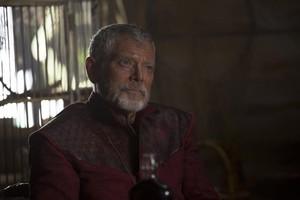 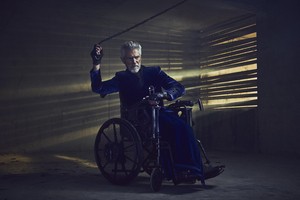 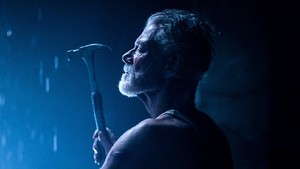 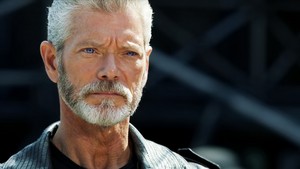 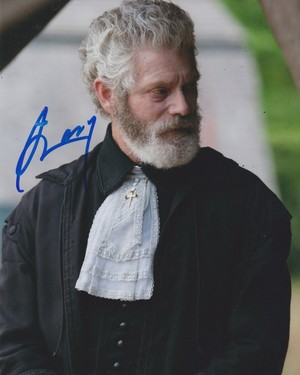 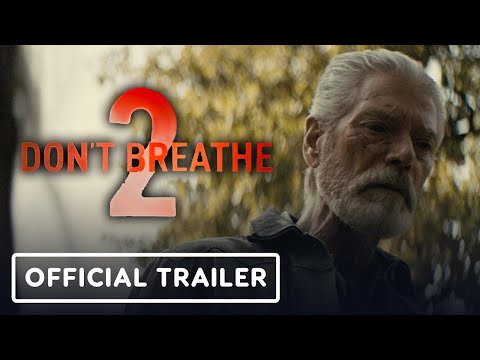 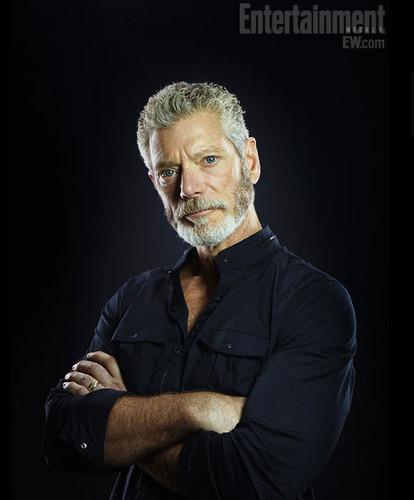 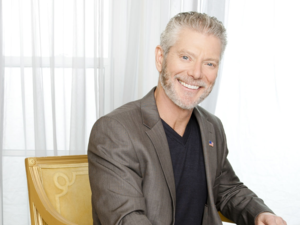 Stephen Lang
added by DoloresFreeman
Source: made by me 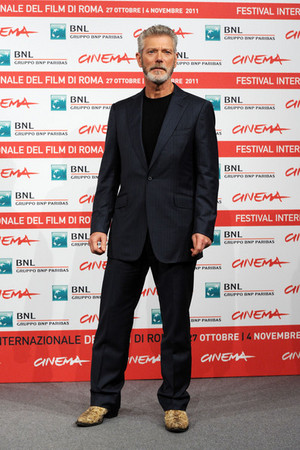 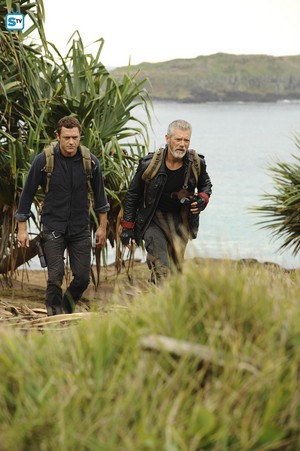 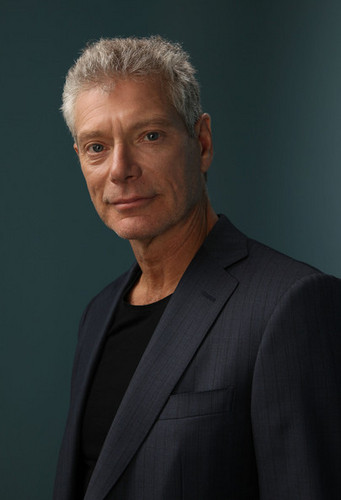